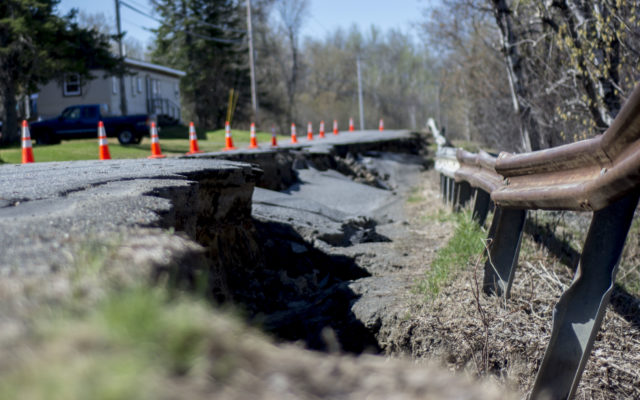 Chris Bouchard • May 31, 2018
City councilors voted Tuesday night to reimburse four homeowners living on the currently deteriorating River Road up to $1,000 a month in expenses to relocate until the city can figure out what needs to be done.

CARIBOU, Maine — City councilors voted Tuesday night to reimburse four homeowners living on the currently deteriorating River Road up to $1,000 a month in expenses to relocate until the city can figure out what needs to be done.

Problems with the River Road began in late April, when rain and runoff ate away at the soil underneath and undermined the integrity of the roadway, which runs parallel to the Aroostook River. The damage has worsened since then, creating a rift in the pavement, which now looks as though it was struck by an earthquake.

According to Aroostook EMA Director Darren Woods, preliminary damage estimates to the road total roughly $2.5 million. As a result, he and municipal officials are seeking federal assistance to help resolve the issue.

Once engineers from the Federal Emergency Management Agency complete their assessment, officials will seek to either repair the road, or if that is not possible, relocate it away from the river. That second option would require purchasing the four homes located within the quarter-mile long section of roadway that police have closed off to traffic.

As it stands, some families are still using their homes, but delivery drivers cannot bring fuel or mail to the homes and it is unsafe for emergency vehicles due to the road’s instability.

On Tuesday, Councilor Joan Theriault questioned a letter sent to residents by City Manager Dennis Marker in which he stated that the homes are still technically habitable, and that residents are not being required to leave.

“How do you deem a house habitable if you can’t get services?” Theriault asked. “I’ve heard a couple people are out of fuel already. People are traveling, but they need to go on lawns. We really need to look at this, because no matter what we do, people can’t be living there if they can’t get services.”

Marker said that “technically” the homes are still habitable, and that he understands Theriault’s concerns.

“It’s a discussion we need to have,” he said.

Richard Theriault, who owns a home in the damaged area, told councilors that an ambulance came to his residence once to take his wife to the hospital, but that they would not likely return.

“We had to rent an apartment,” he said. “My wife doesn’t want to drive on that road.” 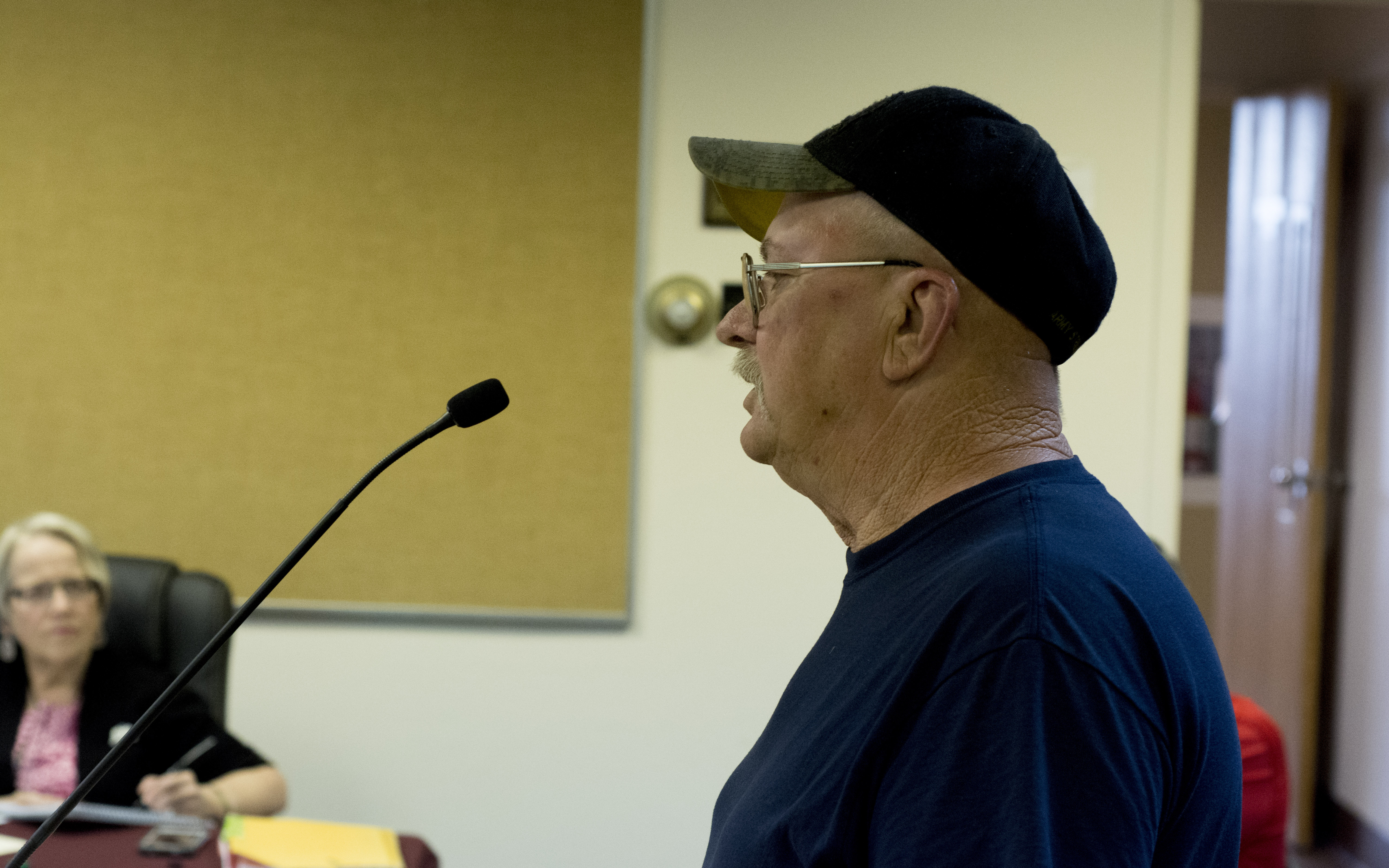 Richard Theriault, one of four homeowners who live within a dangerous and closed off quarter-mile area of the River Road, told Caribou city councilors on May 29 that his inability to receive services such as mail and fuel assistance, along with the structural instability of the road, have forced him to relocate to an apartment. (Christopher Bouchard)

He added that he and other residents haven’t heard anything about the city’s plans moving forward, such as when or if they would purchase the homes to allow for repairs to the roadway.

“We need an appraisal first,” said Mayor David Martin, “but I would not be opposed to paying your rent if you want to move out.”

The mayor added that “if you live in the city and pay taxes, you should be able to get to your home.”

Richard Theriault said he appreciates the gesture, and that he spoke to two engineers recently who indicated that the situation is worsening, and that he and a friend “got a chainsaw and cut a road up through the woods” because his wife will not drive on the road.

Martin made a motion to pay costs related to rent for the four homeowners on the road until a decision is made about how to proceed. The county and city officials are awaiting a report from FEMA, which is expected in early June. Local officials are hoping that federal funds will be available to help with whatever the solution may be.

Mark Goughan, the only councilor to vote against the motion, said the city should determine a procedure of reimbursement first so “everyone gets treated the same.”

“I have no problem with [reimbursement],” he said, “but there’s no understanding here.”

Goughan added that the landlord could decide to change the rent, and that he “didn’t know we were going to be voting on a budgetary item.”

“They didn’t know they wouldn’t have a home to go to,” the mayor responded.

“The house itself probably won’t fall,” Joan Theriault added, “but if you can’t get any services there, then I’m sorry but you can’t live there.”

Councilor Hugh Kirkpatrick suggested determining a universal plan for all the homeowners, in which the amount paid is capped and displaced homeowners are required to provide receipts.

Martin suggested creating a policy to “provide each homeowner with up to $1,000 a month” until a decision is made, “so someone can’t say, ‘My lifestyle demands a $3,000 a month place.’”

Richard Theriault added that he was “told by a few people’ that the city would not buy the properties because the municipality didn’t need them.

Martin laughed and said, “That’s not the point.”

Councilor Phil McDonough told Theriault to call the city manager if he has any questions, otherwise rumors will get started.

Councilors clarified the motion to include the $1,000 cap that covers rent, security deposit, and utilities, and then they voted five to one in favor.

Before moving onto the next agenda item, Councilor Tim Guerrette told Richard Theriault that they will let him know as soon as the city manager learns of any new developments in relation to the River Road.

Members of the Houlton Band of Maliseets will head to the ballot box in order to determine who will be elected as their new tribal chief.
Pets END_OF_DOCUMENT_TOKEN_TO_BE_REPLACED