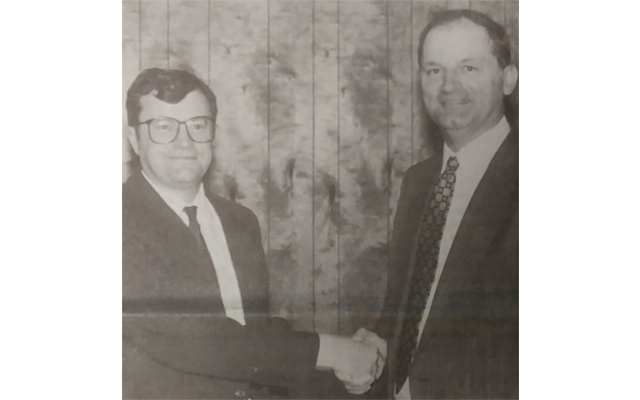 Staff, Special to The County • June 6, 2018
The first native strawberries to be picked this year were found last Friday on W.S. Webb’s farm by Cora Morgan and Jenie Langen.

Fresh strawberries — The first native strawberries to be picked this year were found last Friday on W.S. Webb’s farm by Cora Morgan and Jenie Langen.

Lesiure — Last Tuesday, while Mail Carrier J.H. FIsher was driving by the old trotting park, three deer were seen to cross the road at a leisurely gait, and then bound off into the woods.

Horse-trotting games — Aroostook will be in the horse-trotting game this year to quite a degree, war or no war.  32 horses are being trained at the Presque Isle track, 18 at Caribou and 16 in Fort Fairfield.

Movement — A movement is on foot among some of the leading citizens to take advantage of the vacant building lots caused by the fire of Monday morning and widen out High Street at its junction with Main Street.

Potato peeler — A new potato peeler, invented by Powers Pierson, son of Mr. and Mrs. O.T. Pierson, has recently been installed in the potato dehydration plant, operated by H.C. Baxter and Brother at Hartland, where Mr. Pierson is supervisor.  The peeler, which can take care of more than 500 barrels a day, is an integral part of the dehydrating process.

Suspension — The Vaughan House has lost its right to buy, sell or transfer processed foods for a three-day period as the result of a ration suspension order issued by Arthur L. Brown, OPA Hearing Commissioner.  The management of the Vaughan House is alleged to have been negligent in declaring its initial inventory of processed foods.

Electrical cord — An electrical cord nailed against the baseboard behind a soft drink machine has been cited by Harry D. L. Smith, county fire marshal, as the cause of the Sunday afternoon fire which destroyed the Rendezvous Restaurant in Limestone.  Damage to the restaurant was extensive, its valuation placed at 10,000. Nearly all the contents of the building were destroyed.

Semi-pro — All baseball players interested in a semi-pro team in Caribou are urged to attend a meeting at the Teague Park Field Sunday afternoon at 1:30.  Allan Cousins, director of recreation, sad Tuesday that there is a strong possibility of a league embracing Aroostook and New Brunswick teams. It has been some years since Caribou has had a semi-pro team.

CHS graduates 174 — One hundred seventy four Caribou High School seniors of the Class of 1993 walked the aisles of the school for the last time Sunday  afternoon to receive their diplomas at graduation exercises. According to David Ouellette, assistant principal, this is the first time in more than seven years there were more senior boys than a girl.  There were 92 boys and 82 girl graduates awarded diplomas from Superintendent of Schools Irvin Belanger; Carolyn Kelley, Caribou Board of Education chairperson; and Laura Bell, vice chairperson.

Cancels — The County’s June 2 decision regarding Madawaska Lake residents taking their garbage to the landfill in Fort Fairfield or hiring a private hauler is an attempt to remedy a environment waste practice.  According to David Cyr, the neighboring town of Stockholm received nearly $4,550 a year from the County for a transfer station at Madawaska Lake, and the Tri-Community Recycling and Sanitary Landfill in Fort Fairfield was paid another $3,780 directly for the same trash under the landfill’s per capita fee schedule.

Only one member of Maine’s congressional delegation had come out in favor of impeaching President Donald Trump ahead of House Speaker Nancy Pelosi’s Tuesday announcement that the Democratic-led House of Representatives would begin an impeachment inquiry.
Pets END_OF_DOCUMENT_TOKEN_TO_BE_REPLACED

We think a cat can make for the best pet in the world. To truly love a cat, you must learn to accept them for what they are -- unpredictable and quirky, which is something unique and unlike any other pet.
Campaign Corner END_OF_DOCUMENT_TOKEN_TO_BE_REPLACED