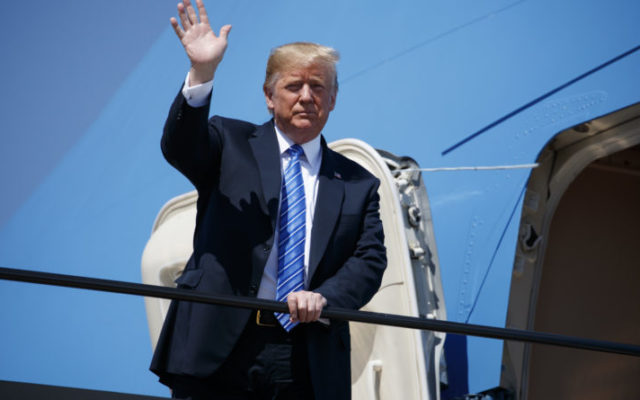 Ken Thomas, Associated Press • July 24, 2018
The Trump administration readied a plan Tuesday to send billions in emergency aid to farmers who have been caught in the crossfire of President Donald Trump’s trade disputes with China and other U.S. trading partners.

WASHINGTON, D.C.  — The Trump administration readied a plan Tuesday to send billions in emergency aid to farmers who have been caught in the crossfire of President Donald Trump’s trade disputes with China and other U.S. trading partners.

The Agriculture Department was expected to announce the proposal that would include direct assistance and other temporary relief for farmers, according to two people briefed on the plan, who were not authorized to speak on the record.

The plan comes as President Donald Trump is scheduled to speak at the Veterans of Foreign Wars national convention in Kansas City in the heart of the nation’s farm country.

Trump declared earlier Tuesday that “Tariffs are the greatest!” and threatened to impose additional penalties on U.S. trading partners as he prepared for negotiations with European officials at the White House.

The Trump administration has slapped tariffs on $34 billion in Chinese goods in a dispute over Beijing’s high-tech industrial policies. China has retaliated with duties on soybeans and pork, affecting Midwest farmers in a region of the country that supported the president in his 2016 campaign.

To read the rest of “Trump planning emergency aid to farmers affected by tariffs,” an article by Associated Press writer Ken Thomas, please follow this link to the BDN online.

Halfway Home Pet Rescue in Caribou has partnered with the Houlton Humane Society shelter for a cat spay and neuter clinic on Saturday, May 30, and Sunday, May 31, in Houlton.
Campaign Corner END_OF_DOCUMENT_TOKEN_TO_BE_REPLACED