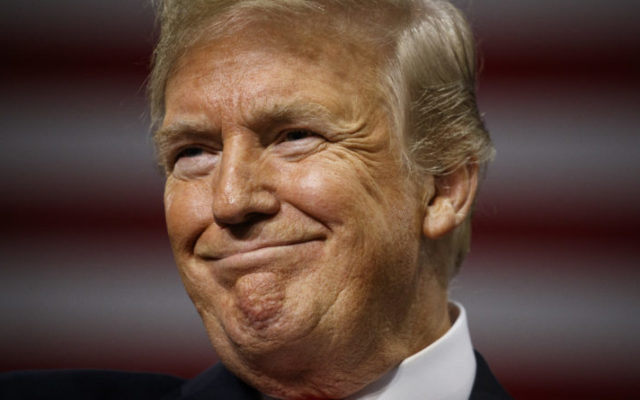 Donald Trump called on Attorney General Jeff Sessions to halt Special Counsel Robert Mueller’s investigation of Russian interference in the 2016 election, ramping up his attacks on the probe as the president’s former campaign chairman goes on trial for unrelated criminal charges.

“This is a terrible situation and Attorney General Jeff Sessions should stop this Rigged Witch Hunt right now, before it continues to stain our country any further,” Trump said Wednesday in a Twitter posting. “Bob Mueller is totally conflicted, and his 17 Angry Democrats that are doing his dirty work are a disgrace to USA!”

The public request to his attorney general to stop a federal investigation is an extraordinary departure from traditional boundaries between the president and law enforcement. Presidents typically avoid public comment on ongoing criminal investigations to avoid any perception they are seeking to influence the outcome.

“Jeez,” Republican Sen. Susan Collins of Maine gasped as she was read the president’s tweet in an interview. “This is unbelievable.”

To read the rest of “Trump’s demand that Sessions end the Mueller probe ‘totally inappropriate,’ Collins says,” an article by Bloomberg writers Terrence Dopp and Margaret Talev, please follow this link to the BDN online.

Only one member of Maine’s congressional delegation had come out in favor of impeaching President Donald Trump ahead of House Speaker Nancy Pelosi’s Tuesday announcement that the Democratic-led House of Representatives would begin an impeachment inquiry.
Pets END_OF_DOCUMENT_TOKEN_TO_BE_REPLACED

We think a cat can make for the best pet in the world. To truly love a cat, you must learn to accept them for what they are -- unpredictable and quirky, which is something unique and unlike any other pet.
Campaign Corner END_OF_DOCUMENT_TOKEN_TO_BE_REPLACED