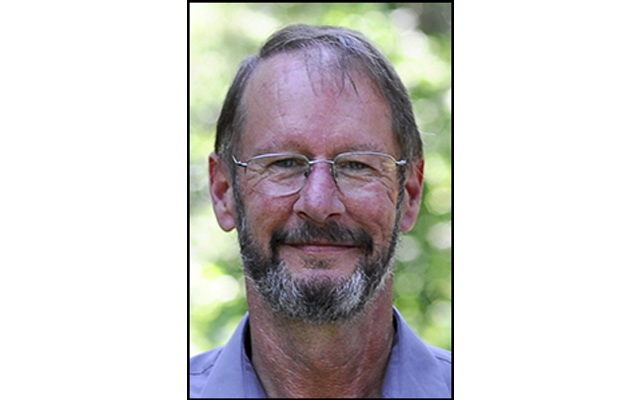 Contributed • August 8, 2018
Woodford 'Woodie' E. Garland, 70, passed away on Sunday, August 5, 2018, at a Bangor healthcare facility after a period of declining health.

MAPLETON, Maine – Woodford ‘Woodie’ E. Garland, 70, passed away on Sunday, August 5, 2018, at a Bangor healthcare facility after a period of declining health. He was born on June 1, 1948, in Presque Isle, the oldest child of Roland and M. Joan (Adams) Garland.
Woodie was a family man and always stayed close to the Garland homestead in Mapleton. He was self-employed with his father at Garland’s Auto Electric Service in Presque Isle for most of his life. After the business closed, he worked for Clukey’s Lawn and Leisure, MPG Hardware and MPG Truck & Tractor. Years ago, he worked as a projectionist at the Cinema and the Braden Theaters.
He was great at figuring things out and fixing things. He was the go-to guy if you needed a locksmith or a repair on your lawn mower or snow blower. His talents and hobbies were vast as he’s been involved with auto repair, small engine repair, keys / locks, stock car racing, go kart racing at Spud Speedway, motorcycles, wind power, solar power, truck and tractor pulls at the Northern Maine Fair, gardening, making homemade maple syrup, picking fiddleheads, planting fruit trees, raising ponies, raising goats, fishing, leatherworking, woodworking, building wagons / carriages (including a wedding carriage for his daughter, Paige), hay rides, building his home, and a log home for his daughter Laurie’s family on the Garland Road. He enjoyed walks in the woods on the family land and canoeing / kayaking on the Aroostook River. He also enjoyed camping and cooking with his children and grandchildren. He liked to make the family recipe of homemade macaroni.
His proudest accomplishment was the family he raised with Ann. Music played an important role in Woodie’s life. As a child, he would play guitar and sing in the choir at the Mapleton Methodist Church. He was in a band as a young adult and performed music throughout his life. He was a member of the local band, Reckless, in the mid-1990s. Later in life, his focus changed to bluegrass music where he sang lead, harmonized and played bass in Aroostook County Bluegrass for ten years. He had a special bond with his son, Craig, as he taught him to play guitar and appreciate music at a young age.
Woodie was predeceased by his father, Roland E. Garland, in 2007. He is survived by his mother, M. Joan Garland of Presque Isle; his ex-wife, Ann D. Garland, of Presque Isle; his daughter, Laurie Amero and her husband, Scott, of Mapleton; his daughter, Paige Allen and her husband, John, of Eddington; his son, Craig Garland and his partner, Abbey Greslick of Westbrook; his brother, Stephen Garland and his wife, Isabel Lee, of Washington, Utah; his sister, Donna Garland of Hamlin; his brother, William Garland and his wife, Lucinda, of Salem, New Hampshire; his grandchildren, Justin and Alec Gagnon, and Chase Allen and Katelyn Amero. Woodie is also remembered by his friend, Dean McDougall, and his cousins, Janice Wood and Brent Harper.
Friends and family may call on Wednesday, August 8, from 6 – 8 p.m. at Duncan Graves Funeral Home, 30 Church Street, Presque Isle, where a funeral service will be held on Thursday, August 9, at 10 a.m. A reception will immediately follow services at the funeral home. In lieu of flowers, donations may be made to Central Aroostook Association, 25 Lombard Street, Presque Isle, ME 04769, or a music charity of your choice. Memories and condolences may be shared with the family at www.duncan-graves.com

A few years back the Ark was gifted with something that we never dreamed possible. It is a gift that left us speechless and opened a whole new door for us.
Campaign Corner END_OF_DOCUMENT_TOKEN_TO_BE_REPLACED