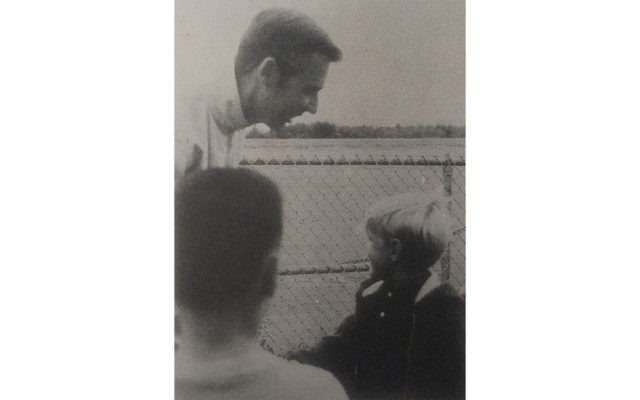 Contributed • August 22, 2018
Supt. Chase and the members of the school board visited all the rural school houses, and inspected the work which was being done.

New building — Supt. Chase and the members of the school board visited all the rural school houses, and inspected the work which was being done. A new building was being erected in the James district and the other buildings, where necessary, were being brought up to standard in the matter of lighting, heating and ventilation, so that all the buildings in the town fulfilled the requirements made by the State Board of Education. The work had been constantly supervised by Supt. Chase, and the school board expressed its approval of the changes already made and others which were rapidly being completed.

Northern Maine Fair — Prospects for the Northern Maine fair were very flattering. Never had there been such an extensive demand for space for exhibits of all kinds as this season. The Superintendent of Grounds, C. H. Richardson kept busy and had difficulty in meeting the many demands.

Nurses Corps — Frances Chesley, formerly of Presque Isle and the sister of Lt. Lloyd Chesley who was with the Air Corps in England, was commissioned second lieutenant in the U.S. Army Nurses Corps and was stationed at a base in California. Previous to enlisting in the Nurses Corps, Lt. Chesley was affiliated with Ellis Hospital in Schenectady, N.Y., following a three-year stay in Colombia, S.A., with the Standard Oil Company. Her training comprised two years at the Lahey Clinic, two years at Long Island College Hospital, and affiliation with Beekman St. Hospital, New York City.

Mr. Rogers visits — Amid children’s cheers and the whine of jet engines, Mr. and Mrs. Fred Rogers arrived at the Presque Isle Municipal Airport. Rogers was the host of the children’s program “Mr. Rogers’ Neighborhood,” seen each afternoon at 5 p.m. Monday through Friday. His visit to Presque Isle was brief as he was just passing through on his way to Grand Lake for a two-week vacation.

Police add five — Five men were hired by the Presque Isle Police Department. Three of the men were replacements for officers who had resigned and two of them were hired to fill posts created. The five men brought the strength of fulltime men on the force of 16. Two of the men were night dispatchers and the other three, regular patrolmen. Dispatcher Ernest Campbell from Florenceville, N.B., who served in the U.S. Army and held the rank of E-5 at discharge; dispatcher William O’Brien, 22, from Presque Isle and had attended three semesters at Aroostook State College; Patrolman Rudolph Tardif, a Van Buren native, worked as a police officer on the Madawaska Police Department, served in the US Army and held the rank of sergeant when discharged; Robert Sebelist, 23, from Pennsylvania and Delaware, who served four years with the U.S. Air Force. He received his discharge while holding the rank of airman first class; and patrolman Ralph Henderson, 31, of Presque Isle, served with the Marine Corps where he attained the rank of corporal.

Gardener’s attempt — A Presque Isle gardener diligently tended his greenery, hoping a national television contest could put Aroostook County on the map. Joe Hedrich III, who with his father, Joe II, cultivated two gardens totaling about 10,000  square feet, was named one of five finalists in a national contest sponsored by the Public Broadcasting Service’s popular “Victory Garden” show. Hedrich’s gardens were featured in a video segment on the program during the weekend, airing locally on the Maine Public Broadcasting Service.

For all it does to refresh us, burn energy and keep us sharp, we all need playtime, dogs and cats included. Sharing playtime with pets has the added benefit of strengthening the bond between us, so we better understand one another.
Campaign Corner END_OF_DOCUMENT_TOKEN_TO_BE_REPLACED