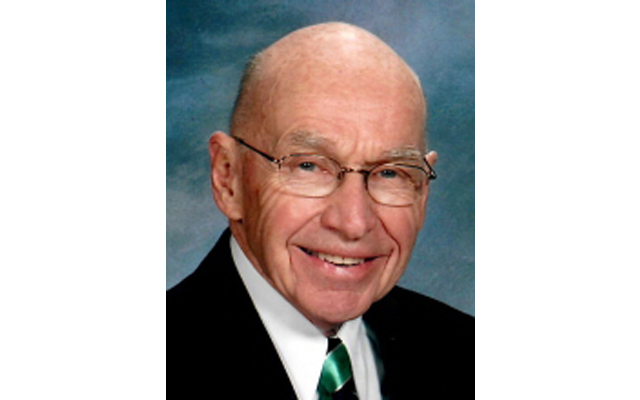 Williams died on Monday, August 20, 2018, at his residence while surrounded by his family. He was 89.

Born in Brooklyn, N.Y., on March 11, 1929, Williams moved to Linneus in 1937. He was a graduate of Ricker Classical Institute and Bowdoin College. After marrying his wife, Nadine, in 1953, they moved to New York so that he could attend Cornell Medical School. Following his internship and residency, he moved to Salina, Kansas, where he served as captain in the medical division of the U.S. Air Force. Following that, the couple returned to Houlton, where in 1958 he began to practice  as a family physician.

Janice Hastings, 63, who now lives in Cambridge, Mass., recalled Williams fondly Thursday. She and her husband were staying in Houlton with her parents for a short time back in 1978 when she was pregnant with her first child.

“My husband was stationed at Loring Air Force Base,” said Hastings. “That was great for me, because I had grown up in Houlton, but we had just recently gotten orders there so we were living with my parents. I didn’t know Dr. Williams that well but my parents assured me that he’d be the best doctor for me, and they were right. He was the kindest, most knowledgeable doctor. I just loved him. I was sad to hear he had died.”

“He was our family doctor,” she said. “When he was practicing, I took all of my children to see him and I never had a complaint about him. If he had not retired when he did, I would have taken all of my grandchildren to him. He was fantastic.”

Friends may call at 10 a.m. on Saturday, August 25, 2018, at Military Street Baptist Church, Houlton, where a service will be conducted at 11 a.m. with the Rev. Randall Burns officiating.

Only one member of Maine’s congressional delegation had come out in favor of impeaching President Donald Trump ahead of House Speaker Nancy Pelosi’s Tuesday announcement that the Democratic-led House of Representatives would begin an impeachment inquiry.
Pets END_OF_DOCUMENT_TOKEN_TO_BE_REPLACED