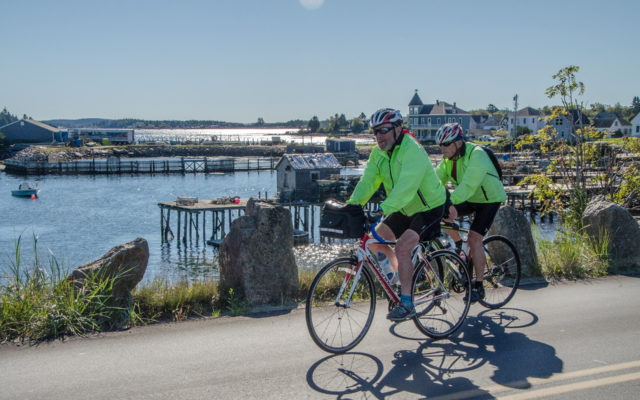 Melissa Lizotte • August 27, 2018
In just a few short weeks Presque Isle will become the first destination for a group of 450 cyclists from across the country who will participate in the annual BikeMaine trek.

PRESQUE ISLE, Maine — In just a few short weeks Presque Isle will become the first destination for a group of 450 cyclists from across the country who will participate in the annual BikeMaine trek.

BikeMaine is a weeklong ride that takes cyclists through a chosen region of the state each year in late summer and is the Bicycle Coalition of Maine’s largest event. Host communities serve as overnight stops for the cyclists, who often take advantage of each region’s cultural and historical attractions and shopping and dining opportunities. Last year BikeMaine’s ride in Somerset County brought in $660,000 to its host communities and $2.3 in direct economic impact to the state.

Throughout the afternoon of Saturday, Sept. 8, cyclists will arrive in Presque Isle and take part in private tours hosted by the Presque Isle Historical Society and hikes at Nordic Heritage Center and Aroostook State Park.

At 7:30 p.m. both the public and BikeMaine cyclists are invited to attend a free concert from Star City Syndicate on the soccer field at Riverside Park. The band will perform underneath the BikeMaine tent and people are encouraged to bring their own seating.

The evening’s activities will correspond with the grand opening of the new playground on Riverside Drive next to the splash pad. A ribbon cutting will take place at 6:30 p.m.

The next day at 7:30 a.m., the cyclists will begin riding along Riverside Drive and head down State Street onto Main Street, after which they will head toward Fort Fairfield. Caribou will serve as their second host community, and from there they will travel through Madawaska, Fort Kent and St. Agatha throughout the rest of the week before returning to Presque Isle.

This year marks the first time that the Bicycle Coalition of Maine will host BikeMaine in Aroostook County. Mike Chasse, community coordinator for the Presque Isle events, said that having so many cyclists spending time in the city at once will give area towns a chance to showcase outdoor venues, businesses and other attractions to potential tourists.

“BikeMaine is unique because people participate simply to ride their bikes and check out the terrain and scenery,” Chasse said. “We feel strongly that Aroostook County has some of the most beautiful scenery in the country and we’re excited to be able to showcase what our communities have to offer.”

For more information about BikeMaine and this year’s route, visit http://ride.bikemaine.org/.

Halfway Home Pet Rescue in Caribou has partnered with the Houlton Humane Society shelter for a cat spay and neuter clinic on Saturday, May 30, and Sunday, May 31, in Houlton.
Campaign Corner END_OF_DOCUMENT_TOKEN_TO_BE_REPLACED