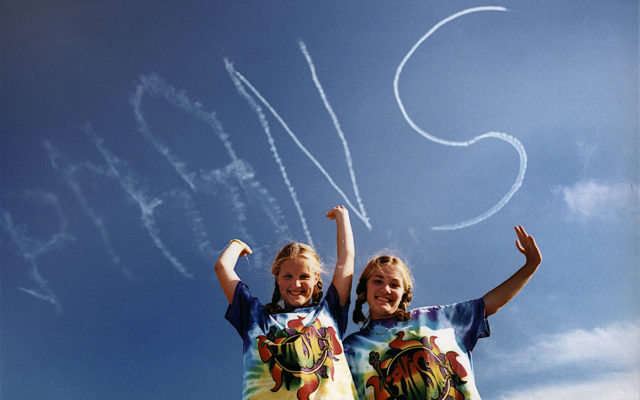 Chris Bouchard • September 1, 2018
Over two decades have passed since the band Phish first graced the former Loring Air Force Base in 1997, bringing tens of thousands of fans along and even briefly making the small town of Limestone the most heavily populated in Maine.

LIMESTONE, Maine — Over two decades have passed since the band Phish first graced the former Loring Air Force Base in 1997, bringing tens of thousands of fans along and even briefly making the small town of Limestone the most heavily populated in Maine.

The band held three festivals at the former base: 1997’s “The Great Went,” which takes its name from David Lynch’s Twin Peaks; 1998’s “Lemonwheel,” an anagram for “Hello, new me,” and play on words based on Limestone’s name, as both contain citrus fruit; and 2003’s “IT,” which was made into a two-disc DVD featuring a PBS documentary of the band.

In addition to drawing numbers of people never before seen in The County, the shows each had an economic impact on the region.

Loring Development Authority President Carl Flora, who served as LDA vice-president during all three shows, said each show brought “tens of millions” of dollars to Aroostook County, and that the IT festival in particular made $8.4 million through ticket sales alone.

Out of all three festivals, Flora said the first brought the most surprises. The promoter, Great Northeast Productions, contacted LDA officials and told them the show would bring over 50,000 to the region. Everyone at Loring, according to Flora, was highly skeptical, even after the promoter assured them that “Phish is a special band” with a loyal group of followers.

Despite their disbelief, Loring officials navigated all the red tape, obtained permits, coordinated a law enforcement presence, and procured facilities based on the promoter’s projections.

When the band first came in 1997, more than 65,000 fans flocked to the former base, making Limestone the state’s most highly populated municipality by topping Portland’s census numbers at the time. 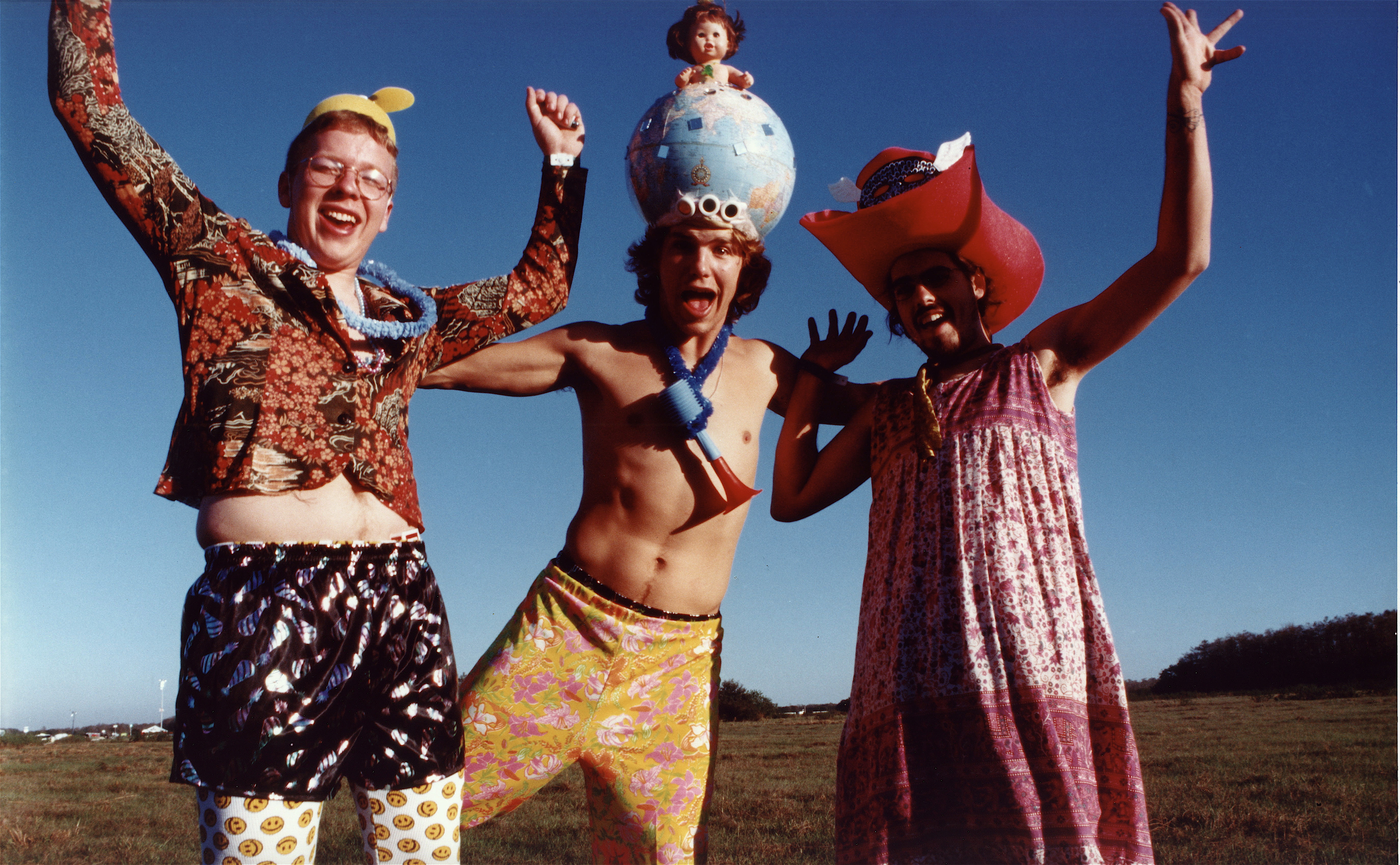 Phish fans are known for traveling hundreds of miles to follow the band on tour. Here, three fans can be seen in high spirits at the 1998 “Lemonwheel” festival in this photo taken by former UMPI art professor Andy Giles. (Courtesy of Andy Giles)

“I don’t think the community was really ready for the first year,” Flora said. “We heard that some stores were completely cleaned out. The shelves were bare; they didn’t have even basic things like ice and bread.”

Despite their initial hesitance, Flora said the community quickly accepted concert-goers, who proved to be “very calm and peace loving.”

For all three shows, UMPI Art Professor Andy Giles brought a 35mm camera along with wide angle, telephoto, and 50mm lenses and a “whole bag of tricks” while navigating the undulating sea of concertgoers to document the event.

“It was kind of like an Olympic event sprinting from one happening to the other,” he said. “People were dancing.  There were sculptors, performance artists, and even a 4K marathon race.”

He noted that, just a few years prior, B-52s equipped with hydrogen bombs had been taking off on the runway.

“Then, all of a sudden it becomes a gigantic venue for a huge festival,” he said. “It’s an interesting dichotomy.”

Giles, who now lives in Idaho, said the three festivals are the “most extraordinary events” he witnessed through 35 years of teaching at UMPI.

The Bangor Symphony Orchestra was invited to the Lemonwheel festival, and played between sets. During “The Great Went,” both Flora and Giles said one of the most memorable moments was photographer Spencer Tunick orchestrating a massive nude photograph,” snapping the shot while more than one thousand concertgoers lay naked, on their backs, facing the sky.

Giles referred to it as a “landscape of nude people,” and added that Tunick was one of many “first rate artists” attending the show.

For “IT,” their final festival, Phish surprised guests with an unexpected performance atop an abandoned control tower.

“It was completely unannounced,” said Giles. “It wasn’t in the program, and nobody was told. Probably 60 percent of the people were asleep when this bizarre music, this amazing space jam, suddenly started.”

The Bandaloop Dance Troupe, whose name is taken from the Tom Robbins novel “Jitterbug Perfume,” rappelled from the tower and gave a mid-air performance alongside the band during the 2:30 a.m. set.

Giles went to each of the festivals before they opened, documenting as much as he could until the very end.

“It was a pretty unique experience for me,” he said, “but it was exhausting. I probably collapsed for three or four days after each of those events.”

Each show also provided work for numerous local residents. Vaughn Keaton, owner of BK Locks in Caribou, said he made $5,000 during one of the shows by unlocking numerous vehicles for concert-goers who lost their keys. 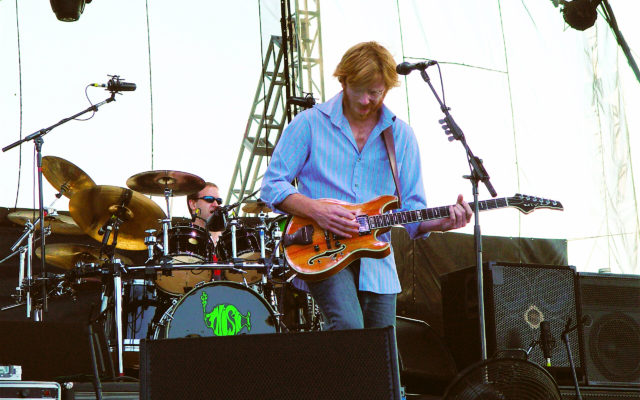 Drummer Jon Fishman, left, and lead guitarist and vocalist Trey Anastasia take the stage during the 2003 “IT” festival at the former Loring Air Force base in this photo taken by former UMPI Art Professor Andy Giles. (Courtesy of Andy Giles)

“What an experience,” she recalled. “I really hope they bring back the Phish concert, so maybe this time I can watch.”

Flora said the concerts employed “about 1,000 workers” who all had meals at the NCO (Non-Commissioned Officers) Club on the base.

“It was very complex logistically,” Flora said, “but they carried on like it was second nature. Really, all three events went very well.”

The only significant drawback, Flora said, was the post show trash clean-up.

“After everyone left, there would be a huge clean-up effort that took about a week,” he said, adding that over 250 tons of garbage was taken to the landfill after one of the shows.

“People left all kinds of things here, even cars,” he said with a laugh.

In 2009, Giles and other UMPI staff hosted a Phish Retrospective featuring an exhibition in the university’s “Reed Gallery,” including pieces of clothes left behind at the show, photographs, and presentations from Phish archivist Kevin Shapiro, former LDA President Brian Hamel, contractors who built the stages, and law enforcement members who were on the scene guiding traffic.

The exhibition lasted for three months and covered every conceivable aspect of the three shows.

Giles was happy to be able to share photos and memories of the shows with his students years later.

“They were aghast that something like that happened in northern Maine,” he said. “They all wished they could have been there.”

He said that while “Phish is still one of the top grossing touring bands today,” they haven’t quite done anything on the same level as their three Loring festivals.

Looking ahead, Flora said he “certainly wouldn’t rule out” the possibility of hosting another Phish festival at the former Air Force Base.

“My only concern is that it might be a problem if we get to the point where we are a commercial airport with steady air traffic,” he said. “But without that, I’d say sure.” 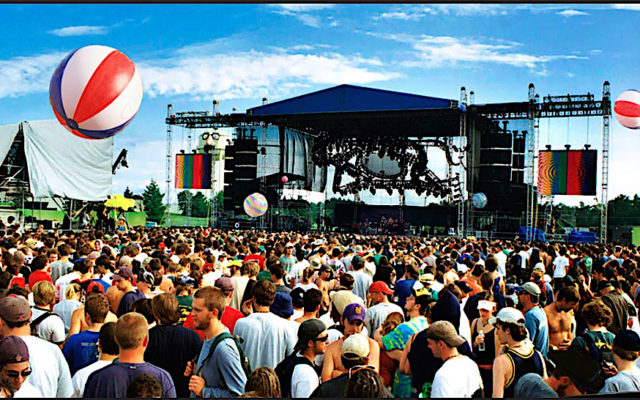 Limestone was briefly the most populated town in Maine during the three Phish concerts at Loring Air Force Base. Fans toss beach balls while enjoying Phish’s music during the 2003 “IT” Festival in this photo taken by former UMPI Art Professor Andy Giles. (Courtesy of Andy Giles) 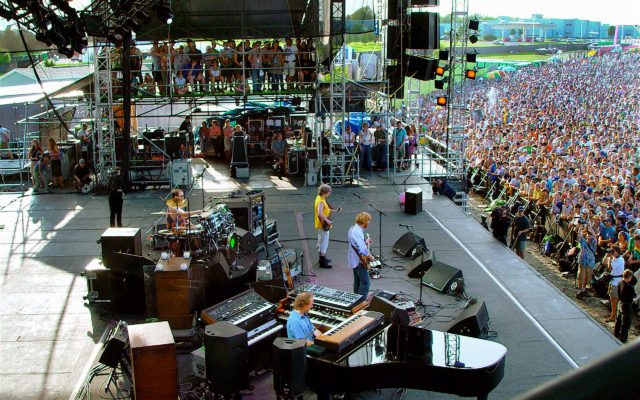 Phish plays to over 65,000 fans at the former Loring Air Force base during the 2003 “IT” festival. (Courtesy of Andy Giles)

Members of the Houlton Band of Maliseets will head to the ballot box in order to determine who will be elected as their new tribal chief.
Pets END_OF_DOCUMENT_TOKEN_TO_BE_REPLACED