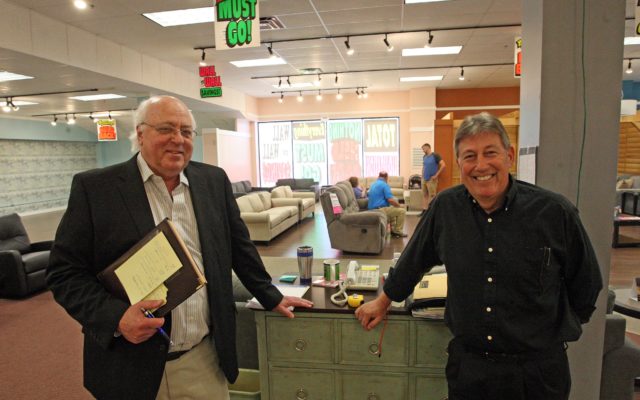 Joseph Cyr • September 5, 2018
Monday marked the end of an era for yet another iconic business as Dunn Furniture Company closed its doors one final time.

HOULTON, Maine — Monday marked the end of an era for yet another iconic business as Dunn Furniture Company closed its doors one final time.

Founded in 1908 by the late Frank Dunn, the furniture store has been an iconic business in the Shiretown for the past 110 years. It has remained in the Dunn family for generations, but reached a point where it was difficult for the family to continue operating.

Gary Lovell, event liaison for Dunn’s liquidation sale, has been with the company for the past couple of years and has seen a steady stream of customers both old and new stopping into the store. The final day of business was Monday, Sept. 3.

“It has been more emotional for customers than I thought it was going to be,” Lovell said. “Many have come in and tell us how sad they are to see us go and relate stories of how they or their parents had purchased all their furniture here. The number of people that have come in to say goodbye is shocking.”

Dave Brown, who at one time was married to Frank Jr.’s daughter Julie, has been with the company for 37 years and seen many changes over the years.

“This wasn’t just a job, it was a family,” Brown said. “Back in the day, with Loring Air Force Base (in Limestone) business was great. We would be open every night until 10 p.m. There were a lot of people coming through these doors.”

Brown said he has seen generations pass through the doors with grandparents, parents and children all shopping there doors during his time with the company. But unfortunately, changes in the marketplace have made it difficult to sustain a high-end furniture store in the Houlton area, Brown added.

“Today’s generation is all about moving around to five or six different jobs or places to  live by the time they are 30,” he said. “Nothing really means a whole lot and the last thing they are thinking about is quality furniture that will last.”

Dunn Furniture began in downtown Houlton at the Heywood Block. At the time of its inception, both the furniture company and Dunn Funeral Home business were in the same location. After Frank’s death in 1926, his son Donald took over with his wife Ella. They had three sons, David, Frank Jr. and John, who continued with the family business.

By 1940, Dunn Funeral Home moved to its current location on Park Street, while the furniture company grew steadily, which required more space. In 1971, the furniture business moved to North Street with a massive 20,000 square foot showroom.

As the years went on, and business slowed, sections of the Dunn Furniture building were split up, allowing for Rite-Aid to take over the corner portion, while Dollar Tree and Olympia Sports also located in the plaza. A couple of years ago, the building was sold to a developer in the Brewer area.

History for Dunn Furniture Company was obtained from an article in the Bicentennial edition of The Houlton Pioneer Times that was published on May 2, 2007. 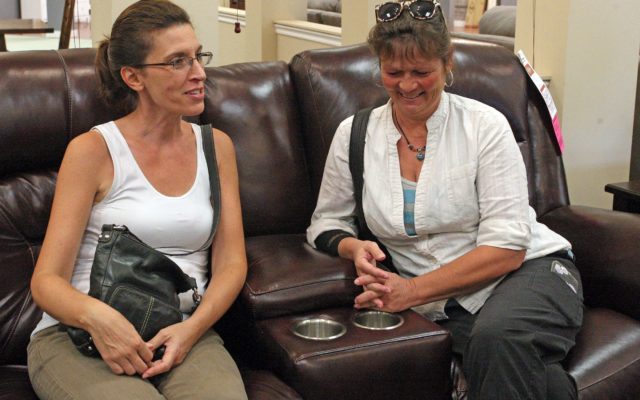 Tonya York, left, and Sara Wotton try out a couch during the final day of business at Dunn Furniture Company in Houlton. The two said they stopped by the store to see if there were any good deals before the company closed its doors for good on Sept. 3. (Joseph Cyr)

Only one member of Maine’s congressional delegation had come out in favor of impeaching President Donald Trump ahead of House Speaker Nancy Pelosi’s Tuesday announcement that the Democratic-led House of Representatives would begin an impeachment inquiry.
Pets END_OF_DOCUMENT_TOKEN_TO_BE_REPLACED

Recently we had a young man attend one of our board meetings to express an interest in helping the animals.
Campaign Corner END_OF_DOCUMENT_TOKEN_TO_BE_REPLACED