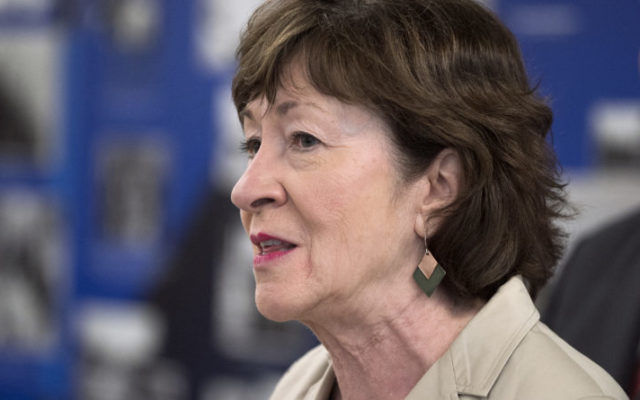 Michael Shepherd • September 11, 2018
Good morning from Augusta, which is just one place where Maine progressives are trying to pressure U.S. Sen. Susan Collins to oppose a Supreme Court nominee whom they view as a threat to abortion rights.

Good morning from Augusta, which is just one place where Maine progressives are trying to pressure U.S. Sen. Susan Collins to oppose a Supreme Court nominee whom they view as a threat to abortion rights.

But it does not seem to be working. Collins told a conservative news outlet that a crowdfunding effort trying to influence her to vote against Brett Kavanaugh, President Donald Trump’s Supreme Court nominee, is “the equivalent of an attempt to bribe me.”

It’s another sign that the Maine Republican is leaning toward backing Kavanaugh, whose confirmation hearings before a Senate panel ended last week. We’re now waiting for Collins’ decision, although it hasn’t seemed to be in too much doubtfor at least a few weeks now.

Collins has long said liberal pressure wouldn’t sway her vote. These are her strongest words against a massive crowdfunding effort. There would be lots of reasons to think that Collins would vote for a default Supreme Court pick: She has never opposed a nominee in more than 20 years in the Senate covering picks from three different administrations.

A few years back the Ark was gifted with something that we never dreamed possible. It is a gift that left us speechless and opened a whole new door for us.
Campaign Corner END_OF_DOCUMENT_TOKEN_TO_BE_REPLACED