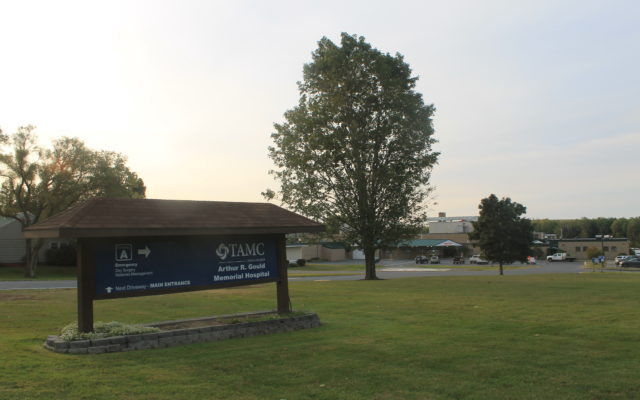 TAMC, other hospitals around Maine changing their names next month

Nick Sambides • September 25, 2018
The leaders of Eastern Maine Healthcare Systems want their facilities seen in a new light -- a northern light, if you will.

The leaders of Eastern Maine Healthcare Systems want their facilities seen in a new light — a northern light, if you will.

EMHS announced Monday that it will be changing its name as well as the names of 20 of its facilities around the state — including The Aroostook Medical Center in Presque Isle — next month to promote the improved continuity of care that they offer, said Jonathan Hutter, Eastern Maine Healthcare System’s director of brand and marketing.

The new names might be a mouthful, but they “reflect our integration as a system. Before it really was unrecognized,” Hutter said. “Now people can recognize the scope of the system.”

The name change is more than a fresh attempt at marketing EMHS, Hutter said.

The health care system is in the process of installing a Cerner Millennium electronic health records platform at all of its facilities. This should allow for uniform record keeping and transfers, and improve communication between doctors and facilities, Hutter said.

“When you are moving from one site of medical care to another, your records move with you,” Hutter said.

The name change does have variances. The word “memorial” will be cut from all EMHS hospitals. Thus Charles A. Dean Memorial Hospital of Greenville will be Northern Light Charles A. Dean Hospital.

Other name changes reflect the history of a building or other form of change. The Aroostook Medical Center will become Northern Light A.R. Gould Hospital because that’s been the name of the building for many years. VNA Home Health Hospice becomes Northern Light Home Care & Hospice.

EMHS will hold what it calls “celebration events” at EMMC in Bangor and Mercy Hospital in Portland, and the hospitals in Ellsworth, Presque Isle and Waterville on Oct 1, said Karen Cashman, EMHS spokeswoman.

Each facility’s celebration will include discussions of its renaming itself Northern Light Health and how it is changing its focus, she said.

Only one member of Maine’s congressional delegation had come out in favor of impeaching President Donald Trump ahead of House Speaker Nancy Pelosi’s Tuesday announcement that the Democratic-led House of Representatives would begin an impeachment inquiry.
Pets END_OF_DOCUMENT_TOKEN_TO_BE_REPLACED

Recently we had a young man attend one of our board meetings to express an interest in helping the animals.
Campaign Corner END_OF_DOCUMENT_TOKEN_TO_BE_REPLACED