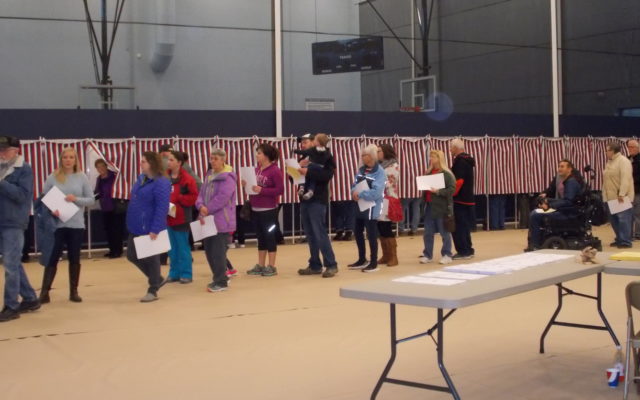 All four of the statewide bond referendums passed on Election Day and also received majority support in Presque Isle. The initiatives will see the state borrowing and investing about $200 million in water treatment and road infrastructure and the University of Maine system and community college system campuses.

Question 1, the universal home care initiative, failed to pass statewide with more than 60 percent of voters statewide and in Presque Isle opposing the measure.

In Aroostook County, state Sen. Mike Carpenter (D-Houlton) was re-elected to the Senate District 2 seat representing southern and central Aroostook County. In unofficial results, he beat challenger Karen Reynolds, R-Fort Fairfield, with 52 percent of the vote to her 48 percent.

In House District 146, representing a south-to-north swath of central Aroostook County from Blaine to Woodland, incumbent Dustin White, R-Washburn, was re-elected with 65 percent of the vote over challenger Sarah LeClair of Woodland.

A plurality of Presque Isle voters also backed Republican incumbent Bruce Poliquin for U.S. Congress, with 38 percent of the first choice vote in the four-way race being determined by ranked-choice voting. Democrat Jared Golden received 32 percent of those votes.

At the Houlton Humane Society, we take adopting the cats and dogs in our charge very seriously.
Campaign Corner END_OF_DOCUMENT_TOKEN_TO_BE_REPLACED