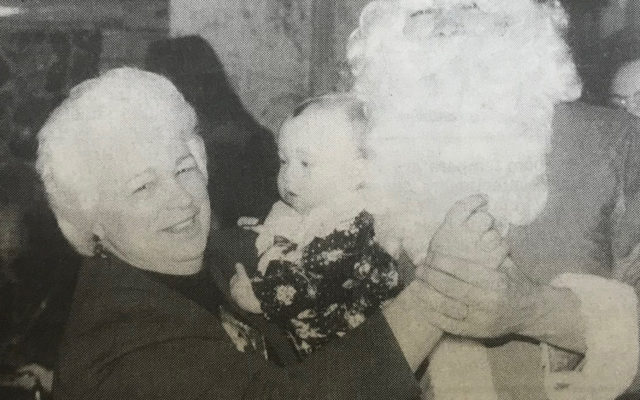 Victory huts — Campaign manager Jefferson C. Smith of Waterville received a telegram from John R. Mott Saturday, Nov. 30, announcing officially that Maine is to have one of the Victory huts named for it as a result of its splendid record in the United War Work Campaign. It was one of the first 11 states in the union to go “over the top” in that great drive as well as the first in New England.

Fat collection — The Houlton public schools will launch, next Monday, a fat salvage drive which they will conduct for the remainder of the school year. A barrel to hold the fat collection will be placed in each school building in town. The pupils will call at homes to gather up the fat accumulation, which will be deposited in the barrels. The money which is received from the sale of fats will be kept by the principal of each school and will be used for school purposes.

The new Brenda Baker — The Maine Potato Commission this week announced the selection of a young Maine housewife to serve as Brenda Baker, the living trademark of Maine’s potato industry, culminating a five-months-long search for a new Brenda. Commission Consultant Harold E. Bryant identified the new Brenda as Mrs. Doris Boisvert of Lewiston, mother of three children and wife of a manufacturer’s representative.

Wins color TV set — Mrs. Thelma Benn got a quick lesson in how to adjust her new 23-inch color television set, presented to her by the Houlton Rotary Club in conjunction with the club’s annual auction. Jack Ketch, chairman of the Rotary’s television committee, made the adjustment.

Bookmark winners — First-place winners of the bookmark contest held in conjunction with Reading Awareness week at SAD 70 Middle School will compete in the countywide competition in Presque Isle in January. The winners were; Kate Charest, grade 1; Elisha Folkins, grade 4 and Jessica Suitter, grade 6. The winners were awarded a book.

Only one member of Maine’s congressional delegation had come out in favor of impeaching President Donald Trump ahead of House Speaker Nancy Pelosi’s Tuesday announcement that the Democratic-led House of Representatives would begin an impeachment inquiry.
Pets END_OF_DOCUMENT_TOKEN_TO_BE_REPLACED