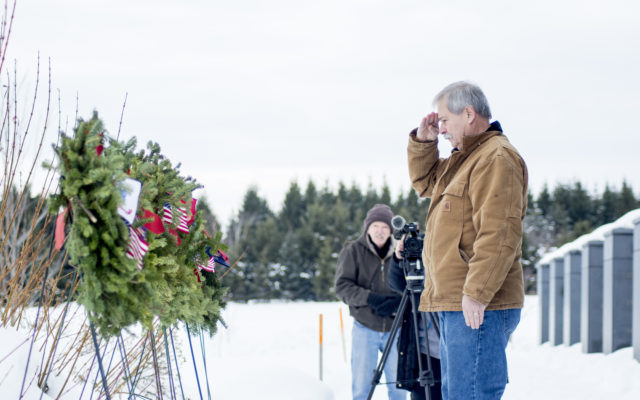 Chris Bouchard • December 17, 2018
For decades, veterans groups in Caribou and elsewhere have been holding ceremonies honoring those who sacrificed their lives for their country by placing wreaths on their gravesites in December.

CARIBOU, Maine —  For decades, veterans groups in Caribou and elsewhere have been holding ceremonies honoring those who sacrificed their lives for their country by placing wreaths on their gravesites in December. This marks the first year, however, that the Wreaths Across America ceremonies were part of a federally recognized holiday.

U.S. Sens. Susan Collins and Angus King of Maine introduced a resolution to declare Dec. 15, 2018, as “Wreaths Across America Day,” which was subsequently unanimously passed by the U.S. Senate. Collins and King recognized the event’s 27 year history in a joint statement, in which they said the event has become “an enduring symbol of valor and sacrifice, and reaffirms our never-ending obligation to thank those who served in defense of our nation.”

Now a nationally recognized ceremony, Wreaths Across America was inspired by former Bangor Daily News paperboy Morrill Worcester, who took a trip to Washington, D.C., as a 12 year old. Worcester later founded the “Worcester Wreath Company” and contacted U.S. Sen. Olympia Snowe in 1992 when he was experiencing a wreath surplus, suggesting that the wreaths be placed on graves at the Arlington National Cemetery in Virginia. 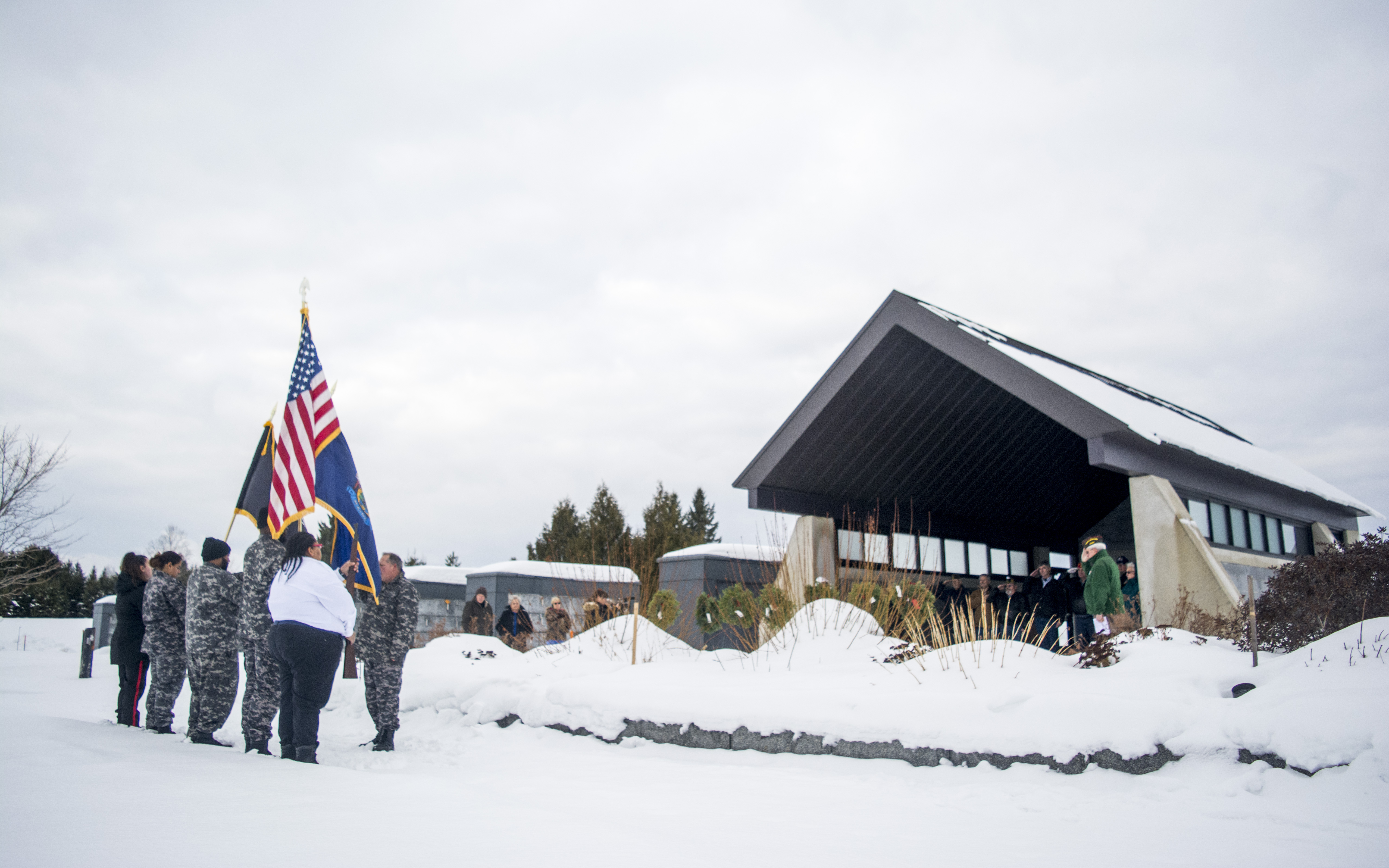 Members of the Loring Job Corps Honor Guard, left, present the flags as taps are played at the conclusion of the Dec. 15 Wreaths Across America ceremony at the Northern Maine Veterans Cemetery in Caribou.
(Chris Bouchard)

The rest is history, as the event soon became an annual tradition held in thousands of locations across the country.

Maine VFW State Adjutant and Chief Operating Officer Andre Dumas led the Dec. 15 ceremony at Caribou’s Northern Maine Veterans Cemetery on the Lombard Road. He opened with a one minute moment of silence followed by a thoughtful speech emphasizing the sacrifices made by all branches of the U.S. military.

“Lying here before us and in cemeteries throughout this nation are men and women who gave their lives so that we can live in freedom and without fear,” he said. “We can worship as we see fit. We can raise our children to believe as we do. We can travel from one end of this great nation to the other and not have to ask permission to go. We are free to vote for whomever we feel should be in government office and we answer to no one but our own feelings. We have the right to succeed and we have the right to fail at whatever endeavor we wish to pursue.”

Dumas said the lives given to maintain those freedoms will not be forgotten, and concluded with a quote from former U.S. President Ronald Reagan.

“Freedom is never more than one generation away from extinction,” he said, quoting the nation’s 40th president. “We didn’t pass it to our children in the bloodstream. It must be fought for, protected, and handed on for them to do the same, or one day we will spend our sunset years telling our children and our children’s children what it was once like in the United States where men were free.”

Representatives then laid wreaths in honor of the Army, Navy, Marine Corps, Air Force, Coast Guard, Merchant Marines, and a final wreath in honor of the “93,129 United States Servicemen from all branches of the service whose last known status was either Prisoners of War or Missing in Action.”

Dumas concluded the ceremony by reiterating that freedom comes at a price, and honoring those who sacrificed their lives for their country.

“To our children,” he said, “we want you to understand that the freedoms you enjoy today have not been free but have come with a cost that someday, you may have to pay yourself. As a nation standing together, we can defeat terrorism, hatred, and injustice. Thanks to our veterans, we have the freedom to do just that.” 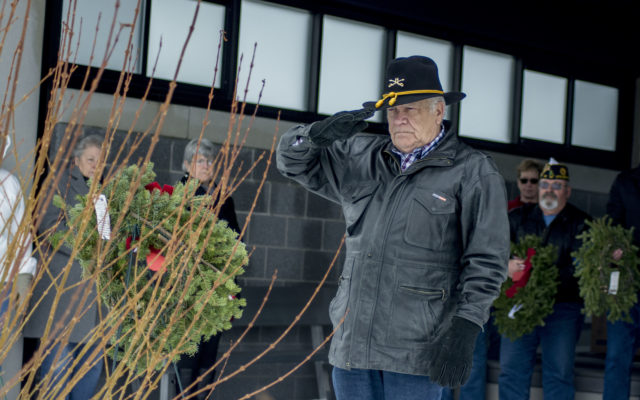 Army Veteran Roy Woods salutes after laying a wreath in remembrance of those who served, and are serving, in the United States Army during a Dec. 15 Wreaths Across America ceremony at the Northern Maine Veterans Cemetery in Caribou. (Chris Bouchard)

Halfway Home Pet Rescue in Caribou has partnered with the Houlton Humane Society shelter for a cat spay and neuter clinic on Saturday, May 30, and Sunday, May 31, in Houlton.
Campaign Corner END_OF_DOCUMENT_TOKEN_TO_BE_REPLACED