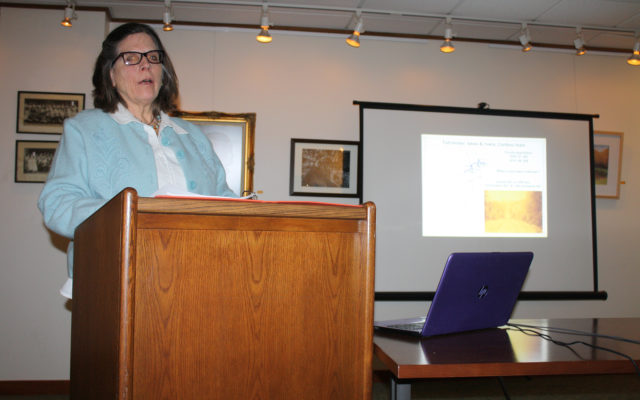 Melissa Lizotte • March 9, 2019
When Pamela Snow Sweetser of Presque Isle teaches folks about women and transportation from the late 1800s to the 1930s, she likes to question the idea that women of that era were always confined to traditional gender roles such as being housewives and mothers and never participated in what was considered to be “men’s spaces.”

PRESQUE ISLE, Maine — When Pamela Snow Sweetser of Presque Isle teaches folks about women and transportation from the late 1800s to the 1930s, she likes to question the idea that women of that era were always confined to traditional gender roles such as being housewives and mothers and never participated in what was considered to be “men’s spaces.”

Based on research Sweetser has done about women in Aroostook County, she’s found that those stories are only half true. From operating a horse and wagon to later sitting behind the wheel of the first automobiles, many middle-class women achieved greater social and personal freedom thanks to the advent of such modes of transportation.

“In 1873, there were 25 farms along an 8-mile stretch between Presque Isle and Fort Fairfield and 60 farms from Maysville to Castle Hill,” Sweetser said, during a March 1 presentation at the Mark and Emily Turner Memorial Library in Presque Isle. “People were in easy walking distance from each other but they also used wagons to get around.”

Sweetser is a former high school English and history teacher who grew up in Aroostook County for most of her childhood, moved away at age 13, and then returned in 2004 after decades of teaching at Hampden Academy in Hampden. She has been a scholar of women’s history in Aroostook County for over 20 years and earned her doctoral degree in U.S. women’s history from the University of Maine at Orono. 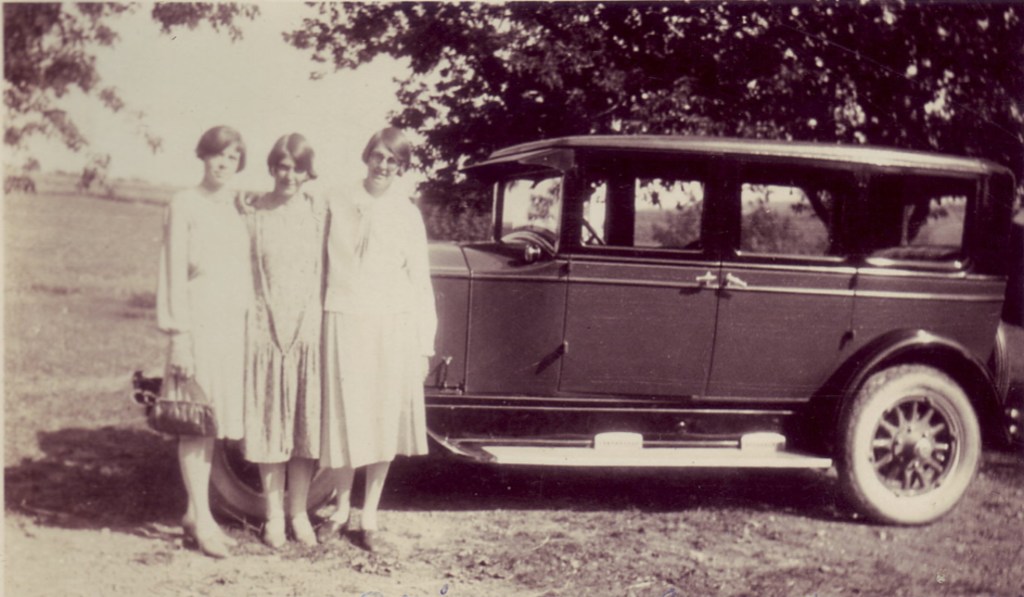 In this undated photo, Amy Richardson Sweetser (left) stands next to a 1926 REO Oldsmobile with her daughter Blanche Sweetser (right) and friend Inez. Pamela Sweetser, the wife of Amy’s grandson Wayne Sweetser, has studied women’s history in Aroostook County and how transportation played a role in their social mobility. (Courtesy of Sweetser Family Collection)

Over the years, Sweetser has devoted time to being an independent scholar, researching women’s history in Aroostook County and speaking at rural history seminars across the country. On Friday, in honor of Women’s History Month, Sweetser gave a presentation that she calls “Topsy, Polly and the Tin Lizzie, 1880-1930: Women on the Move and Claiming Space in The County.”

The presentation was a modified version of a talk she gave at the Rural Women’s Studies Association’s Triennial Conference at the University of Ohio, Athens, in 2018. Sweetser’s research centers on how access to “modern” transportation such as horse drawn wagons, bicycles and automobiles allowed women to step outside the home and into public spaces that men generally occupied due to traditional views on women and men’s roles.

She learned much about transportation in Aroostook County from 1880 to 1930 from the diaries of Adwina (Addie) O’Brien Richardson and Addie’s daughter, Amy Richardson Sweetser. Richardson was the great-grandmother of Pamela Sweetser’s husband Wayne and Miriam Gregg, of Presque Isle, who is in possession of Addie’s diaries. Amy Sweetser was the grandmother of Wayne Sweetser, who now is in possession of her personal diaries.

Even though women of that era considered themselves physically fit to walk the long miles to town, they also were experts at handling horses during wagon rides, all while often managing difficult children in the process.

“There are stories of wagons flipping into the ditch and women hanging onto the reins and getting dragged through the mud, but they still knew how to manage the wagon,” Sweetser said.

The wagon was not the only mode of transportation that became popular with women. During the period between 1890 and 1910 more women rode bicycles, which influenced fashion trends that allowed them to wear more comfortable, but still stylish, clothing while pedaling. Both the wagon and bicycle influenced the middle-class tradition of “calling” on family, friends, and neighbors for short visits before heading off to the next destination. 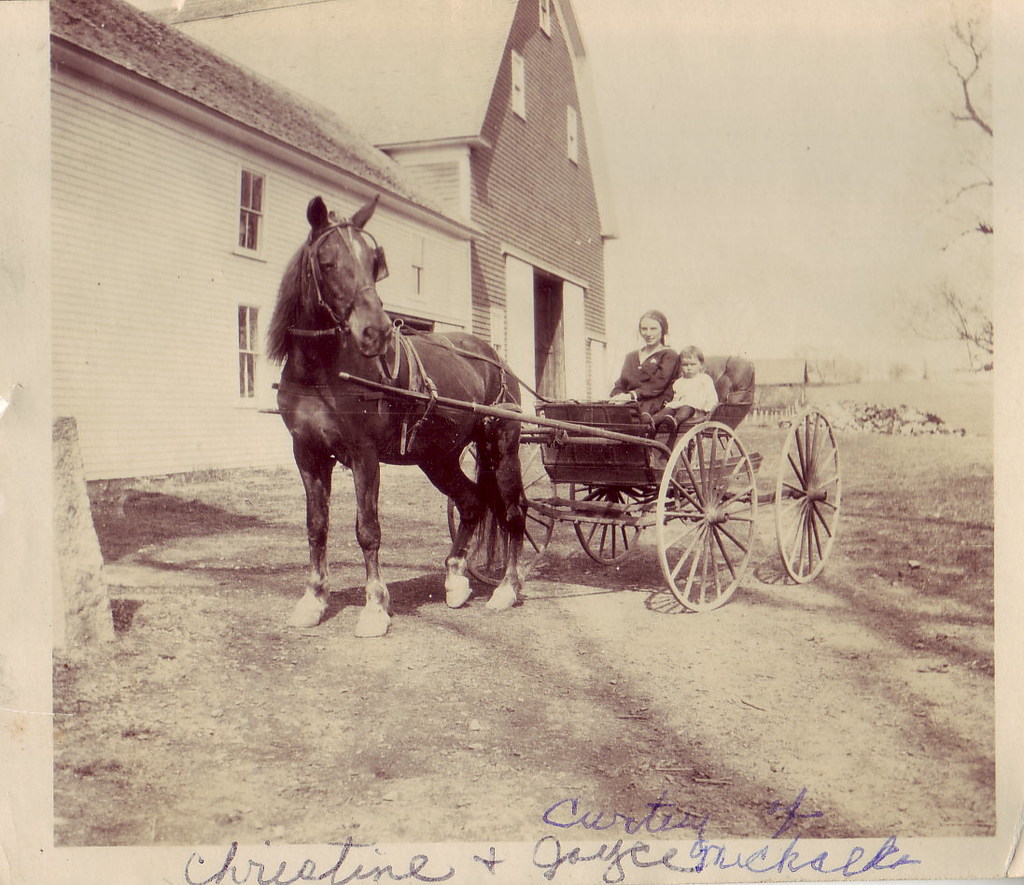 In this 1920s photo, Christine (left) and Joyce Willard ride in a horse drawn wagon in Oxbow, Maine. Pamela Snow Sweetser obtained the photo from Joyce Michalka (formerly Joyce Willard) while researching the impact that modern forms of transportation had on Aroostook County women from 1880 to 1930. (Courtesy of Joyce Michalka)

As women gained more access to independent travel, they also participated more in local civic organizations and became active in promoting the well-being of their communities. Once the first car, the Stanley Steamer, arrived in Aroostook County in 1902, women gradually traded in their horse reins for the driver’s wheel. Sweetser noted that car manufacturers were generally invested in attracting female consumers, who saw owning a car as a major social step forward for their families.

“The invention of the car also influenced women’s fashion. They often wore veils because the cars had no windshield and they were exposed to weather and dust,” Sweetser said.

She noted that it would be years before cars replaced horses as the primary mode of transportation in Aroostook County. Due to the harsh winters, people rarely drove automobiles during that season and often relied on horses to pull out vehicles that became stuck in snow banks, or mud holes in early spring.

Eventually, Model T Ford vehicles — often nicknamed the “Tin Lizzie” — made their way to northern Maine throughout the 1920s and women often took on the task of manually starting their cars, in a climate where the weather was not always forgiving. Women used cars to participate in both domestic and professional work and to be active members of society.

“In Amy’s Nov. 2, 1920, diary entry, she writes about how she drove to town, did laundry at her mother’s — she had no indoor electricity at home — walked to town and voted for president,” Sweetser said. “She was able to walk to the polls from her mother’s home all because she had a car to get to town.” 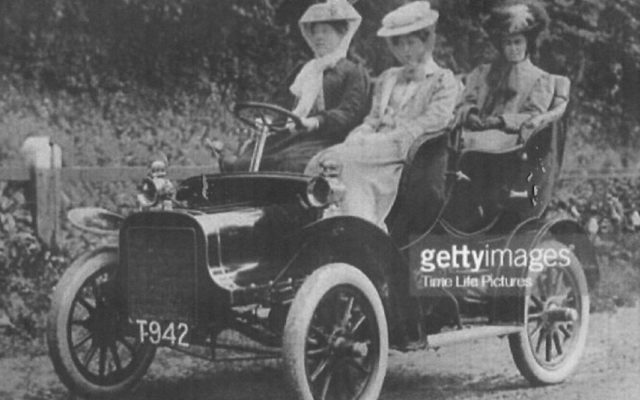 In her research on women, transportation and social mobility in Aroostook County, Pamela Snow Sweetser collected many photographs of women with the first automobiles, including this undated public access photo of women in “driving attire” in an early Model T Ford .
(Courtesy of Getty Images)

Although many families could not afford indoor plumbing during that time period, women valued the purchase of cars as a worthwhile social investment. But over time, men became overwhelmed with the fear that vehicles were giving women too much personal freedom, including the same “sexual turn on” that men reveled in by showing off their latest fashionable car. Many people began calling the automobile the “devil wagon.”

Sweetser said that even though women who lived between 1880 to 1930 never considered themselves feminist activists, they played important roles in shaping what modern women could accomplish both inside and outside the home.

“They may not have been on a mission, but they were stepping into men’s roles, building their communities and shaping their families’ lives,” Sweetser said. “My research focus is on the ordinary women of Aroostook County, how they got around and how that mobility allowed them opportunities.”

Lynn Craig of Presque Isle, who attended Sweetser’s presentation, said she was fascinated to learn about how women in Aroostook County played a part in shaping history.

“I love how women back then stepped up for their communities the way we hear about women in Aroostook County stepping up today,” Craig said. 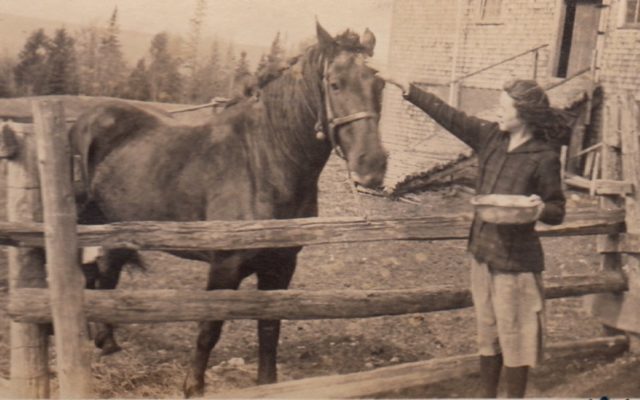 Blanche Sweetser, the daughter of Amy and Elvin Sweetser, tends to the family’s farm horse Polly in this undated photo. Pamela Snow Sweetser, whose husband Wayne is Amy Sweetser’s grandson, now lives on the Higgins Road farm in Presque Isle where this photo was taken.
(Courtesy of Sweetser Family Collection)

Maine is more than eight months into Medicaid expansion under the federal Affordable Care Act and trends around who is enrolling and where they live are starting to emerge, bucking some expectations and pointing out access challenges.
Pets END_OF_DOCUMENT_TOKEN_TO_BE_REPLACED