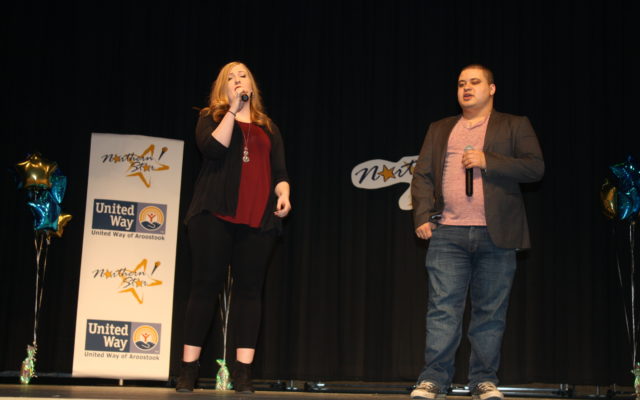 Per tradition, three Northern Star regional shows in Fort Kent, Presque Isle and Houlton were held throughout the weekend, with both audience members and judges choosing which folks will move on to the finale in Caribou later this month.

Saturday evening’s show at Presque Isle Middle School brought out a wide variety of performers, from dancers and singers to stand-up comedians and musicians. In the end a young clog dancer, a tap dancing ensemble and three vocalists — including one duo who sang together — were chosen as the four finalists.

Northern Star allows audience members to choose the winner of the junior division — meant for children aged 12 and younger — and two of the regular competitors. The judges then choose one more person to move forward to the finale.

This year the Presque Isle audience members chose 9-year-old clog dancer Jared Blake, of Mapleton, as the junior finalist. Blake performed a fast-paced routine to Z.Z. Top’s “Sharp-Dressed Man” and impressed both the audience and judges with his quick steps and stage presence. Throughout his performance Blake smiled widely, making his love of dancing obvious to judges Brian Sipe, Dixie Shaw and Jerry Joles.

Shaw was amazed to learn that Blake has been dancing since he was three years old and that it only took a month for him to learn how to clog.

“I’ve been trying to do that for 64 years and I still can’t,” Shaw said. “You’re just about cuter than a baby goat. You’ve got great stage presence and your feet were just a-flying.”

“This is a great way to start off the show,” said Sipe, a first-time judge for Northern Star. “You seemed relaxed, like you were having a great time, and I had a fun time watching you.”

After the judges praised Blake’s performance, co-host Jason Parent asked Blake, “Do you know what the best part about going first is?”

“No,” the youngster replied.

“It means you get to sit back and watch everyone else now,” Parent said.

And the Presque Isle regional winners of United Way of Aroostook's Northern Star competition are . . . .To find out, watch our live-streamed video below. Stay tuned for full coverage of the Presque Isle Northern Star regional show coming soon to http://thecounty.me/.Note: Due to technical difficulties we were unable to live stream the Junior Northern Star winner announcement. That winner was 9-year-old clog dancer Jared Blake, of Mapleton.

Blake beat out 10-year-old comedian Colt Putnam, also of Mapleton, and dancer Fiona Wu, of Presque Isle, for the top junior spot of the night.

But Wu did advance to the finale as one of 15 members of the MoonDance Tappers, a group of elementary, middle and high school students who come from MoonDance Studios, based in Presque Isle. The girls donned red 1940s-era dresses and performed a fast-paced tap dance routine to the jazz song “In the Mood.” They became the first audience pick of the night.

The ensemble took advantage of the entire stage to show off their energetic and lively dancing individually and with perfectly timed group steps. They received one of the loudest applause of the evening and had the judges in awe.

“You all had great timing together and you were terrific,” Joles said.

Shaw agreed. “I absolutely loved your performance.” Later, audience members chose Shaw as the judge to represent Presque Isle in the March 24 Northern Star finale. She will join judges from Fort Kent and Houtlon.

The MoonDance students are no strangers to the Northern Star competition. Last year they took their clogging routine all the way to the Caribou finale. Rachel Ellis, a MoonDance tapper who also competed as a solo singer during Saturday’s regional show, said that the group began practicing their tap routine soon after their annual Christmas show.

“It’s a really fun routine for us,” Ellis said.

Dancers weren’t the only performers to wow the audience. Duo Nicole Adams and Gordon Hastings, both of Presque Isle, received enthusiastic cheers and applause from the audience while performing “Shallow,” originally sung by Lady Gaga and Bradley Cooper in the 2018 remake of the film “A Star Is Born.” The song recently won the Academy Award for Best Original Song and became even more famous with Gaga and Cooper’s passionate live performance.

During their own performance, Adams and Hastings embraced the powerful emotions behind the song, with Adams comfortably reaching all the high notes throughout the climax. The ease with which the duo sang together was something that the judges took note of.

“I don’t know that song, but all I can say now is ‘holy sh*t!,” Joles exclaimed. “I had tears in my eyes and I have chills right now.”

“I didn’t see that coming,” Shaw said. “At first I thought, ‘Seriously, they’re going to try to do Lady Gaga and Bradley Cooper?’ But you guys nailed it. You were incredible.”

Adams and Hastings easily became the second audience pick of the night while the judges chose 18-year-old singer Mayce Kinney, of Presque Isle, as the last finalist of the evening. Kinney performed “All I Ask” by Adele and proved to be another “powerhouse” singer who hit the high notes with confidence and sung her way into the hearts of audience members and judges.

“You knew how to hit those notes but also how to hold back when you needed to and showcase the lower range of your voice,” Sipe said.

Joles noted, “You have a really strong voice and you definitely stand out as a performer.”

Kinney will join Adams and Hastings, the MoonDance Tappers and Blake, as well as winners of the Fort Kent and Houlton regional shows, in the Northern Star finale on March 24. The show will be held at the Caribou Performing Arts Center at 2 p.m.

There is also potential for three other performers from Fort Kent, Presque Isle or Houlton to advance to the finale. Last year United Way introduced the wildcard picks, where officials from the organization pick their own favorites who did not receive enough audience or judge votes to move on. United Way will announce their wildcard picks later this week. 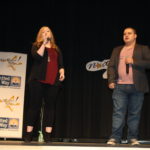 Nicole Adams (left) and Gordon Hastings, both of Presque Isle, became one of four Northern Star finalists to advance to the finale in Caribou after the Presque Isle regional show on Saturday. Adams and Hastings brought down the house with their performance of “Shallow” from the 2018 remake of the film “A Star Is Born.” (Melissa Lizotte/Star Herald) 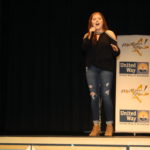 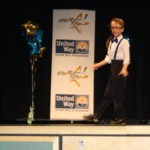 Nine-year-old Jared Blake of Mapleton danced his way into the hearts of audience members and judges during the Presque Isle regional show of Northern Star on Saturday. Audience members chose him as the junior contestant to represent Presque Isle in the finale on March 24. (Melissa Lizotte/Star Herald) 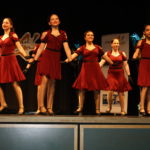 The MoonDance Tappers, a group of 15 young tap dancers, were the first act that audience members picked as Northern Star finalists during the competition’s regional show in Presque Isle on Saturday. (Melissa Lizotte\Star Herald) 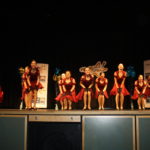 The MoonDance Tappers, a group of 15 young tap dancers, were the first act that audience members picked as Northern Star finalists during the competition’s regional show in Presque Isle on Saturday. (Melissa Lizotte/Star Herald) 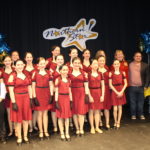 Nicole Adams (left) and Gordon Hastings, both of Presque Isle, became one of four Northern Star finalists to advance to the finale in Caribou after the Presque Isle regional show on Saturday. Adams and Hastings brought down the house with their performance of “Shallow” from the 2018 remake of the film “A Star Is Born.” (Melissa Lizotte/Star Herald)

Maine is more than eight months into Medicaid expansion under the federal Affordable Care Act and trends around who is enrolling and where they live are starting to emerge, bucking some expectations and pointing out access challenges.
Pets END_OF_DOCUMENT_TOKEN_TO_BE_REPLACED