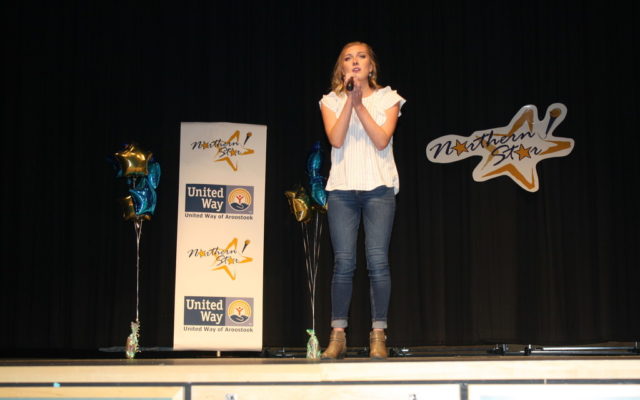 On March 8-10, a total of 30 acts performed during shows in Fort Kent, Presque Isle and Houlton while 16 — four acts from each regional competition — were chosen by audience members and judges to advance to the finale.

The Northern Star committee chose Krystal Turton of Fort Kent, Sheridan Blackstone of Caribou and Colt Putnam of Mapleton as the wild card performers earlier this week. Turton was a finalist at the Fort Kent regional show while Blackstone and Putnam were contestants at the Presque Isle show.

“The Save Committee looked for amazing talent, variety and community input,” said Sherry Locke, executive director of United Way of Aroostook. “All three of the wild cards really stood out for their amazing talent.  They all are very different from the other talent moving on to the Finale and were crowd favorites at their regional show.”

During the Presque Isle show, junior contestant Putnam kept the crowd entertained throughout his stand-up comedy routine titled, “Life in the Eyes of a 10-Year Old,” during which he poked fun at everything from family anecdotes to kidney stones. Blackstone, 18, performed “Open Arms” by Journey and judges praised her confidence and poise. In Fort Kent, Turton impressed folks with her rendition of “Turning Tables” by Adele.

On Sunday, March 24, the wild card picks will join the champions from all three regional shows at the Caribou Performing Arts Center. The current Northern Star Jacob Graham of Mapleton and Junior Northern Star Sadie Cairns of New Canada also will perform.

“This year’s shows showcased some of the best talent that we have seen in years,” Locke said. “We are so blessed to have such amazing community support.”

Tickets for the Northern Star finale, which will begin at 2 p.m. on March 24, are now available at all locations of the County Federal Credit Union and Acadia Credit Union for $10 each. For more information, visit United Way’s website and Facebook page. 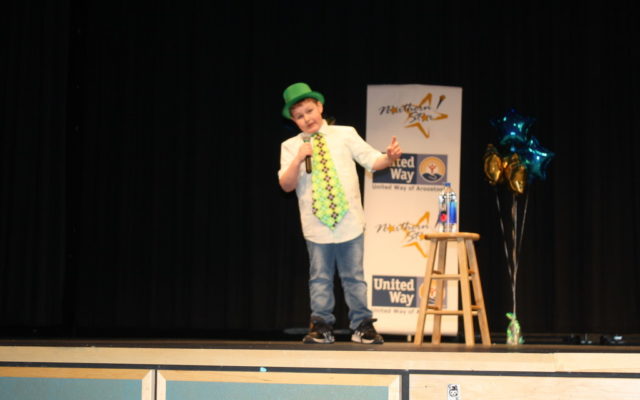 Ten-year-old comedian Colt Putnam of Mapleton is one of three Northern Star contestants that United Way of Aroostook officials have chosen as wild card picks to join those performers selected for the March 24 finale by audience members and judges during regional shows. Putnam performed in the Presque Isle show on March 9. (Melissa Lizotte)

Halfway Home Pet Rescue in Caribou has partnered with the Houlton Humane Society shelter for a cat spay and neuter clinic on Saturday, May 30, and Sunday, May 31, in Houlton.
Campaign Corner END_OF_DOCUMENT_TOKEN_TO_BE_REPLACED