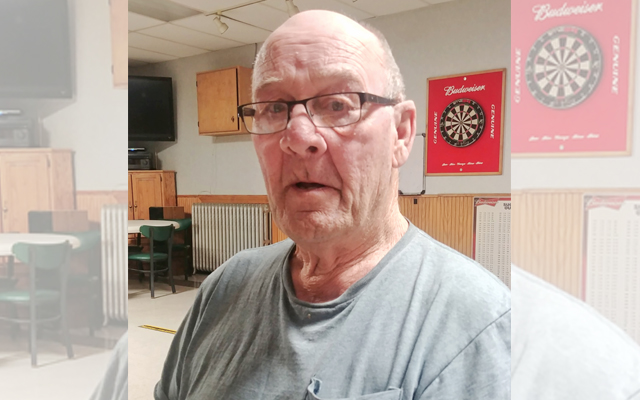 Kevin Sjoberg • March 27, 2019
Bill Sewall began his time as a member of the Presque Isle Elks Lodge innocently, but it didn’t take long for him to become very active in the fraternal organization and eventually hold a few key positions.

Bill Sewall began his time as a member of the Presque Isle Elks Lodge innocently, but it didn’t take long for him to become very active in the fraternal organization and eventually hold a few key positions.

“I did a lot of bowling and I loved to play cards,” Sewall recalled, “and a fellow named Cy Collins, who ran the bowling alley back in the late 1970s, talked me into joining.”

Not long after becoming a member, he was asked to take minutes at a meeting because the regular secretary had just relocated downstate.

“I had never done anything like that before, but two weeks later I was asked to do it again,” he said.

It wasn’t long after that when the club’s treasurer, Jimmy Murchison, dangled a stipend in front of Sewall as a reason to become the full-time secretary, and he relented.

“I figured it out and it ended up being about 25 cents an hour,” Sewall said with a grin.

He ended up serving as the Elks Club secretary for 21 years. Later on, he became Exalted Ruler, a position he held for two separate years.

“The second time, I was at a meeting one time and went to the bathroom, and when I came back, I learned I had been elected,” he said.

The club recognized Sewall as Elk of the Year in 1989, and he also received recognition as Officer of the Year on several occasions.

His service for the club grew into another position: director of the Hoop Shoot program, which is a popular foul shooting contest for youth ages 8-13. He began his Hoop Shoot duties in 1981 and remained at that helm for 37 years. He decided to step down this past December, after running his final lodge competition.

Sewall said his years of involvement with the Hoop Shoot were rewarding. He learned that, per capita, the local program serving central and northern Aroostook County garnered more participation than any other in the nation.

Towns host the first round of Hoop Shoot contests, and the winners advance to the lodge championships held in Presque Isle. Winners from the lodge event then have the opportunity to advance to the district (northern Maine), state, regional (New England) and national levels of one of the most popular youth programs offered in the United States.

The 79-year-old Sewall organized competitions for each participating town and presided over the lodge championships. He rounded up volunteers from the lodge, including his wife, Joyce, to help run the event.

“Not one of them ever looked at it as being a chore,” he said.

“I think it’s great and can build confidence in a lot of the participants,” Sewall said, “and the higher you advance, it provides a chance to meet lots of other great people along the way through the other competitions.”

Sewall was born in Island Falls in 1939 and grew up in that community. He attended college in California and spent three years in the Army before making his way back to Aroostook County.

His main job was as a meter reader for Maine Public Service Company, where he served full-time for 38 years and part-time for another nine years, retiring in October of 2011. He also served in law enforcement as a part-time deputy with the Aroostook County Sheriff’s Department for 18 years, many of those years concurrent with his utility job.

Sewall has been married to Joyce for 31 years and the couple reside in Washburn.

In his spare time, he still enjoys playing cards at the lodge a couple of times a week, and during the winter months loves to visit local high school gymnasiums, particularly in Washburn and Presque Isle, to follow girls’ basketball games.

Maine is more than eight months into Medicaid expansion under the federal Affordable Care Act and trends around who is enrolling and where they live are starting to emerge, bucking some expectations and pointing out access challenges.
Pets END_OF_DOCUMENT_TOKEN_TO_BE_REPLACED