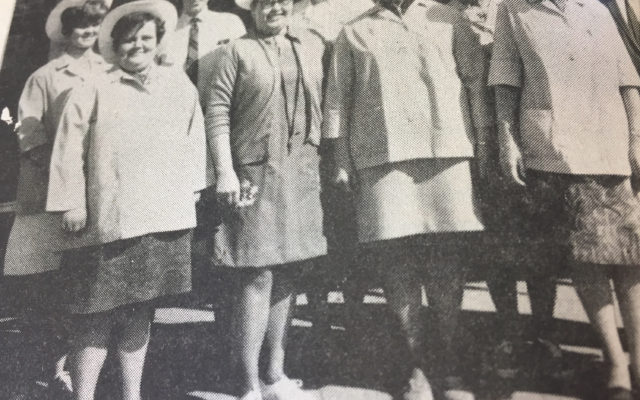 Contributed • May 4, 2019
75 Years Ago - May 4, 1944 Girls driving tractors -- Tractor driving courses in Ashland, Caribou, Chapman, Easton, Fort Fairfield, Limestone, Mapleton, Presque Isle and Washburn are now in operation under the sponsorship of the Department of Education and the excellent tutelage of the agriculture teachers and tractor drivers

Girls driving tractors — Tractor driving courses in Ashland, Caribou, Chapman, Easton, Fort Fairfield, Limestone, Mapleton, Presque Isle and Washburn are now in operation under the sponsorship of the Department of Education and the excellent tutelage of the agriculture teachers and tractor drivers.

New Chief of Police — The appointment of William E. Haley, Caribou, as chief of the local police department  was made this week by Town Manager Grover M. Hardison.

Shrine Circus Has Big Crowds — The annual Shrine Circus staged this week at the General Carter Armory in Caribou met exceptionable response from the public, it was reported by Anah Temple officials. Circus performances were given Sunday, Monday and Tuesday and packed houses were reported. Proceeds from the event go to Shrine Circus.

President’s Cup Sought — The employees of F.W. Woolworth Company, now in its 90th year wear white hats this week to symbolize the white hat specials being offered at the Caribou Store.  The month of May has been designated by Woolworth’s as President’s Cup Month. The cup is given to the region with the highest increase in sales.

DFAS to come to Loring — Loring Air Force Base was one of 25 locations across the nation — but the only choice in Maine — to be selected as a Defense Finance and Accounting Service Center.  Secretary of Defense William Perry made the announcement at 1 p.m. on Tuesday from his office at the Pentagon. Local officials were excited over the prospect of the 750 jobs the center will create, and called the announcement a “significant milestone” toward the reuse of Loring.

Chain buys Laverdiere’s — The state’s largest drug store chain will be a Maine-owned staple no more, following the sale of Laverdiere’s Super Drug Stores to the Pennsylvania-based RiteAid Corp.