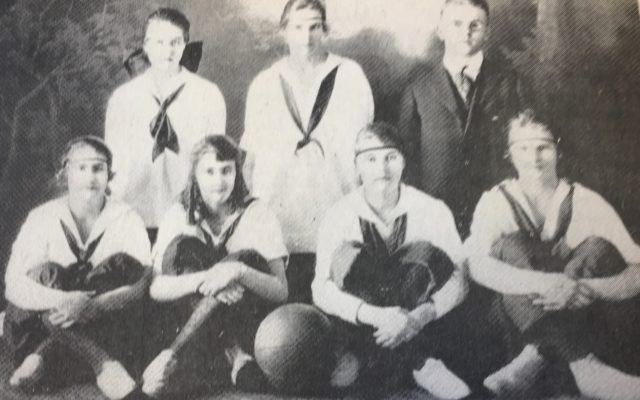 Contributed • May 8, 2019
Two moose were seen Wednesday evening on the B&A track near the pumping station. They were also observed going through the yard of H.S. Hardison on South Main Street.

Moose — Two moose were seen Wednesday evening on the B&A track near the pumping station. They were also observed going through the yard of H.S. Hardison on South Main Street.

Resumes Flights — The Caribou Flying Service Municipal Airport resumed operation this week in flight instructions and charter work, following the loss of five planes in the hangar  fire several weeks ago. Two new planes were flown here Sunday from Waterville by C.R. Raymond and John MacKinnon for the service. The new Ships, which are Cubs, were purchased in Keene, NH.

Celebrates Centennial — The S.W. Collins Company celebrated the centennial of its existence this week when the Collins family, direct descendants of one of the first settlers of Caribou and the Collins lumber industry, held an open house Tuesday at their mill and store, and climaxed an eventful day with their 100th Anniversary Banquet. Approximately 150 guests were present.

Seek Historical Items For Centennial — The Limestone centennial will feature a historical display during the celebration July 33 to 13. Historical display committee chairman Louis E. Cyr said the committee would like to have items of general interest such as old pictures and postcards of Limestone, old histories, and atlases, old newspaper clippings, tools, furniture, guns and antiques.

Clean-up month — In view of the fact Limestone is observing its centennial this year, chairman Carl Durost announced that the entire month of May would be Clean-Up, Fix-Up, Paint-Up Month. Since many visitors were expected in town during the celebration, Durost urged all citizens to participate in beautifying the town by removing discarded rubbage and litter, by repairing and painting their homes and business establishments.

Joining advertising agency  — Caribou Chamber of Commerce Executive Director Vicki J. Smith announced her resignation effective June 3, to become a partner in the Caribou firm of Marketing, Advertising and Planning. She has been the chamber’s executive since March 1991. During her tenure, many promotional activities were started, including a 28-percent increase in membership, the installation of  “Caribou Cares” banners, the completion of a Christmas lights project; the institution of a “Think Local” campaign, and the formation of an Americans with Disabilities Act awareness committee.

Clean-up week — Caribou Mayor Robert McMahan has proclaimed the week of May 9 as Clean-Up, Fix-Up Week in Caribou.

Only one member of Maine’s congressional delegation had come out in favor of impeaching President Donald Trump ahead of House Speaker Nancy Pelosi’s Tuesday announcement that the Democratic-led House of Representatives would begin an impeachment inquiry.
Pets END_OF_DOCUMENT_TOKEN_TO_BE_REPLACED

We think a cat can make for the best pet in the world. To truly love a cat, you must learn to accept them for what they are -- unpredictable and quirky, which is something unique and unlike any other pet.
Campaign Corner END_OF_DOCUMENT_TOKEN_TO_BE_REPLACED