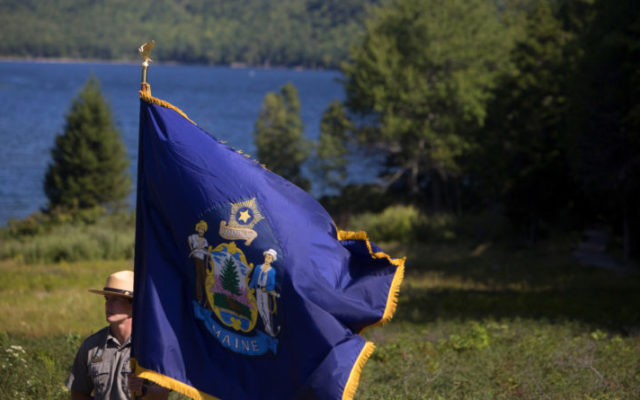 The Editorial Board, Special to The County • May 14, 2019
Maine will be having a banner year in 2020 as we celebrate our bicentennial. But we’re perplexed by the need for a new or different flag to ring in our 200th anniversary.

The BDN Opinion Section operates independently, and does not set newsroom policies or contribute to reporting or editing articles elsewhere in the newspaper or on bangordailynews.com.

Maine will be having a banner year in 2020 as we celebrate our bicentennial. But we’re perplexed by the need for a new or different flag to ring in our 200th anniversary.

For more than half of our 199 years as a state, Maine has had the same recognizable state flag featuring our state seal — a farmer, sailor, moose, pine tree, the North Star and our state motto, “Dirigo” — set in a sea of blue.

Our motto, which roughly translates to “I lead” in Latin, is often used as a call to action or change. But as Maine gets set to celebrate a big birthday and 200 years of history, the reasons for a new state flag or even a separate bicentennial flag escape us.

Rep. Janice Cooper, D-Yarmouth, introduced a bill earlier this year that would have reverted Maine’s state flag to the original one used from 1901 to 1909 (Maine didn’t have a state flag for the first 80-plus years of statehood). That old, minimalist design features a lone pine tree and a star set on a white background. Don’t get us wrong, it’s a good-looking flag, but we haven’t been sold on the need to bring it back in an official capacity.

An amended version of Cooper’s bill was eventually passed and signed by Gov. Janet Mills, but rather than revert to the previous state flag, it directed the secretary of state to develop a commemorative flag in recognition of the bicentennial. This compromise resolution and a special flag were not necessary.

To Secretary of State Matt Dunlap’s credit, his office is now engaging the public with an opportunity to weigh in on three different bicentennial flag design options. That’s a good process in that it seeks to get public input.

Our vote in the survey, however, is none of the above. The first option looks like a dressed-up and zoomed-in take on the 1901 flag. The second is the Bicentennial Commission logo and looks more like a PowerPoint slide than a flag. The third option, designed by Dunlap himself, looks a lot like the Djibouti national flag. We don’t see what a bicentennial flag adds to the party, but if Maine is going to have one, it should be better than any of these three.

We’re not vexillologists — experts who study flags — but we are a tad vexed by the attention this flag effort has received this session. Maybe we have poor graphic design tastes, and maybe we’re simply not fun. But it seems like an overly complicated exercise as we prepare for our state’s 200th birthday.

We’re not trying to be killjoys leading up to the bicentennial, either. We’re excited to follow the commission’s work over the next year to celebrate Maine’s history. But what’s wrong with celebrating under the same flag we’ve had for more than 100 years?

For all it does to refresh us, burn energy and keep us sharp, we all need playtime, dogs and cats included. Sharing playtime with pets has the added benefit of strengthening the bond between us, so we better understand one another.
Campaign Corner END_OF_DOCUMENT_TOKEN_TO_BE_REPLACED