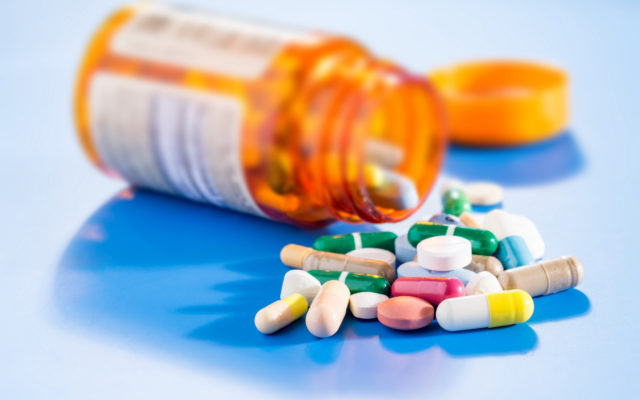 Lori Valigra • May 14, 2019
Maine’s attorney general joined a 44-state lawsuit against 20 generic drug manufacturers and 15 individuals alleging they conspired to artificially inflate and manipulate prices for more than 100 different generic drugs, including treatments for diabetes, cancer and arthritis.

Maine’s attorney general joined a 44-state lawsuit against 20 generic drug manufacturers and 15 individuals alleging they conspired to artificially inflate and manipulate prices for more than 100 different generic drugs, including treatments for diabetes, cancer and arthritis.

The 510-page lawsuit, which is being led by Connecticut Attorney General William Tong, was filed in federal court in Connecticut on Friday.

Generic drugs are medicines created with the same active ingredient as a brand-name drug, but typically cost less. They may contain different inactive ingredients such as fillers. Generic drugs can be sold after the patent on the original drug expires.
[Subscribe to our free morning newsletter and get the latest headlines in your inbox]

“Prescription drug costs create significant financial pressures on individuals and families, and there is compelling evidence that the prices for some of these drugs have been artificially inflated,” Maine Attorney General Aaron Frey said in a statement.

The complaint alleges that the 20 companies, which are among the largest generic drug manufacturers in the nation, are in a broad conspiracy to artificially inflate and manipulate prices, reduce competition and unreasonably restrain trade for more than 100 different generic drugs.

In some instances, the coordinated price increases were said to top 1,000 percent.

The complaint states that the practices violate the Maine monopolies and profiteering law. The state is seeking relief, including triple damages for Maine governmental and consumer purchasers, civil penalties, a court order that compels defendants to refrain from certain behaviors, attorney’s fees and investigative and litigation costs.

[Hospitals are fed up with drug companies, so they’re starting their own]

The drugs at issue account for billions of dollars of sales in the United States, according to a statement released Sunday by Frey’s office.

The complaint alleges that Teva, Sandoz, Mylan, Pfizer and 16 other generic drug manufacturers engaged in a broad, coordinated and systematic campaign to conspire with each other to fix prices, allocate markets and rig bids for the generic drugs.

The drugs treat a range of diseases and conditions from basic infections to diabetes, cancer, epilepsy, multiple sclerosis, HIV and ADHD.

The complaint lays out connections between industry executives and competitors who are claimed to have met with each other during industry dinners, “girls nights out,” lunches, cocktail parties and golf outings. They reportedly communicated by telephone, emails and text messages.

Throughout the complaint, defendants allegedly use terms like “fair share,” “playing nice in the sandbox” and “responsible competitor” to describe how they discouraged competition, raised prices and enforced a culture of collusion.

[Analysis: When buying prescription drugs, some pay more with insurance than without it]

“This ‘fair share’ understanding was not the result of independent decision-making by individual companies to avoid competing with one another. Rather, it was a direct result of specific discussion, negotiation and collusion among industry participants over the course of many years,” the complaint reads.

It said that by 2012, the companies “embarked on one of the most egregious and damaging price-fixing conspiracies in the history of the United States.” The complaint alleges the group of companies and individuals not only colluded to get a fair share of the drug market, but to significantly raise prices.

The lawsuit seeks damages, civil penalties and actions by the court to restore competition to the generic drug market.

The complaint is the second to be filed in an ongoing investigation that Connecticut’s attorney general has referred to as possibly the largest cartel case in the history of the United States.

The first complaint, still pending in U.S. District Court in the Eastern District of Pennsylvania, was filed in 2016 and now includes 18 corporate defendants, two individual defendants and 15 generic drugs.

Two former executives from Heritage Pharmaceuticals, Jeffery Glazer and Jason Malek, have entered into settlement agreements and are cooperating with the attorneys general working group in that case.

Only one member of Maine’s congressional delegation had come out in favor of impeaching President Donald Trump ahead of House Speaker Nancy Pelosi’s Tuesday announcement that the Democratic-led House of Representatives would begin an impeachment inquiry.
Pets END_OF_DOCUMENT_TOKEN_TO_BE_REPLACED

Last week, we received a phone call about a cat that was in desperate need of help. The young lady said she found a cat that was very skinny and crying and that there was blood in the snow.
Campaign Corner END_OF_DOCUMENT_TOKEN_TO_BE_REPLACED