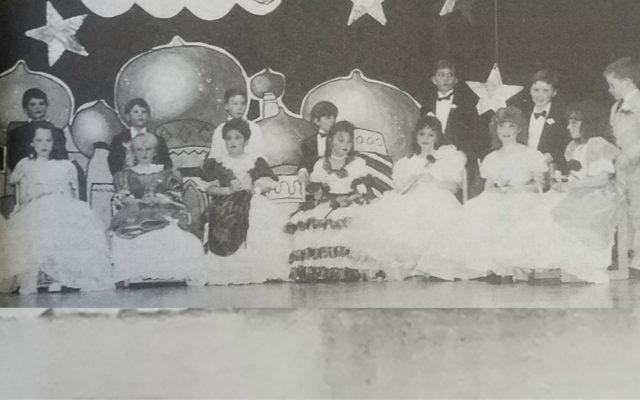 Contributed • May 15, 2019
Mrs. M.L.T. White returned from Hot Springs, Ark., where she attended the National Federation of Women’s Clubs, as State Federation president.

Welch re-elected — At an Organization meeting of the Republican County Committee held at Mars Hill, May 17, Harley D. Welch of Chapman was re-elected to serve as treasurer for a third term. Other officers elected for the ensuing two years were: L.D. Bearce of Caribou, chairman; Mrs. Verna Averil, Fort Fairfield, and Mrs. Bessie Dougherty of Houlton, vice chairman, and Miss Marion Longstaff of Crystal, secretary.

DARE ‘Officer of the Year’ — Being named Officer of the Year at the recent Maine DARE Officers Association state convention in South Portland validated the work Presque isle police officer Tim McCue had done since 1992, to build a drug abuse-resistance program for SAD 1 students from a four-week mini-program to its current 16-week status. To hear McCue tel it, however, the recognition should go to the teachers who helped make the program successful and to the students who treated him like a trusted friend. He gained the reputation of trusted friend and confidante among the district’s students for his easy-going style in teaching them about the dangers of substance abuse and peer pressure, and the positive effects of high self-esteem.

Promoted — Mark R. Boutilier, of Presque Isle, was promoted to personnel manager for the McCain Foods Inc. plant in Easton, according to William Voss, president and CEO of McCain Foods Inc. A graduate of the University of Southern Maine, Boutilier joined McCain Foods in Easton as a management trainee in 1990. For the past two years, he worked at the company’s plant in Othello, Washington, as a production supervisor. Boutilier was born in Jacksonville, FL, and raised in Alfred.

Executive changes — At Maine Public Service Company’s annual organization meeting, held May 10, the board of directors approved three executive changes. Paul R. Cariani of Presque Isle was elected president and chief executive officer. In addition, Larry LaPlante of Presque Isle was elected vice president of finance and treasurer, while Kurt Tornquist of Fort Fairfield was appointed controller. LaPlante was elected by the directors to replace Cariani, as the later took on his new position.

Halfway Home Pet Rescue in Caribou has partnered with the Houlton Humane Society shelter for a cat spay and neuter clinic on Saturday, May 30, and Sunday, May 31, in Houlton.
Campaign Corner END_OF_DOCUMENT_TOKEN_TO_BE_REPLACED