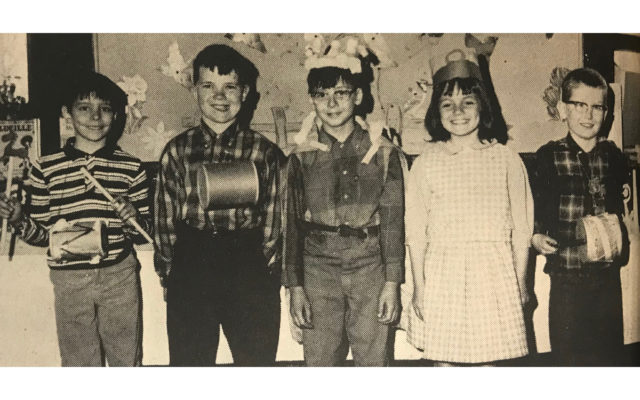 Pipe work — Supt. McIntyre of the Water Company began laying pipe this week on the Franklin Street extension. On High Street the work is not moving so rapidly on account of the hard ledges being encountered. Eight drill crews are working on these ledges.

Relocated — The Home Restaurant, recently located in the Sincock block, has removed to new and more commodious quarters in the Putnam and Mansur block over Clough & Taggett’s. In the new location Mrs. Lougee, the proprietress, is prepared to give her patrons a much better service and will be pleased to see all her old customers and as many new ones as wish to partake of the best of home cooking.

New addition  — The E. L. Cleveland Co., have just added a two-ton auto truck to their equipment which will be used in connection with their farms.

Canning center authorized — 35 canning centers in Maine, including one in Houlton, have been authorized for the coming season. Miss Florence Jenkins, director of home economics for the state Department of Education announced this week. Each center will have a home economics director and assistant, as well as volunteer aides.

Ricker drive — At a meeting of workers in the Ricker campaign it was announced that the total amount of money either given in cash or subscribed to that date is $73,602. This amount is just a few dollars short of 60 percent of the desired total of $125,000, which is expected will be contributed by people of this section of Maine.

Elks Scholarship — Colleen Fitzpatrick, a senior at Houlton High School, was presented with a $600 scholarship by Donald H. Ireland of Presque Isle, newly elected president of the Maine Elks Association. Witnessing the presentation, made during the annual Elks State convention in Millinocket, were David Harbison, exalted ruler of the Houlton Lodge of Elks, and Paul Fitzpatrick, Colleen’s father.

Motel purchased — Guy’s Motel on the North Road was sold yesterday by Donald J. Guy to John and Gertrude Hogan. Mr. Hogan said that 25-unit motel will continue to operate under the same name, and he said that he and his wife will be owners and operators of the business.  The business had been purchased three years ago by Mr. Guy and at that time the name was changed from Lockhart’s to Guy’s.

Monument to a Mason — Monument Lodge of Masons, under the leadership of Master Edward J. Vose, recently adjourned from a special meeting to assemble at the cemetery in Hodgdon Mills to reset the gravestone of Jabez Bradbury, a Mason who died May 8, 1858.

Honored — Wanda Powers was honored as the winner of Daniels Florist annual Secretary’s Day promotion. She was congratulated by Karen Fitzpatrick and her employer Ed Degenhardt. Degenhardt submitted her name to the drawing. Powers will receive a bouquet of flowers every month for a year. She is employed by McDonald’s.

Just when we thought we were out of the woods with kitten season, it has hit full force.  The past few days have been difficult answering the phone and hearing the stories of why people have litters of kittens they need to surrender.
Campaign Corner END_OF_DOCUMENT_TOKEN_TO_BE_REPLACED