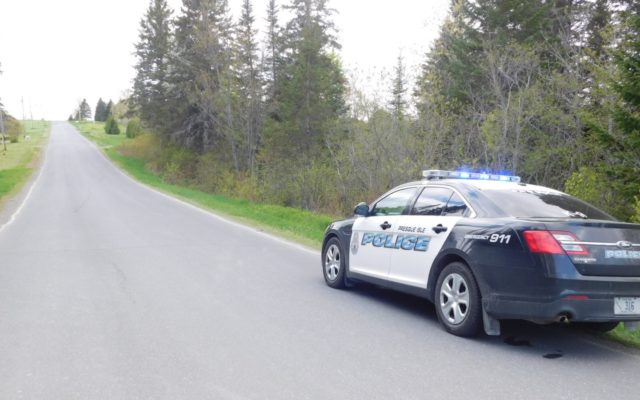 Nina Mahaleris • May 29, 2019
Some residents said they believed the incident to be a police standoff at first, after allegedly hearing gunshots fired.

A father called 911 to report that his 28-year-old daughter was being held hostage in a car on Chapman Road after an altercation with a man at a gas station on Main Street earlier in the day.

Chief Laurie Kelly of the Presque Isle Police Department said the father called police when the man– whom he believed was holding his daughter hostage– shot at him with a rifle, not long after their altercation at a gas station. The father allegedly hit the man’s car with a baseball bat, then chased the car down the Chapman Road.

Police had blocked off Chapman Road early in the afternoon. Some residents said they believed the incident to be a police standoff at first, after claiming to have heard gunshots fired.

A neighboring couple in the area said they noticed a large helicopter surveying the woods near the location where the woman allegedly was being held.

The Maine Tactical Team was contacted but soon called off after police were able to make contact with the woman to ensure her safety. She told police she was not being held against her will and there was no firearm in the vehicle.

Police were still at the scene when they received reports that “[up to] three more, possibly armed, persons were hiding in … buildings or inside the house.” The Chapman Road house  eventually was cleared of any possible suspects.

Presque Isle PD said the investigation is still underway and charges are pending against one of the men involved. The press release stated that no civilians or law enforcement were injured during the incident.

For all it does to refresh us, burn energy and keep us sharp, we all need playtime, dogs and cats included. Sharing playtime with pets has the added benefit of strengthening the bond between us, so we better understand one another.
Campaign Corner END_OF_DOCUMENT_TOKEN_TO_BE_REPLACED