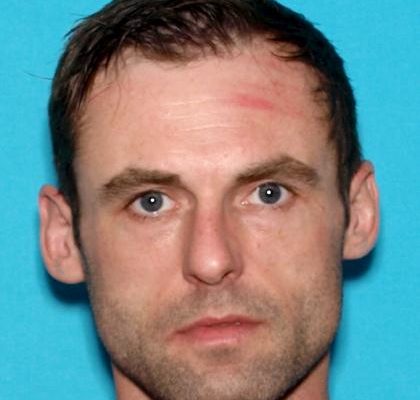 Jen Lynds • June 7, 2019
HOULTON, Maine -- A Bridgewater man died from a gunshot wound to the chest after his stepson allegedly came to his home in the evening hours and fired multiple gunshots at him, according to testimony on the second day of the murder trial of James Peaslee.

HOULTON, Maine — A Bridgewater man died from a gunshot wound to the chest after his stepson allegedly came to his home in the evening hours and fired multiple gunshots at him, according to testimony on the second day of the murder trial of James Peaslee.

Peaslee, 38, of Easton is accused of killing Paul Hilenski Sr. in January 2018, at his home.
The state contended that multiple security videos taken from the home of 79-year-old Hilenski Sr. depict Peaslee committing the killing.
Peaslee was indicted on charges of murder and using a firearm to intentionally or knowingly cause the death of Hilenski. He pleaded not guilty and is being represented in Aroostook County Superior Court in Houlton by attorneys Stephen Smith and John Tebbets. Testimony began on Thursday afternoon after a jury was seated before Superior Court Justice Harold Stewart II.
Assistant Attorneys General Leanne Robbin and Robert “Bud” Ellis contend that Peaslee was furious over a probate decision involving the estate of his mother, Janet Hilenski.
Paul Hilenski Sr. had moved to Bridgewater from North Anson and married Janet Hilenski, and they lived at the 227 Boundary Line Road property where he was killed. Janet Hilenski died without a will after a November 2015 car crash. Although Peaslee received $25,000 from the estate, prosecutors allege that he was furious that Hilenski Sr. was allowed to remain in the Boundary Line home.
Dr. Lisa Funte, deputy chief medical examiner for the state, testified Friday that the bullet that killed Hilenski Sr. entered the left side of his chest and went into his left lung, causing him to exsanguinate. She recovered the bullet from his back during the autopsy.
Concerned about his personal security and his property, the victim had an extensive security system at his home. It recorded the shooting and its aftermath, including Hilenski’s death in his kitchen. An exterior video shows an individual run up the steps of the Hilenski home and knock on the door. He then fires several rounds into the home through the screen door and a window in another door. He then ducks, fires more rounds, and runs away.
An interior video showed the victim going to answer the door and being fired at. He is then shown reaching for a landline phone in the kitchen, sitting down in a chair, and quickly thereafter falling to the floor and dying. Hilenski Sr. was found with a firearm holstered to his hip. Both of Hilenski Sr.’s sons said that their father often carried the firearm for protection.
Maine State Police Lt. Brian Harris and Sgt. Jeffrey Clark both identified Peaslee as the alleged shooter in the video. Both officers said they’d known him or had interactions with him for a number of years.
Detective Chad Lindsey testified that he documented four bullet holes in the screen door of the house and three bullet holes in the window of the door. Several .380-caliber shell casings were found outside the home, and two witnesses testified that Peaslee owned a .380-caliber handgun.
Cynthia Homer, a forensic analyst from the State Police Crime Lab in Augusta, testified that Peaslee’s fingerprints were found on a box of .380 caliber ammunition and a tray taken from his home during a search.
During cross examination, attorney Smith got police to acknowledge that they had never located the handgun allegedly used in the shooting, nor had they recovered the clothing that Peaslee is depicted wearing in the shooting video. Police also were unable to recover footwear impressions from the scene due to the recent snowfall and the number of first responders who had arrived to attempt to assist Hilenski Sr. or in the investigation.

Just when we thought we were out of the woods with kitten season, it has hit full force.  The past few days have been difficult answering the phone and hearing the stories of why people have litters of kittens they need to surrender.
Campaign Corner END_OF_DOCUMENT_TOKEN_TO_BE_REPLACED