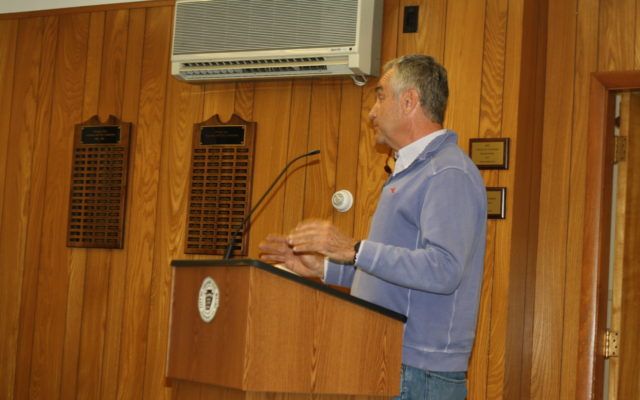 Melissa Lizotte • June 7, 2019
On Wednesday, June 5, members of the Presque Isle City Council approved zoning changes for a half-mile parcel of property located at the intersection of Route 1 and the Craig Road that will allow commercial businesses to potentially develop there.

PRESQUE ISLE, Maine — On Wednesday, June 5, members of the Presque Isle City Council approved zoning changes for a half-mile parcel of property located at the intersection of Route 1 and the Craig Road that will allow commercial businesses to potentially develop there.

After meeting with the city’s planning board last month councilors learned that Gene Knight, owner of E.C. Knight Company, a modular home dealer located at 449 Caribou Road, was interested in purchasing the empty lots near his property that extend 0.6 miles south to the Craig Road.

Prior to Wednesday evening’s vote, the city’s agricultural, farming and forestry zone only allowed for businesses directly related to those three development purposes, with all other proposals subject for review by the planning board.

Knight chose to address the council on June 6 after hearing of concerns from both planning board members and councilors about how more commercial businesses near Route 1 could potentially increase traffic incidents, due to cars slowing down to turn into parking lots.

Traffic was a topic of concern for council chairman Mike Chasse.

“I think it’s clear that we need to keep business development within the city’s business district. I know what we’re discussing isn’t full on spot zoning but it’s close,” said Chasse, referring to zoning of specific parcels of land that conflict with the zoning regulations of surrounding parcels. “That road sees a lot of traffic and we should try to keep it safe.”

Councilor Kevin Freeman agreed with Chasse and also expressed concern about Knight not having a specific business proposal for his desired parcels or names of companies interested in the property.

“I understand where you’re coming from but I don’t think we’re being asked a reasonable request when we don’t know what the property might look like in the future,” Freeman said, addressing Knight. “I have concerns about urban sprawl and I don’t think spot zoning is where we should be headed.”

But Knight told councilors that for the time being he only wished to market the land parcels better, preferably through commercial zoning approved by the city, that would increase the likelihood of further development.

He noted that the land is already equipped with adequate sewer and wastewater drainage systems approved by the Maine Department of Environmental Protection, giving potential business owners one less hurdle to jump through. Opening up the zoning to commercial businesses, he said, could lead to greater economic development for the city regardless of which businesses or companies express interest.

“I agree with everything you’ve said, but I think it would be a good problem to have several companies interested in the same land,” Knight said.

Councilor Craig Green voiced his support for the rezoning, saying that despite the uncertainty, the changes could help the city strive towards its goal of economic development.

“It would be a good thing to have more jobs in that area and to have more people coming and going,” Green said.

Although councilor Jacob Shaw was unable to attend Wednesday’s meeting, Chasse read a letter from him that expressed support for the rezoning.

“‘It’s more or less business friendly to increase the availability of the land,’” Chasse read. “‘I believe that as a council we must make a decision that will bring change to the community. I support a motion to adopt the zoning changes.’”

Despite the initial concerns, the council voted 6 to 1 in favor of the zoning changes.

The next council meeting is scheduled for Wednesday, July 10.

Halfway Home Pet Rescue in Caribou has partnered with the Houlton Humane Society shelter for a cat spay and neuter clinic on Saturday, May 30, and Sunday, May 31, in Houlton.
Campaign Corner END_OF_DOCUMENT_TOKEN_TO_BE_REPLACED