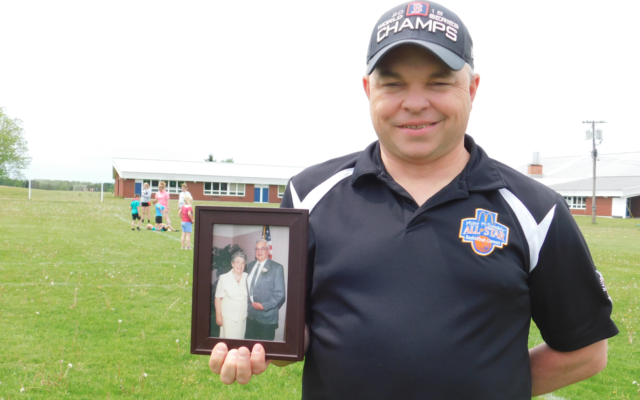 Nina Mahaleris • June 15, 2019
Travis Carter said he remembers his grandparents well. They were the busy type; always going from one activity to the next, even well into their retirement.

EASTON, Maine — Travis Carter said he remembers his grandparents well. They were the busy type; always going from one activity to the next, even well into their retirement. He remembers them prioritizing family time, going fishing, taking their grandkids camping and spending afternoons watching the local sports teams play.

“We were pretty much inseparable,” he said. 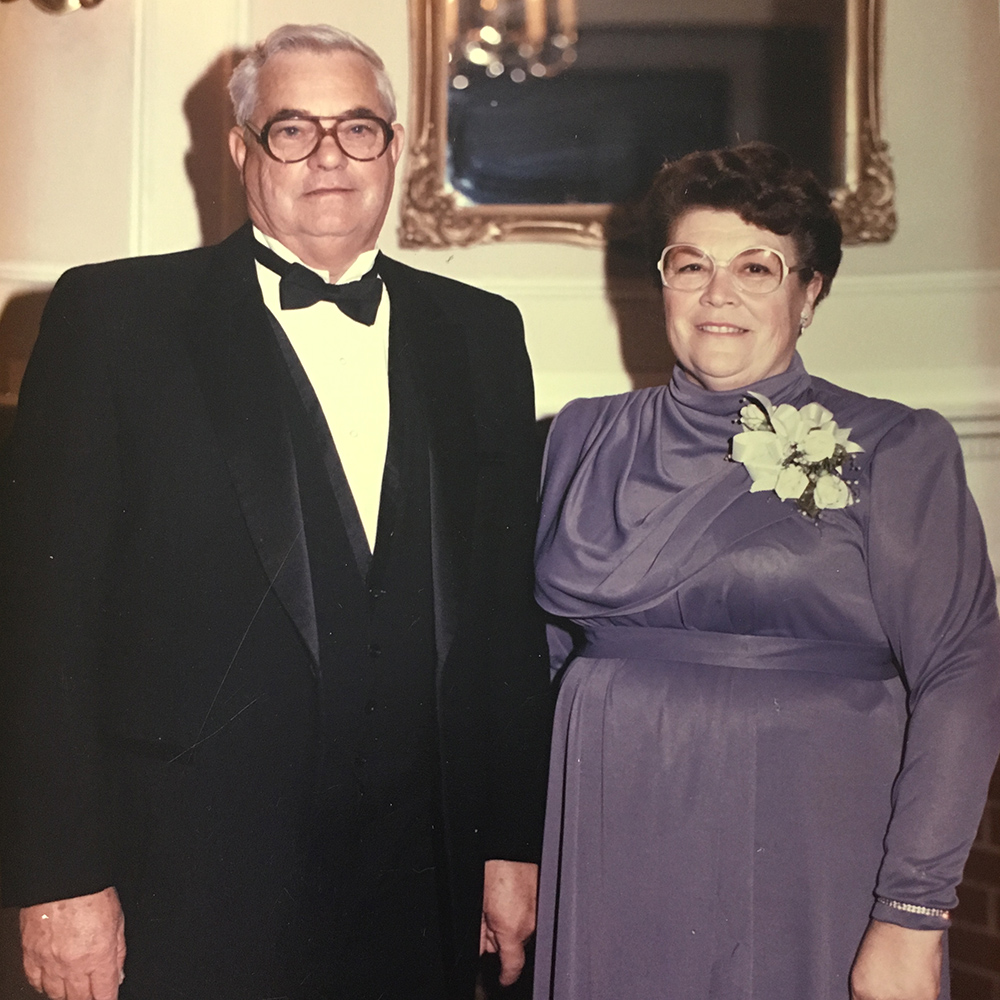 Carter wants to help bring the first set of lights to one of the soccer fields in town and name it after his grandparents who dedicated their lives to bettering the Easton community.

His grandfather, Clair, was a coach, teacher, principal and later superintendent of Easton High School, according to Carter. A career spanning 28 years, Clair and his wife Eldora became a vital part of the town.

Carter said the pair could always be found around town. “They were a big part of the community.” He said both of his grandparents were also known to be, “very fair and positive people.”

His grandparents were big sports fans; they loved watching the school athletes play in town. Just two years before his death in 2015, Easton High School named Clair their “Fan of the Year.”

Eldora worked as the Easton correspondent for the Star-Herald, beginning around 1972 and lasting until she finally retired in 2009.

After Eldora’s death in 2012, Clair did well on his own, Carter said, but he eventually developed dementia near the end of his life. He died three years later at the age of 91. During their marriage of more than 60 years, Clair and Eldora raised six children together, had nine grandchildren and six great-grandchildren.

Since taking over the project last May, Carter has raised about $60,000 for the new lights. He says most of the money comes from the people of Easton — especially the school’s alumni, some who knew Clair and Eldora well.

The “Light up our Field” project has been in progress for years, according to Carter, but has lost momentum over time. About a year ago, Carter decided to take it on himself. The project is an uphill battle, moving slower than he had hoped.

Carter is relying on the Easton community — a town of fewer than 1,300 people, to help raise money for the lights.

“As a town, obviously we help him by getting the information out about what he’s doing,”

Jim Gardner, Easton town manager. He said the town has been receptive to the project, especially because so many people remember Clair and Eldora. Gardner said Clair was known as “somebody you would idolize,” and Eldora was also popular in town for her role with the newspaper, plugging her into to all the community events.

Gardner said that because the project wasn’t a necessity for the town in the same way that heating the school or repairing damage is, the board won’t cover it financially. However, he said, “we’ll do the little things that we can do,” like offering to do some of the groundwork for the installation.

Carter’s original goal when the project started was $72,000, which could buy lights with wooden posts. But after consideration, Carter has raised the goal to $100,000 to afford lights with metal posts instead, which are expected to last longer over time.

The field lights will benefit more than just the team and players, said Carter. With lights, coaches will be able to schedule games later in the evening, increasing the chances that parents will be able to attend.

As a parent of student-athletes with a full-time job himself, Carter knows the struggle of trying to schedule and attend games and practices around other commitments.

Carter coached soccer for the high school for 17 years before taking a break last year.

He said coaches need to arrange practices around their own personal schedules, while also being mindful of students’ time. Some parents, he said, have to miss important games scheduled for 3:30 and 4 p.m. because they can’t get out of work early enough to attend.

The lights would increase general attendance at games, too. And if more people are at the games, there are more opportunities for the food vendors to profit, Carter said.

Carter said many more people will benefit from field lights, beyond that of the players. It would resolve scheduling conflicts and encourage people to go watch the games later in the evenings, strengthening community bonds.

“This helps every community — not just ours,” he said.

To donate to the “Light Up Our Field” project, visit the fundraising page here:  https://www.gofundme.com/light-our-field-project?utm_source=facebook&utm_medium=social&utm_campaign=fb_dn_cpgnstaticsmall_r

Maine is more than eight months into Medicaid expansion under the federal Affordable Care Act and trends around who is enrolling and where they live are starting to emerge, bucking some expectations and pointing out access challenges.
Pets END_OF_DOCUMENT_TOKEN_TO_BE_REPLACED