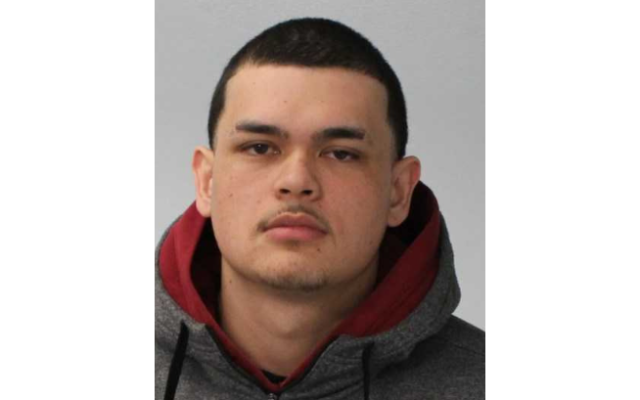 Limary to be sentenced Friday on manslaughter charge

Jen Lynds • June 19, 2019
A Presque Isle man who was found guilty last month of manslaughter and aggravated assault in connection with the death of a Caribou man will be sentenced on Friday.

HOULTON, Maine — A Presque Isle man who was found guilty last month of manslaughter and aggravated assault in connection with the death of a Caribou man will be sentenced on Friday.

Jonathan Limary, 23, will appear in Aroostook County Superior Court in Houlton at 9 a.m to face sentencing for the death of Jean Bragdon of Caribou.

Assistant Attorney General Robert “Bud” Ellis, who prosecuted the case, said Tuesday he has not yet decided what he will request for a sentence.

Bragdon, a 44-year-old dishwasher at Jade Palace in Caribou, died on Nov. 17, 2017, at his best friend’s home. His death occurred in the weeks following a fight on Oct. 30, 2017, during which Limary kicked him in the face after Bragdon had just finished fighting another man. Multiple witnesses testified that Bragdon was “winded” and down on his hands and knees when Limary kicked him.

Ten hours after he was released from the hospital following the second surgery, which Flomenbaum said was necessary for facial reconstruction and because the broken bones compromised his breathing, Bragdon collapsed and bled to death. His cause of death was listed as hemorrhagic complications following multiple fractures of the facial bones due to blunt force trauma to the head.

Bragdon and Limary were strangers to each other until the evening when the fight happened in the parking lot of a Caribou business. Bragdon went there to fight 20-year-old Andrew Geer of Presque Isle.

Geer testified that after he and Bragdon scuffled for approximately 90 seconds, with each landing punches, before he backed away from the victim, Limary “came out of nowhere” and kicked Bragdon.

Limary admitted to police that he had kicked the victim.

Bragdon, who was visiting the Willettes, saw the comments, took offense and demanded Geer meet him to fight.

Ellis said during closing arguments that “there was no need to kick Bragdon” as Limary had done.

The fight was over,” he said. “This was simply retribution. It was to teach Bragdon a lesson … witnesses have testified that Bragdon was winded after the fight, on all fours or with both knees and one hand on the ground, when the kick occurred. The bottom line is that he was defenseless and not a threat to anyone.”

Limary took the stand in his own defense, testifying that he kicked Bragdon to protect himself and others. He said that after Geer and Bragdon finished fighting, he believed that Bragdon was going to get up and continue to fight. At the same time, he said, he thought that friends of Bragdon who had rushed to the scene were going to join in the skirmish.

“Jean was getting up and it looked like he was going to continue to fight,” he said. “My actions were done to prevent it from happening.”

Defense Attorneys Adam Swanson and Hunter Tzovarras, who represented Limary, maintained that Limary did not cause Bragdon’s death. Tzovarras said in his closing arguments that Bragdon died from surgical complications after electing to have the second operation.

Just when we thought we were out of the woods with kitten season, it has hit full force.  The past few days have been difficult answering the phone and hearing the stories of why people have litters of kittens they need to surrender.
Campaign Corner END_OF_DOCUMENT_TOKEN_TO_BE_REPLACED