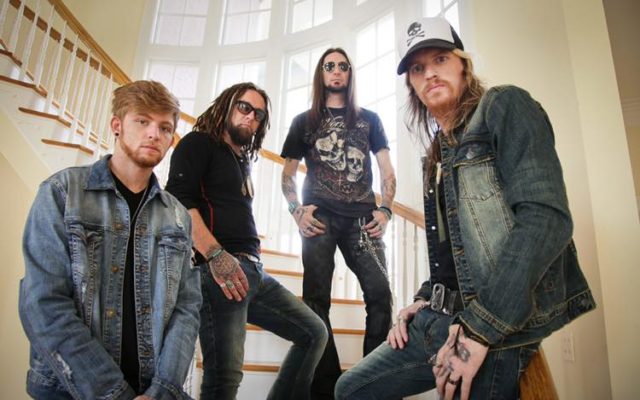 HOULTON, Maine — A weekend filled with barbecues, music and mud runs is coming to the Shiretown June 28-30.

Presented by the Houlton Fair, Houlton Community Park will be bustling with activity starting Friday, June 28, with the start of the “Barbecue, Music and Mud” festival. Fair officials said the  weekend event was created as a way to help bolster income for the fair.

A suggestion was then made to include mud runs as part of the weekend celebration.

“We had not done mud runs for about nine years,” Cleary said. “So we put that suggestion out to people on Facebook and we got a great response.”

The music festival takes place Friday, June 28, and Saturday, June 29, at Houlton Community Park. The lineup features a mixture of local, state and national groups performing over the two-day festival, and will also feature food vendors, a beer tent, on-site camping, as well as midway rides and carnival games.

Starting Friday, at 4 p.m., local band Wally and the Virginians opens the festival, followed by French Toast (a Madawaska band) at 6:30 p.m. National recording artists Framing the Red, a southern rock and roll band from Jackson, Mississippi, who have opened for artists such as Sevendust and Motley Crue, take the stage at 9 p.m.

On Saturday, Octavia, a classic rock band from Belfast, opens the festival at 3:30 p.m., followed by Dakota of Maine, a Bangor-based classic/modern rock band, performs at 6 p.m. and the local country group Ted and the Boys closes out the festival at 8:30 p.m.

In the event of rain, concerts will be held inside the John Millar Civic Center.

Also on Saturday, the “Backyard Barbecue Cookoff” will be held with vendors vying for $2,500 in cash prizes. A limited number of 50 VIP tasting tickets will be sold for this event at $25 each, which allows for a sample of food from each contestant in all four categories.

The Mudruns will feature four-wheel drive trucks and SUVs driving through a mud-filled obstacle course. An ATV/UTV and motocross competition also will be held.

On Sunday, June 30, a “Mr. and Miss Sparkler, Firecracker and Rocket” pageant will be held for children ages newborn to 6. In addition, an open mic talent contest will be held.

“It’s really turning into a really big weekend for us,” Cleary said.

The cost of admission is $10 per person. A two-day pass is available for $15 and a three-day pass can be purchased for $20.

“We decided last year, we (the Houlton Fair) can’t be just a four-day event,” Cleary said. “If we want to survive, we can’t rely on four days to do everything. That’s why we did the Uncle Kracker concert and why we are trying these events.”

Well, normally this time of year we would be gearing up for our annual “Paws for the Cause” walk.  Families and their furry companions would be showing up with generous pledges in hand, ready to enjoy an easy two-mile walk and then some welcomed refreshments afterward.
Campaign Corner END_OF_DOCUMENT_TOKEN_TO_BE_REPLACED