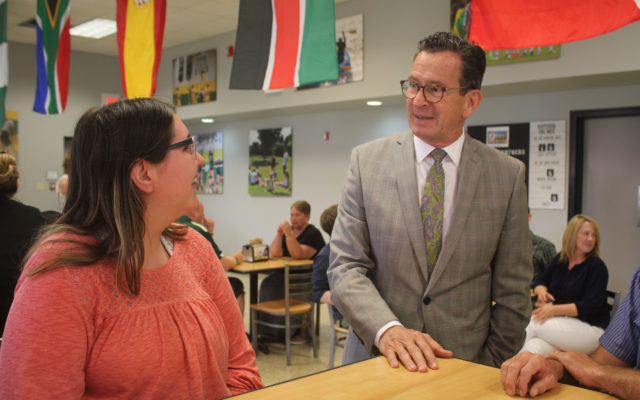 Jessica Potila • July 1, 2019
On his first official day as University of Maine System chancellor, former Gov. Dannel P. Malloy visited the system’s northernmost campus Monday to punctuate his plans to ask the UMS Board of Trustees to approve a presidential search for University of Maine at Fort Kent.

FORT KENT, Maine — On his first official day as University of Maine System chancellor, former Gov. Dannel P. Malloy visited the system’s northernmost campus Monday to punctuate his plans to ask the UMS Board of Trustees to approve a presidential search for University of Maine at Fort Kent.

The UMS trustees will meet in September in Fort Kent. 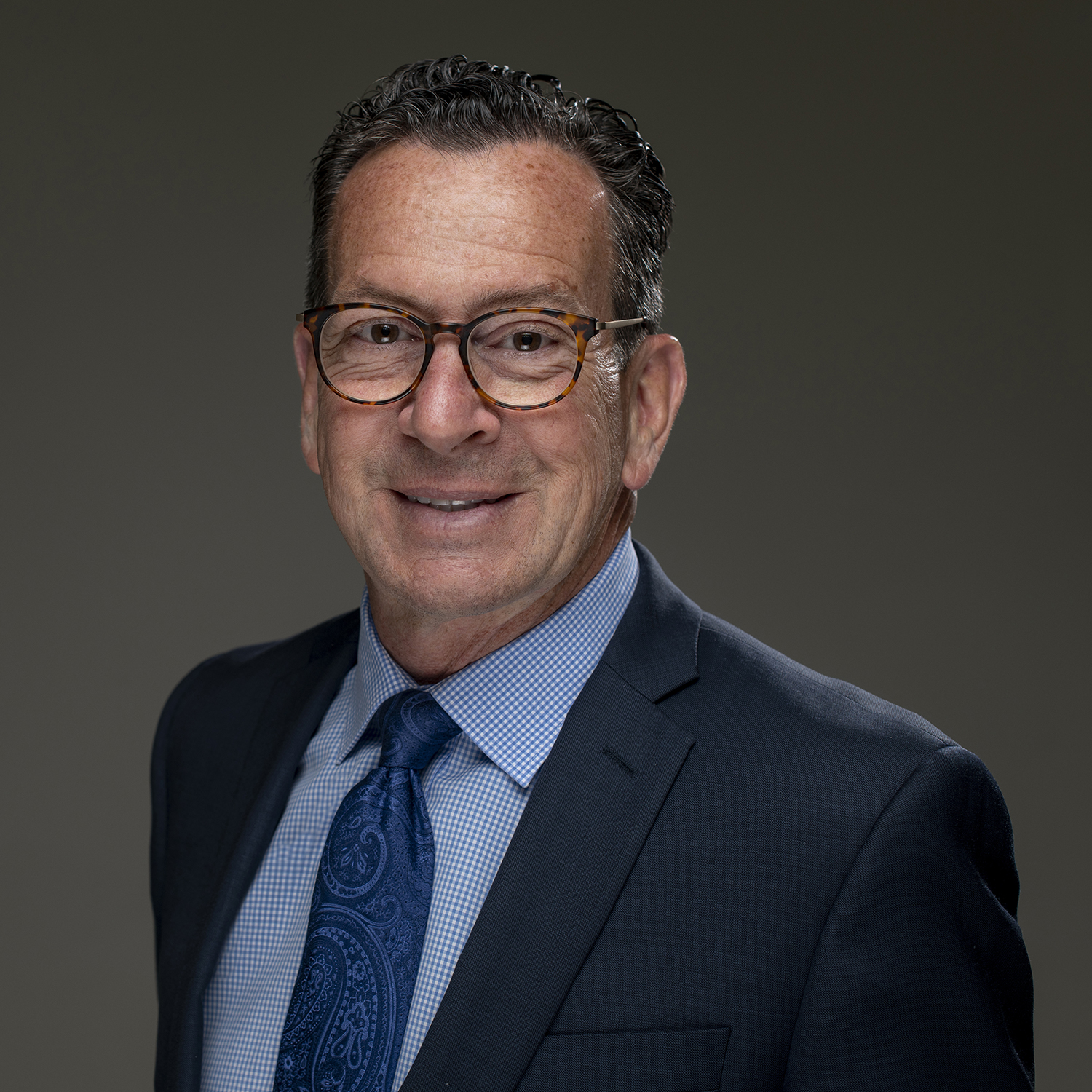 Malloy announced his intentions for a campus and community-engaged presidential search earlier in the day Monday in a press release.

UMFK welcomed Malloy with a luncheon at Nowland Hall cafeteria, where the new chancellor walked around the room and personally introduced himself to the roughly 75 guests in attendance.

Chancellor Malloy said he hoped his news of a presidential search would help “stop the rumors that somebody has expectations of closing this campus or closing other campuses.”

Malloy said he chose to visit Fort Kent on his first day, and plans to visit the University of Maine at Presque Isle on Tuesday, so that “people who are at our farthest flung campuses can appreciate that I know them; I appreciate them and how important it is to Maine to have these universities and campuses spread throughout the state.”

“Maine is a big state geographically, with a small but diverse population spread out, and we have to meet people where they are,” Malloy added. “We have to make sure that we have the facilities that will allow us to prepare that workforce for the future.”

Chancellor Malloy toured UMFK and planned to tour UMPI to focus on those facility needs and planned investments at the campuses.

These plans include an Enrollment and Advancement Center at the Fort Kent campus to attract more students and build a stronger foundation for public higher education in Aroostook County.

At UMPI, the bond-funded investments include critical renovations to Wieden Hall that will provide academic space for UMPI’s Physical Therapist Assistant and Exercise Science programs and improvements to nursing and healthcare space.

“With strong community and industry support, UMPI is also investing nearly a million dollars to construct a new greenhouse facility to support agricultural education, research, and programs,” according to the press release.

Malloy said he has been active in education for all of his adult life, including as the former mayor of his hometown of Stamford, Connecticut, for 14 years, as governor of Connecticut, teaching at the college level for 13 years at University of Connecticut System and at Boston College Law School.

He also has been employed as a prosecuting attorney in New York City and spent 12 years in private practice.

“In 2016 Malloy was honored as the John F. Kennedy Profile in Courage Award recipient for defending the U.S. resettlement of Syrian refugees amid security concerns following the November 2015 terrorist attacks in Paris and personally welcoming a family of Syrian refugees to New Haven, Connecticut,” according to the press release.

Other recipients of the Profile in Courage Award  include U.S. Presidents Barack Obama, George H.W. Bush and Gerald Ford.

Malloy and his wife of 37 years, Cathy Malloy, who he met when they were both students at Boston College, have a dog named Zoe and three sons, Dannel, Ben and Sam.

Well, normally this time of year we would be gearing up for our annual “Paws for the Cause” walk.  Families and their furry companions would be showing up with generous pledges in hand, ready to enjoy an easy two-mile walk and then some welcomed refreshments afterward.
Campaign Corner END_OF_DOCUMENT_TOKEN_TO_BE_REPLACED