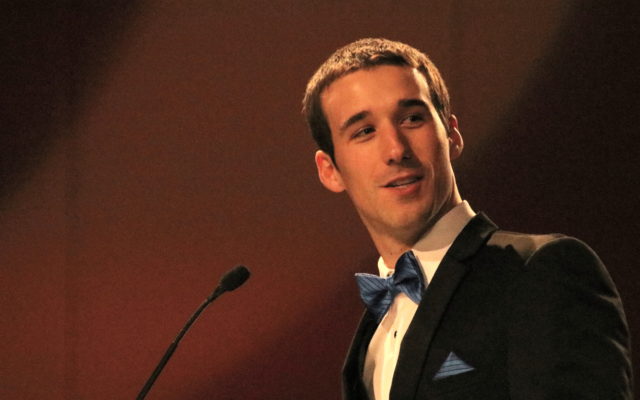 Larry Mahoney • July 1, 2019
Austin Theriault’s childhood dream was to race in the Monster Energy Cup Series. The Fort Kent stock car racer used to go to the Cup races at New Hampshire Motor Speedway in Loudon and recalled seeing his favorite driver, Mark Martin, win the Sylvania 300 at Loudon in 2009.

Austin Theriault has spent his entire auto racing career working toward a chance to compete at the sport’s highest level.

Later this month, the Fort Kent native will achieve that goal.

According to austintheriault.com, Theriault will be driving the No. 52 Rick Ware Racing Chevrolet when the NASCAR Monster Energy Cup series makes its stop at New Hampshire Motor Speedway in Loudon, New Hampshire.

Bangor Savings Bank will serve as the primary sponsor, along with Cross Insurance, Daigle Oil Co. and E.J. Prescott, as Theriault competes in the Foxwoods Resort Casino 301 on Sunday, July 21.

“I’ve been working extremely hard to get the opportunity to race in the Monster Energy NASCAR Cup Series,” Theriault said in a release. “I remember sitting in the NHMS grandstands and watching my favorite driver, Mark Martin, win the last race of his Cup career in 2009. It never crossed my mind that I would have the opportunity to make my Cup debut at a track that means so much to my family and I. The support we’ve received from New England is humbling, and I’m excited to say I’ll be debuting with the support of New England based companies.”

Theriault, who most recently has partnered with Crazy Horse Racing, a company based in South Paris that builds Super Late Model and Late Model race cars, has competed several times at NHMS. He has raced there in the NASCAR Xfinity Series, NASCAR Gander Outdoor Truck Series and NASCAR K&N Series.

“We are proud to be giving deserving drivers their chance, and RWR has been fortunate to give some outstanding drivers their chance in the Cup Series over the years,” team owner Ware said in the release. “We are just as excited to see Austin Theriault showcase his talents on this big stage. We have been following Austin’s career and are thrilled to have him in the Bangor Savings Bank No. 52 at New Hampshire. We are equally excited to have Bangor Savings Bank join the RWR family as a marketing partner.”

Most recently, Theriault finished 26th on March 23 at Martinsville Speedway in Virginia in the TruNorth Global 250.

A few years back the Ark was gifted with something that we never dreamed possible. It is a gift that left us speechless and opened a whole new door for us.
Campaign Corner END_OF_DOCUMENT_TOKEN_TO_BE_REPLACED