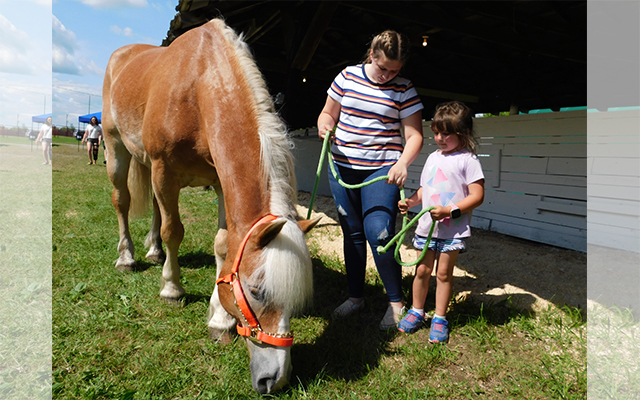 Nina Mahaleris • July 5, 2019
A dozen or so potato-filled trays sat in the center of the Exhibition Hall waiting to be judged on Monday morning at the Northern Maine Agricultural Fair, which opened Friday.

PRESQUE ISLE, Maine — A dozen or so potato-filled trays sat in the center of the Exhibition Hall waiting to be judged on Monday morning at the Northern Maine Agricultural Fair, which opened Friday.
Each individual tray of potatoes varied in size, color and type and was awarded a single ribbon for achievement — some blue, some red. Yet only one name was listed on all of the trays: Maddie Buzza. 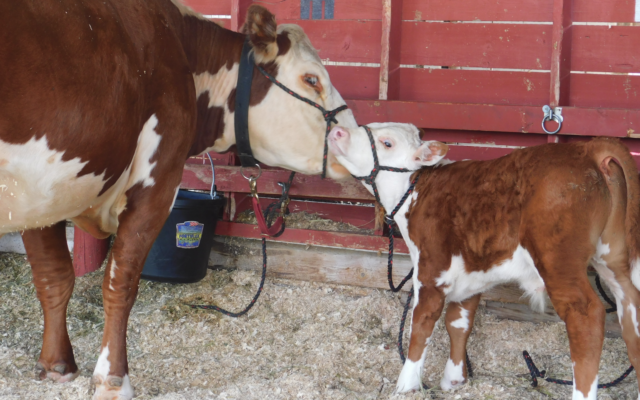 Last November, the Northern Maine Fair Association requested permission from the state to move the fair dates a month early in order to maintain the carnival rides vendor, Smokey’s Greater Shows. Their solution was to rearrange the traditional fair schedule to work with Smokey’s, but not overlap dates with the Houlton Agricultural Fair beginning on July 4.

But in late June, potatoes aren’t ready to be picked. Kevin Marquis, who is the adviser for the Easton chapter of Future Farmers of America, said that hosting the fair earlier in the growing season could be affecting crop availability for the competition.

According to Marquis, planting usually begins in May as the soil and the temperatures become warm enough for the plants to grow. He said that the earlier date forces some of the kids to enter potatoes from last year’s harvest in the competition, as the new ones aren’t yet mature enough this season.

“They picked up as well as they could for what’s available,” he said.

Jessica Winslow, the superintendent of FFA activities, said that the problem is larger than just an earlier fair season. She said Buzza was the only person to submit potatoes for the last three years, and that participation has “drastically decreased over the last several years.” 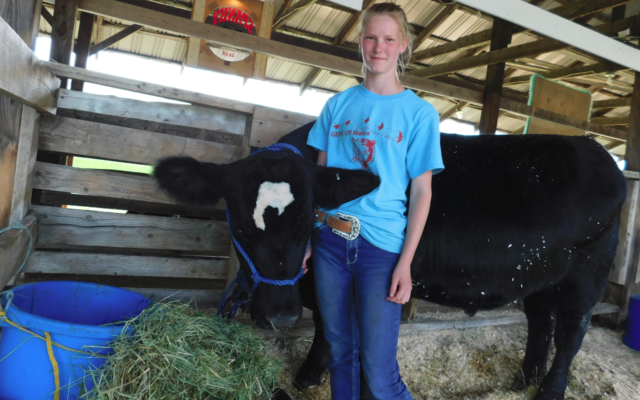 The main focus for the fair, especially with hosting the 4-H and FFA events, is to promote agriculture, according to Winslow.

“We want these kids to be involved,” she said.

As for the 4-H members and baby beef competitors, several people said that changing the fair dates didn’t have a negative impact on the quality of the cattle. It only made the kids alter their feeding schedules. Meagan Smith, a County native, participated in 4-H when she was younger, just as her parents and grandparents did. Her 5-year-old daughter Olivia will raise her own animal when she’s old enough.

Smith brought two horses, a pony and a sheep to display in the fair but was not involved with 4-H this season. However, she said she thought that moving the fair up in the summer did have a negative impact on the farmers.

“It took away a lot,” she said, referring to limited pasture times for livestock because of the earlier dates. But if the alternative was to cancel the fair, that would be “detrimental” to the children and promotion of agriculture, she said.

“These kids need this,” she said. “Without this, agriculture dies in Aroostook County.”

Willie Winslow, a 4-H leader, said that the earlier fair dates only meant that the kids needed to amend their schedules. Winslow said that everyone participating this year was notified in November, once a decision was reached about changing the fair dates.

In comparison to last year, Winslow said he expects these beef animals to be heavier because the kids had to work harder to ready their animals a month early.

His daughter Amanda has been participating in the baby beef contest for the last four years. She said the program helps her develop her skills both in taking care of animals and marketing them to potential buyers. 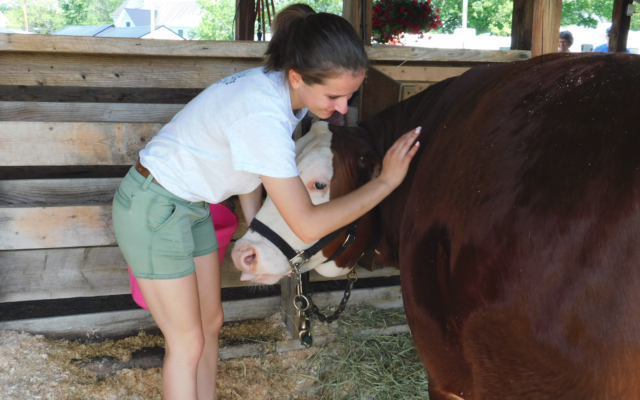 Despite initial uncertainties about the altering dates, the 4-H and Baby Beef contests are still going strong, according to some parents.

Nichole McCrum and Alana Margeson both have kids participating in the program.

“I’m surprised at how good they look,” McCrum said of the steer that the kids have grown.

McCrum and Margeson also said that part of the reason the program is successful is thanks to the buyers who come back every year to purchase steers at the baby beef auction.

Vegetables and fruit are affected differently. Roland and Pauline Tompkins of Mapleton said they have been going to the Northern Maine Fair since they were younger. They each grew up on a family farm — Pauline in Washburn and Roland in Mapleton.

Now in their late 80s, both have seen the way that farming has changed over the last several decades. They said that the farmers aren’t at this year’s fair because they need to be working in  their fields during this part of the season.

“This is the wrong time of year,” Pauline Tompkins said.

The Tompkins, who are both retired now, spoke about the difficulties of farming today. “No one can get into farming today — unless you’re born into it,” said Pauline. She said that farming is tough to keep going because of a general diminishing interest in the work and some hefty financial investments to undertake just starting up.

This year, the Northern Maine Fair Association introduced craft time for kids to participate in, to make up for the loss of crops. As for future fairs, Jessica Winslow said that they are trying to work through this year and then will address changing the dates for next year, if need be.

“We don’t know what the future holds,” she said.

Although the Northern Maine Fair Association was granted the six-day festival between June and July this year, they will not be allowed to hold a fair around the Fourth of July for the next three years, per a ruling from the Maine Department of Agriculture, Conservation and Forestry issued on June 14.

Well, normally this time of year we would be gearing up for our annual “Paws for the Cause” walk.  Families and their furry companions would be showing up with generous pledges in hand, ready to enjoy an easy two-mile walk and then some welcomed refreshments afterward.
Campaign Corner END_OF_DOCUMENT_TOKEN_TO_BE_REPLACED