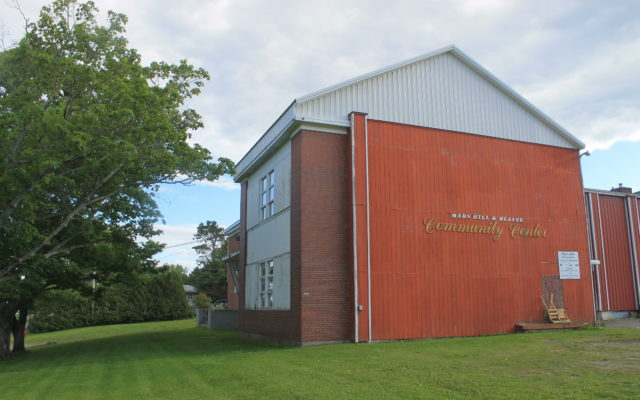 Anthony Brino • July 6, 2019
The towns of Blaine and Mars Hill will hold a public hearing this month to ask residents to vote on whether to move forward with planning for a new community center.

MARS HILL, Maine — The towns of Blaine and Mars Hill will hold a public hearing this month to ask residents to vote on whether to move forward with planning for a new community center.

Leaders of the two towns will gather with residents to take a vote on whether to continue discussions to replace the Mars Hill-Blaine Community Center at 7 p.m. Monday, July 22, at Central Aroostook High School’s music room.

At a meeting Tuesday, elected leaders from both towns agreed to get further input from local voters before spending money on conceptual plans for a new building to replace the community center, the former Aroostook Central Institute school.

The towns have already spent $22,000 for an engineering analysis of the community center, which houses the towns’ shared recreation program and has a number of public accessibility and safety problems, including a leaking roof.

“We can’t spend any money on a concept drawing until we find out if the towns say yes or no,” said Mars Hill councillor Trent Lundeen, echoing a sentiment shared among the towns’ leaders.

Members of the Blaine select board and Mars Hill council said they could support building a new community center, with the goal of providing a place for youth, families and senior citizens to exercise and gather for community events year-round.

But they agreed Tuesday that residents of the two towns need to weigh in before going further into the planning process and paying for a conceptual drawing.

If voters okay moving forward at the hearing, the next step would be having a conceptual drawing and then holding a referendum on approving a borrowing package to start construction next spring.

If the proposal to move forward is voted down, the towns will hold a referendum to borrow $150,000 to demolish the current community center, said Mars Hill town manager David Cyr.

Well, normally this time of year we would be gearing up for our annual “Paws for the Cause” walk.  Families and their furry companions would be showing up with generous pledges in hand, ready to enjoy an easy two-mile walk and then some welcomed refreshments afterward.
Campaign Corner END_OF_DOCUMENT_TOKEN_TO_BE_REPLACED