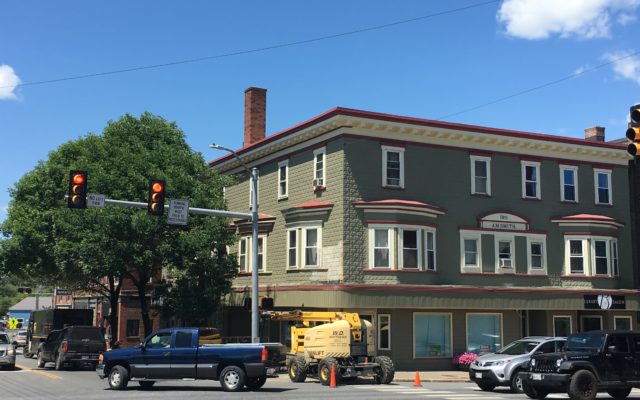 Local couple dedicates themselves to restoring A.M. Smith Building after years of dilapidation

Nina Mahaleris • July 10, 2019
Four years have passed since Amy and Jim Collins purchased the historic A.M. Smith building on Main Street. After years of having to delay renovations, the couple decided it was time to finally complete the project.

PRESQUE ISLE, Maine — Four years have passed since Amy and Jim Collins purchased the historic A.M. Smith building on Main Street. After years of having to delay renovations, the couple decided it was time to finally complete the project.

“We’ve always felt that it was an iconic building of the city,” said Amy Collins. “We just felt that the building needed to be fixed up.”

Built in the late 1800s, the building is remembered as the former site of a Hardware Store once owned by Aubrey M. Smith, who was a well-known and influential resident of Presque Isle. 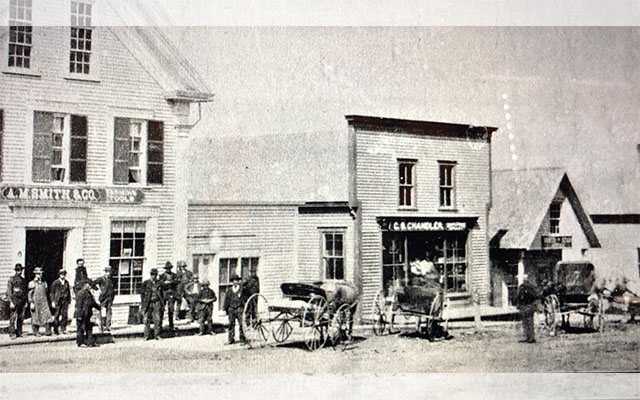 But the building didn’t always look the way it does now. Kim Smith, the city’s Public Information Officer, said that the building was first established in 1849 by David Dudley and operated as a general store for the community of Fairbanks — now known as Presque Isle.

According to Richard Graves, a local historian and optometrist, Dudley sold the store to Smith sometime in the 1880s. Graves has published multiple books about Presque Isle history from the last 150 years. 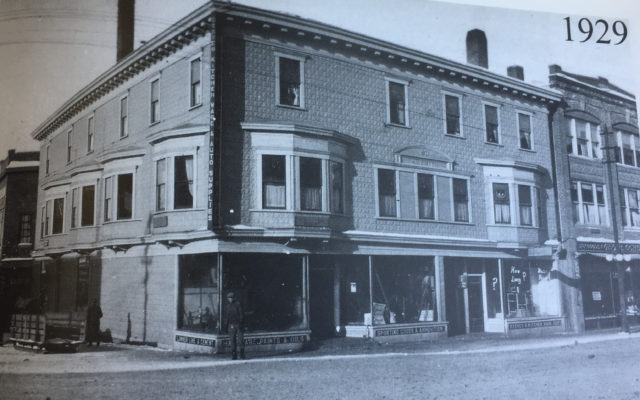 The shop operated for the next few decades selling hardware, lumber and other building materials, but was eventually destroyed in the fire of 1909. The following year, renovations began on the site with a new look in mind. By 1911, the building — now larger and with a more commercial appearance, was complete. 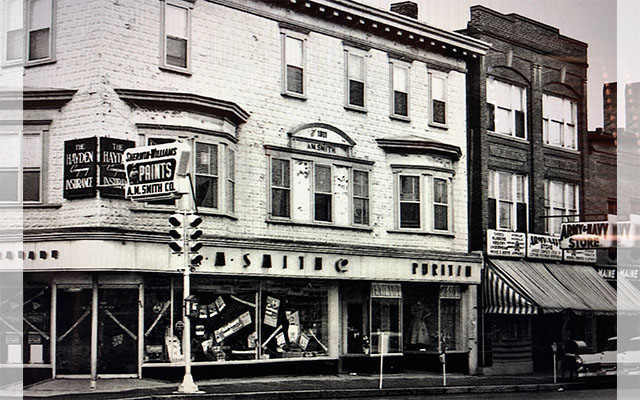 AM Smith building, circa 1958. (Courtesy of Richard Graves)

Since its establishment in 1849, the A.M. Smith building has been home to a general store, a hardware and lumber store, a pawn shop and even a wineseller. But for about the last five years, the first-floor commercial space has been vacant, said Lewis Cousins, the city assessor. 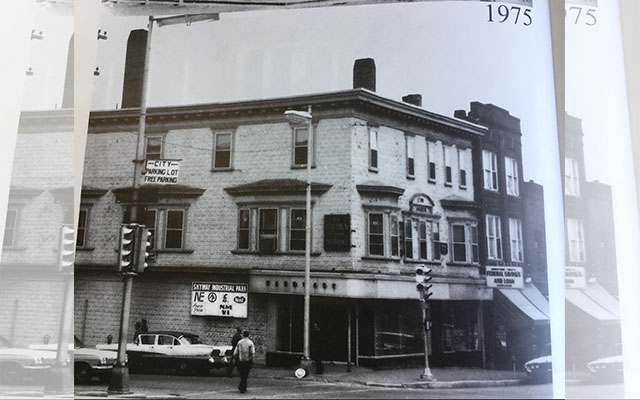 The Collinses said they’ve always liked the building and felt it just needed some fixing up. This year, they decided to speed up progress on bringing it back to its former glory. Jim Collins, who previously owned Jim’s Home Improvement business in Portage Lake, is doing much of the repairs himself — including painting the exterior by hand with a three-inch brush. 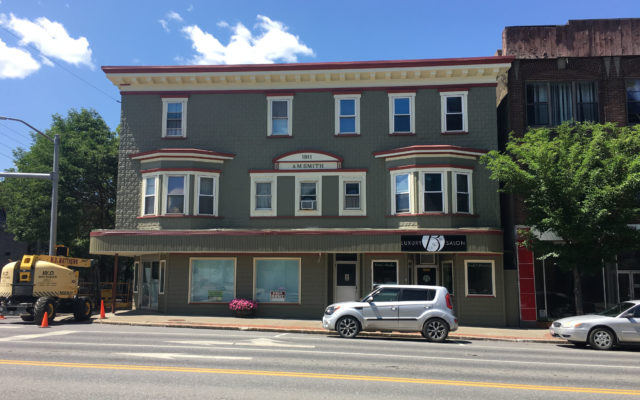 For possibly the first time in its history, the building is green. Collins paired the exterior with maroon and beige trim, which emphasize the siding and window frames.

“It [the renovations] actually went pretty remarkably fast,” said Amy Collins. After completing remodels for the retail space last winter, the couple began advertising to prospective tenants who might want to set up shop downtown.

“We want to bring Main Street back alive,” the Collinses said.

For tenants and local residents alike, the A.M. Smith building represents a long and complicated history of the Star City. But it also offers something else — the promise of renewal.

Halfway Home Pet Rescue in Caribou has partnered with the Houlton Humane Society shelter for a cat spay and neuter clinic on Saturday, May 30, and Sunday, May 31, in Houlton.
Campaign Corner END_OF_DOCUMENT_TOKEN_TO_BE_REPLACED