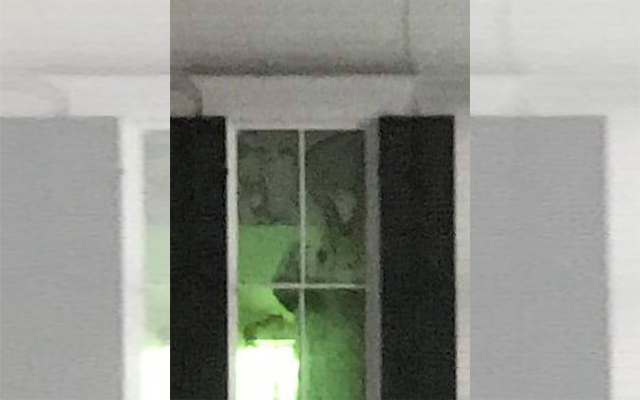 Houlton family calls on pastor to cleanse their home of spirits

Jen Lynds • July 11, 2019
After more than three decades spent working as an Anglican priest, hospice chaplain and pastoral counselor, the Rev. Terrence McGillicuddy said recently that he has been called upon to perform countless services to support those in need.

HOULTON, Maine — After more than three decades spent working as an Anglican priest, hospice chaplain and pastoral counselor, the Rev. Terrence McGillicuddy said recently that he has been called upon to perform countless services to support those in need.

When a call came from his hometown about a local family that needed his help to feel more at peace in their residence, he admitted that it was something that he didn’t have much experience with.

“In all my years in service to others, I had only received a request like this once before,” he explained. “It was also from a Houlton family, and they wanted help with the same thing. They wanted their house spiritually cleansed because they were troubled or frightened by something that was going on there.”

McGillicuddy, who has a Ph.D. in clinical psychology and master’s degrees in divinity and theology, is the founder of the Anam Cara Community, a Christian counseling and spiritual formation practice.

On June 18, McGillicuddy returned to Houlton to the steps of a home near downtown Houlton that family members suspected was haunted. According to municipal records, the 12-room, multi-family home was built in 1887.

Kim Maguire, who relocated to Houlton from Rhode Island, is currently renovating the rambling structure with her husband.

“We first started to notice things when we started the renovations on the second and third floor,” she said on Saturday. “I would go in and hear my name called, even though I was alone in the house. My husband experienced the same thing, and my daughter heard her name called three or four times. We found things knocked over. Doors slammed shut. At one time, I felt like a man was staring at me through the window.”

During the renovations, contractors found a picture of a family in the walls. In the 1800s, families often stuffed old clothing, newspapers and pictures into the walls of the home to act as insulation. Maguire is convinced that the spirits of the former residents pictured in the picture have remained in the house.

“It isn’t just us,” she noted. “One of the contractors said he was frightened and left the house because he felt someone touching him.“

Maguire said that the odd noises continued and got more aggressive, even after she burned sage and blasted Christian music in the home.

Once she discussed the situation publicly, she said, she was pointed to McGillicuddy.

“I knew that I had to help them, and I wanted to see what I could do to give them peace,” he said. “Everyone should be able to feel peaceful and rested at home.”

McGillicuddy said that he read Roman Missal exorcism prayers during the brief service and blessed every room in the three-story dwelling with Holy Water.

Maguire said that she did not know much about the history of the home or if anything tragic or traumatic might have gone on there. She said that she heard rumors that a family living there had lost a couple of their children.

According to census records from 1940, Charles and Mary Nickerson lived at the house at the time with their 15-year-old daughter, Clara Ruth Nickerson. Charles died in 1985, Mary died in 1991, and Clara died in 1993.

Maguire said that she has taken several pictures in the home and believes she can see images of other people in them.

Once McGillicuddy posted a picture of the dwelling and a short explanation of what he had done for the family on social media, several current and former Houlton residents told McGillicuddy that they had similar experiences in which they felt they saw figures in the windows as they walked by.

McGillicuddy said that he has now performed such services at two Houlton residences, both of which he said were older homes. He said that he considers it an extension of pastoral therapy.

Maguire said that the house is now quiet after McGillicuddy’s actions.

“I know there are some people that don’t believe in things like this, but I do, and I know a number of others do,” she said. “I have heard that there are a number of haunted houses both in Houlton and in Maine.”

Maguire said that she and her family plan to move in next year.

Although he continues to live in Massachusetts, McGillicuddy said that he would be happy to help any local family that needed his services.

Halfway Home Pet Rescue in Caribou has partnered with the Houlton Humane Society shelter for a cat spay and neuter clinic on Saturday, May 30, and Sunday, May 31, in Houlton.
Campaign Corner END_OF_DOCUMENT_TOKEN_TO_BE_REPLACED