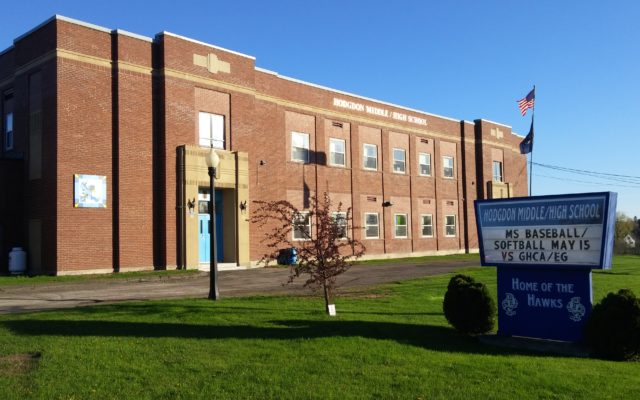 Joseph Cyr • July 12, 2019
The computer laptop has become one of the most essential educational tools for students in middle and high school over the past decade.

HODGDON, Maine — The computer laptop has become one of the most essential educational tools for students in middle and high school over the past decade.

Today’s students do much of their homework online, rather than putting pencil to paper, making the laptop a key component of every classroom. So it makes sense that school districts need to find some way to protect their technological investments.

Most every school district has a policy requiring students to pay a technology fee if they wish to take their computers home each day. Insurance policies are also available for students, to cover any damage or losses during the school year.

Starting this fall, SAD 70 will be increasing its computer maintenance fee to $40 per student — up from the $30 it has been charging for the service. However, under the new policy, graduating seniors will be given their laptops to keep. The SAD 70 school board approved the change during a Monday, July 8, board meeting.

“We are trying to keep everything into a four-year rotation,” explained  Kevin Kimball, technology director for the district.

This past school year’s seniors were given an opportunity to purchase their laptops at the end of the year for $40. About half of the graduating seniors took the district up on that offer this past spring.

SAD 70 Superintendent Stephen Fitzpatrick said many school districts in the area are already doing something similar — including Presque Isle, Caribou and Madawaska.

Fitzpatrick said the $30 fee students currently pay represents more than 50 percent of the initial cost of the laptop when factored over a four-year period. Kimball added that by increasing the fee to $40, it would almost cover the cost of the laptops the district uses at the high school, but the district would still be picking up a portion of the bill.

The district currently spends about $230 per computer for its high school students.

“Hopefully, it will also encourage the students to take better care of the equipment going up through the years knowing it will be theirs when the leave,” he added.

Board member Mark Ganzel asked if there was any plan in place for those families who could not afford the computer maintenance fee, or had several students in the district. Kimball stated the district currently works with any families that may have a financial hardship.

The high school laptops are different from those provided to middle school students through the state’s Maine Learning Technology Initiative, which put computers in the hands of every middle schooler starting back in 2002.

According to the Maine Department of Education’s website, the concept of the Maine Learning Technology Initiative began with a vision of former Gov. Angus King to prepare Maine’s students for a rapidly changing world.

In 2009, MLTI expanded into high schools. The expansion was part of an agreement the State Department of Education negotiated with Apple Inc. for a reduced rate on the laptops, allowing the state to lease up to 100,000 machines within existing funds dedicated to educational technology.

Under the agreement, the state could provide new laptops to all high schoolers and replace older machines at the middle school level. School districts were not required to participate in the program, though superintendents indicated overwhelming support for the laptop expansion.

The expansion led to an order placed for the largest education technology program of its kind. The Maine Department of Education announced in 2009 that it placed orders for more than 70,000 MacBooks for students and faculty in grades seven through 12.

In 2012, the program was expanded to give school districts a choice in what type of laptops or tablets it wished to supply to students.

Only one member of Maine’s congressional delegation had come out in favor of impeaching President Donald Trump ahead of House Speaker Nancy Pelosi’s Tuesday announcement that the Democratic-led House of Representatives would begin an impeachment inquiry.
Pets END_OF_DOCUMENT_TOKEN_TO_BE_REPLACED

We think a cat can make for the best pet in the world. To truly love a cat, you must learn to accept them for what they are -- unpredictable and quirky, which is something unique and unlike any other pet.
Campaign Corner END_OF_DOCUMENT_TOKEN_TO_BE_REPLACED