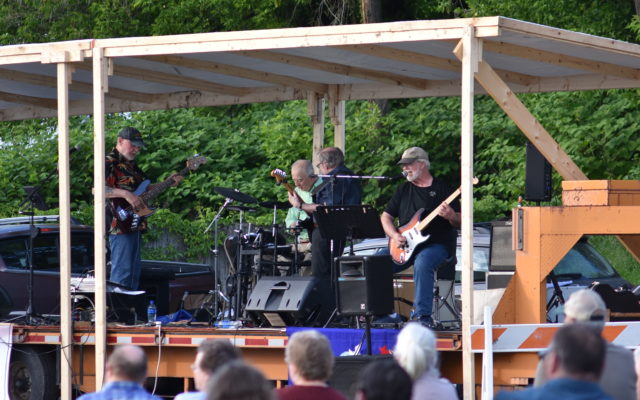 Joseph Cyr • July 16, 2019
While the city of Bangor has its Waterfront concerts to entertain the masses, the community of Danforth is doing its best to bring music on a smaller scale to its residents this summer.

DANFORTH, Maine — While the city of Bangor has its Waterfront concerts to entertain the masses, the community of Danforth is doing its best to bring music on a smaller scale to its residents this summer.

Located about 100 miles to the northeast of Bangor, the town’s leaders have turned to music in an effort to draw more people to its community and also boost tourism.

Ardis Brown, town manager for Danforth, said the idea for summer concerts in downtown Danforth first came up when she took over as town manager in July 2017. That August, the town hosted its first concert along Main Street to great success.

“We were really just trying to get the community engaged and have some activities for people right here in town,” Brown said. “People really seemed to enjoy it and it seems to bring the community together.”

Based on the success of that performance, additional concerts were scheduled the following summer in 2018. This year, the number of shows has grown to six outdoor performances based on the overwhelming support by the public.

“Our population grows tremendously during the summertime because of our lakes, and this is a good way to help promote our town,” Brown said.

Danforth’s Main Street is closed to automobile traffic for the shows and a number of vendors set up shop to sell food and other items creating a street fair atmosphere. 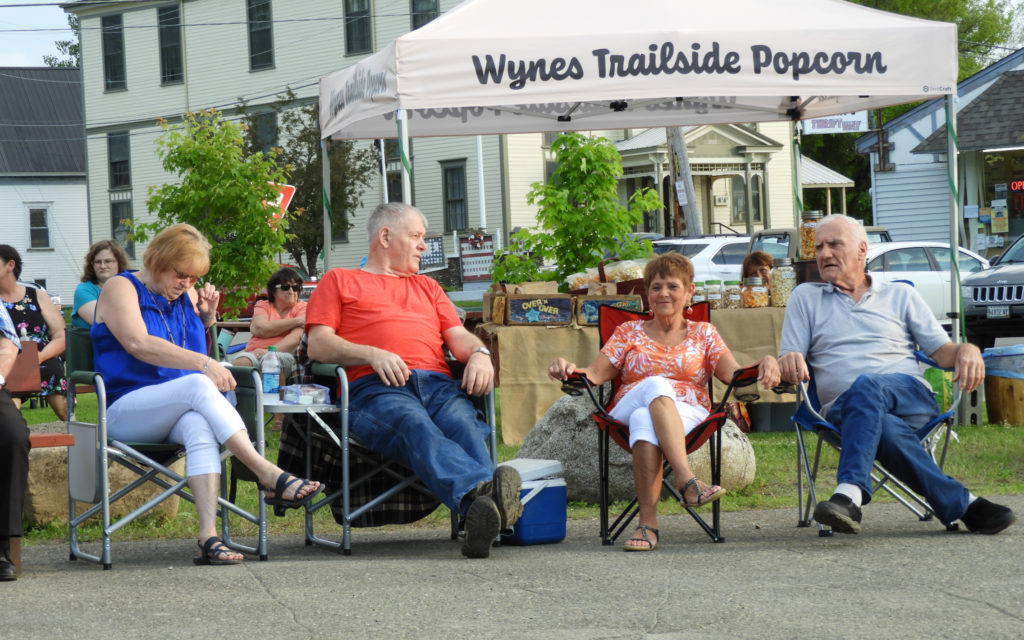 People line the street in downtown Danforth June 28 for one of the town’s outdoor summer concerts.
(Contributed photo)

During the town’s annual Summerfest celebration, slated for Aug. 1-4, two concerts are planned with the Jacob Smalley Band performing at 6:30 p.m. Friday, Aug. 2, and Rock Revelation entertaining at 7 p.m. on Saturday, Aug. 3.

Bart Stover, a member of the Jacob Smalley Band, has a connection to Danforth in that he once served as the music teacher at East Grand Community School, Brown said. Rock Revelation is a Bangor-based band.

The concerts are free and open to the public. Bands are paid through sponsorships from local businesses.

“Every concert, the attendance seems to be building,” Brown said. “We are even getting calls here at the town office from people asking who is performing next. Some just come to listen, while others are out dancing on a nice summer night.”

On Aug. 10, Paul Green’s School of Rock, which was the inspiration for the film “School  of Rock,” makes a return to the Danforth area. Musicians are between the ages of 12 and 18 and hail from Woodstock, New York.

“Last year, they had a young girl sing a Whitney Houston song and she received three standing ovations,” Brown said. “It was just amazing.”

The series wraps up on Saturday, Aug. 24, with local group Ted and the Boys.

Brown added the concert series is designed to be family-friendly, with shows typically taking place between 7 and 11 p.m. Some individuals simply sit in their vehicles to listen to the tunes, while others come to dance. Brown said they are also encouraging the older population in the community to come to the shows.

For information on the concert series, call the Danforth Town Office at 448-2321.

Just when we thought we were out of the woods with kitten season, it has hit full force.  The past few days have been difficult answering the phone and hearing the stories of why people have litters of kittens they need to surrender.
Campaign Corner END_OF_DOCUMENT_TOKEN_TO_BE_REPLACED