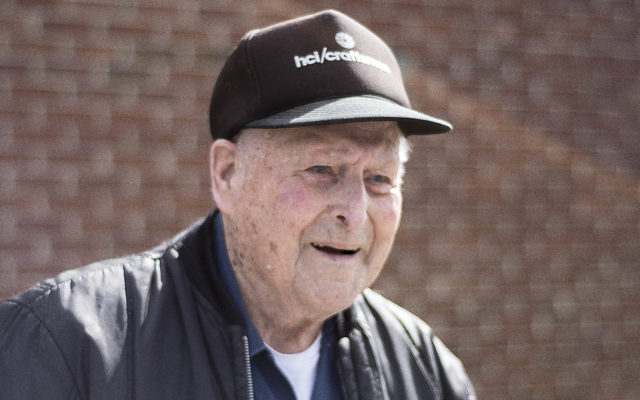 Chris Bouchard • July 25, 2019
Caribou native Philip Doody has the distinction not only of being the oldest living member of the city fire department, but also of being a founding member of the local VFW and even attending the Nuremberg trials during World War II.

Caribou native Philip Doody has the distinction not only of being the oldest living member of the city fire department, but also of being a founding member of the local VFW and even attending the Nuremberg trials during World War II.

Born on March 19, 1927, Doody first attended school in a one-room schoolhouse then moved to a separate facility for seventh and eighth grade. After that, he said he’d “had enough,” and “walked straight down” to see a local recruiter about joining the Army.

“He wouldn’t talk to me,” Doody said. “He said I was too young, but he put my name down and said he’d call when I was old enough.”

Doody signed up on his 18th birthday, and just a few days later he found himself on a train headed to Portland.

He spent his next birthday in Germany.

“We landed in Germany on Thanksgiving and it was damn cold,” he said. The frigid weather resulted in a painful case of frostbite, which inadvertently led him to attend the Nuremberg trials, a series of tribunals in which members of the Nazi party were prosecuted for carying out the Holocaust along with other horrific war crimes. 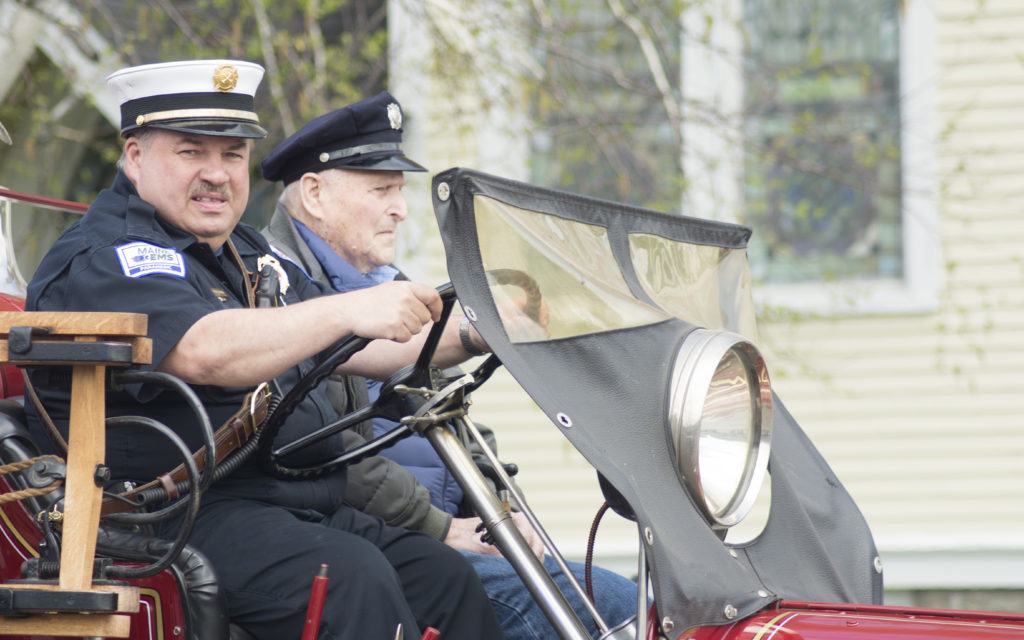 Since the frozen foot made walking a painful ordeal, Doody drove for a captain, who, Doody’s daughter Donna Fields suspected, was also a journalist because of all the places he needed to visit.

Upon arriving at the Nuremberg courthouse, the captain insisted that Doody not wait in the jeep, telling him, “This is history.”

“My sister remembers Walter Cronkite had a story for public broadcasting,” said Fields. “We were watching it with Dad and, during one scene, he said ‘There I am.’”

“I was in part of it, sitting in the third row back,” Doody recalled, “but I was only there for the last bit of it because my foot was hurting so bad.”

After serving in the military, Doody worked a number of jobs, including driving an oil truck, which is how he met his wife Beatrice.

“I saw her out raking her lawn and thought to myself ‘I need some help out home. I’m going to stop and talk to her,’” he recalled. “I asked her if she was busy. She said she had the night off and I said ‘Good, I’ll pick you up tonight,’ and that was it.”

Just a few years later, in the early 50s, Doody started working for the police station, a job his doctor made him quit due to ongoing issues with his foot.

A local official, however, soon asked him if he wanted to join the fire department.

One of the notable fires Doody recalled was on the Hackett Block, which encompassed the current police station parking lot out to much of Water Street.

“It was at a medicine distributor,” he said. “The whole back of the store caught fire. I drove down with the number two truck. When I pulled up I saw Arnold Gahagan standing here and he told me to back the truck by the bank because that’s where he needs to hook up the hose.”

Doody said he asked Gahagan if he could turn around, because he was better at going forward, but Gahagan told him, “You ain’t got time.”

He backed up, hooked onto the hydrant, and the crew fought the fire well past sunrise.

Later, Doody was part of a group of local residents who started the local VFW in Caribou, and reached out to officials at Loring Air Force Base to borrow lumber for the project.

Though he thinks people today are much different than in the ’30s and ’40s, Doody said, ultimately, “They turned out for the best.”

If anyone wants to learn more about him, he joked, they should head over to the police station.

“They got me a record there you wouldn’t believe,” he said.

Only one member of Maine’s congressional delegation had come out in favor of impeaching President Donald Trump ahead of House Speaker Nancy Pelosi’s Tuesday announcement that the Democratic-led House of Representatives would begin an impeachment inquiry.
Pets END_OF_DOCUMENT_TOKEN_TO_BE_REPLACED

Last week, we received a phone call about a cat that was in desperate need of help. The young lady said she found a cat that was very skinny and crying and that there was blood in the snow.
Campaign Corner END_OF_DOCUMENT_TOKEN_TO_BE_REPLACED