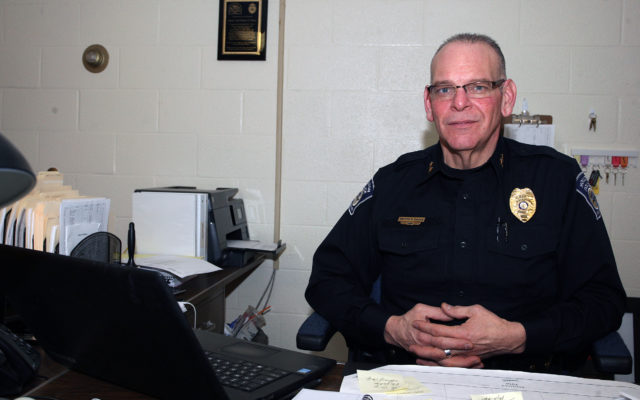 Joseph Cyr • August 5, 2019
Houlton Police Chief Tim DeLuca intends to sue his employer -- the town of Houlton -- on a claim that the actions of the town council damaged his reputation, according to a court document.

HOULTON, Maine — Houlton Police Chief Tim DeLuca intends to sue his employer — the town of Houlton — on a claim that the actions of the town council damaged his reputation, according to a court document.

A “Notice of Tort Claim” was served to the town on Thursday, Aug. 1, by DeLuca’s attorney, Kirk D. Bloomer of Houlton. A notice of claim is the first step in the process of filing a lawsuit against a municipal agency.

The chief is seeking $250,000 for “pain and suffering, impairment and anticipated future expenses,” according to the document filed in Maine Superior Court in Houlton.

The claim stems from a Jan. 14 council meeting, when DeLuca’s re-appointment as Houlton’s police chief drew a split vote from the board. Councilors William McCluskey, Sue Tortello and Chris Robinson voted to confirm the chief. Councilors Raymond Jay, Terry “Joe” McKenna and Hal Britton did not.

No one said during the meeting why they weren’t supporting his reappointment. Councilor McKenna has since resigned from the council and moved to Florida.

The court document claims that the actions of the town council “circumvented the town manager and co-opted one of Mr. DeLuca’s subordinates to conduct an illegal investigation of Mr. DeLuca.”

Additionally, the claim reports that statements made during an open council session about the chief being investigated violated his right to privacy.

Chief DeLuca declined to comment on the legal proceedings when contacted Monday morning. His attorney did not return a phone call seeking comment. Town Manager Marian Anderson also stated she could not comment.

DeLuca was hired as police chief on Jan. 3, 2017, after serving in Old Orchard Beach for 33 years.

For all it does to refresh us, burn energy and keep us sharp, we all need playtime, dogs and cats included. Sharing playtime with pets has the added benefit of strengthening the bond between us, so we better understand one another.
Campaign Corner END_OF_DOCUMENT_TOKEN_TO_BE_REPLACED