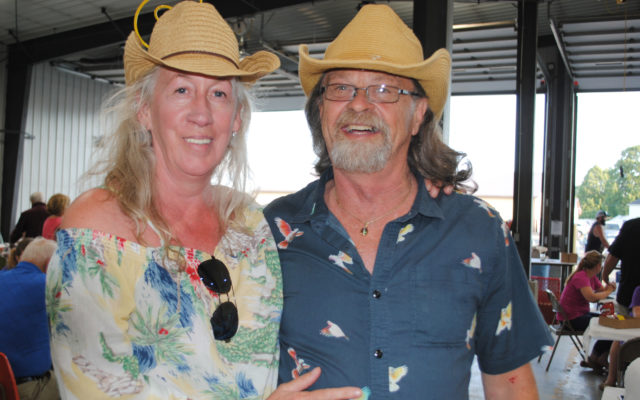 District Governor Noel Eustace from New Brunswick was the guest speaker.  He quoted many things that are important in history that happened over the years on April 26, which was the day in 1957 that the Mars Hill Rotary Club began.

He thanked the club for the many contributions they have made to their community.  He encouraged them to “Dare to be the Difference” in the community. It’s OK to promote what you do, he said, not for acknowledgement, but to let others in the community and the region to know what Rotary does.

He updated the members about the upcoming district conference in Fredericton, New Brunswick, Sept. 27 and 28, and who the keynote speakers would be.

To close the meeting, he inducted new Rotarian Tammy Hunter to the Mars Hill Club.  The assistant district governor, Cliff Rhoma, and his wife from the Limestone club were also in attendance. 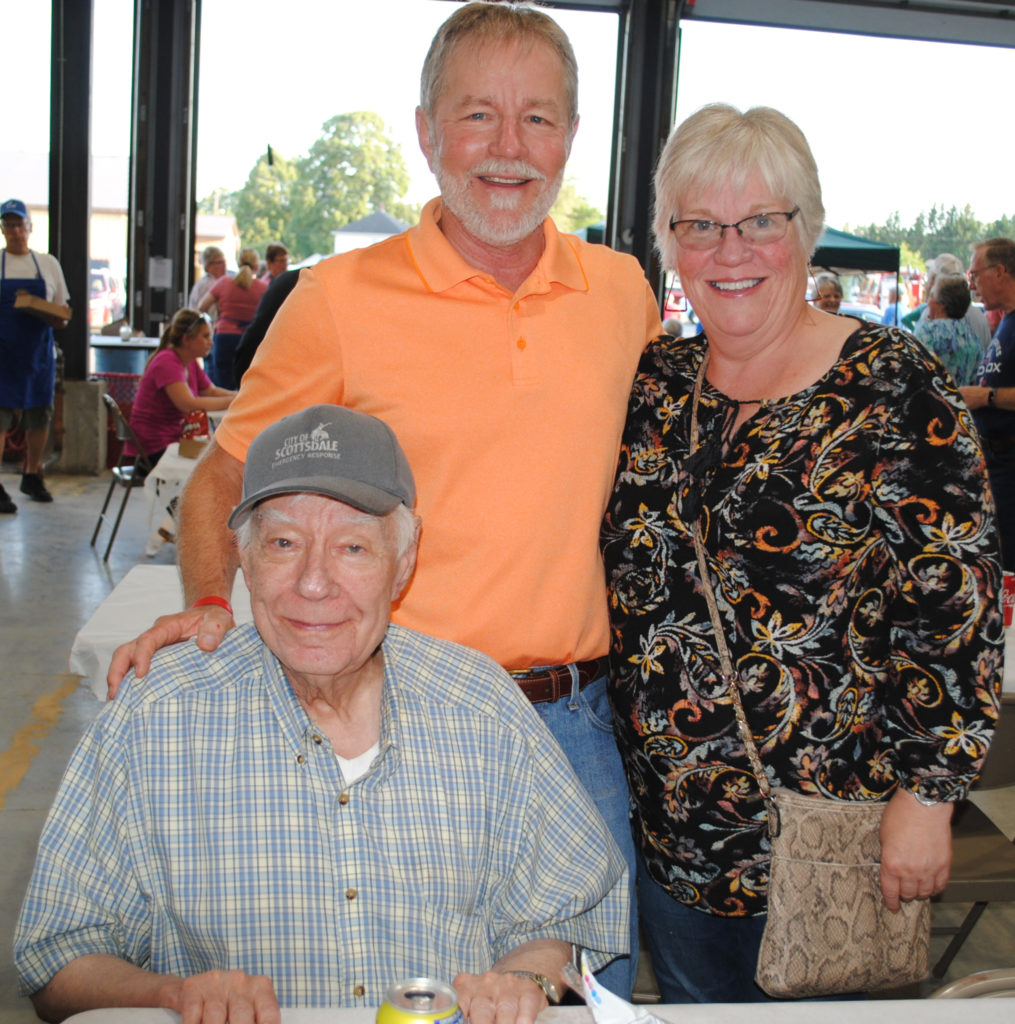 Steve Brown, seated, a retired Central Aroostook High School teacher, is pictured with son Sam of Mesa, Arizona, and daughter Anne Chapman of Presque Isle.  Steve has moved to Arizona to live with his son.
(Courtesy of Tomi Henderson)

To kick off the Mars Hill Homecoming Days, a bike parade was held at the Northern Light A.R Gould Continuing Care in Mars Hill.

Residents helped out with the voting.

More information and photos about Homecoming will appear in a future edition.