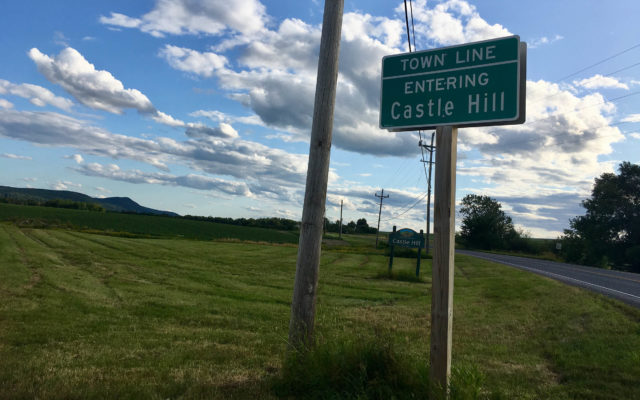 No arrests made yet in Castle Hill double homicide, investigation to continue through the weekend, authorities say

Nina Mahaleris • August 16, 2019
The investigation into the deaths of two Castle Hill men will continue through the weekend, Stephen McCausland of the Maine Department of Public Safety said Friday.

CASTLE HILL, Maine — The investigation into the deaths of two Castle Hill men will continue through the weekend, Stephen McCausland of the Maine Department of Public Safety said Friday.

No arrests have been made since authorities began investigating the case on Tuesday.

The victims, 51-year-old Roger Ellis and 25-year-old Allen Curtis, both of Castle Hill, were found dead in Ellis’ pickup truck early Tuesday morning by State Police. Autopsies of the bodies this week revealed that the two men had been shot.

State troopers initially thought they were dealing with a collision between a pickup truck and an ATV when they went to the State Road just after midnight on Tuesday responding to a call about a “suspicious noise complaint.” Later that morning, McCausland confirmed that authorities were investigating the case as a double homicide.

Since Tuesday, Maine State Police have increased their patrol presence in Castle Hill and Mapleton while investigators work to gather evidence and conduct interviews relating to the case.

Other responding agencies are working with State Police on the case including the Aroostook County Sheriff’s Office, the Maine Warden Service and the Maine Drug Enforcement Agency. Local police from Presque Isle, Caribou, Limestone and Ashland also have assisted with the case, McCausland stated.

“A double homicide anywhere in Maine is disconcerting … State Police and the other law enforcement agencies are there working the case with the goal of finding who is responsible,” McCausland said on Friday afternoon.

Authorities continue to urge people to be aware of their surroundings and those with concerns or information related to the case should call the State Police barracks in Houlton at 532-5400.

Only one member of Maine’s congressional delegation had come out in favor of impeaching President Donald Trump ahead of House Speaker Nancy Pelosi’s Tuesday announcement that the Democratic-led House of Representatives would begin an impeachment inquiry.
Pets END_OF_DOCUMENT_TOKEN_TO_BE_REPLACED

Last week, we received a phone call about a cat that was in desperate need of help. The young lady said she found a cat that was very skinny and crying and that there was blood in the snow.
Campaign Corner END_OF_DOCUMENT_TOKEN_TO_BE_REPLACED