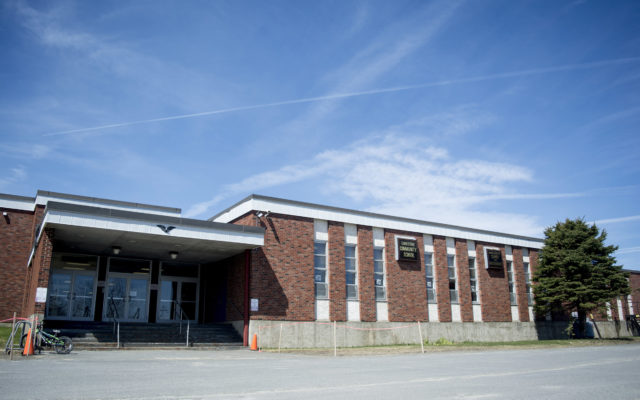 Chris Bouchard • August 19, 2019
Limestone has officially withdrawn from RSU 39, a school unit that now consists of Caribou and Stockholm, and the new school administration is gearing up for its first year as an independent school.

LIMESTONE, Maine — Limestone has officially withdrawn from RSU 39, a school unit that now consists of Caribou and Stockholm, and the new school administration is gearing up for its first year as an independent school.

Limestone Community School Principal Ben Lothrop said withdrawal will not lead to any significant programming changes within the school, adding that a number of new staff members were hired for the 2019/20 year.

Limestone’s decision to withdraw occurred in 2017 after the RSU 39 school board voted to send Limestone’s high school students to Caribou to compensate for a $1.4 million funding shortfall. Some members of the community expressed concerns that RSU 39 could, in the future, vote to close the school entirely. A petition was then circulated, and the town soon began the lengthy withdrawal process.

The separation was made official on July 1 of this year, and this year the town is responsible for a one-time cost of $150,000 for withdrawal-related fees. Altogether, school expenses resulted in an approximately $80,000 increase in Limestone’s annual budget this year.

The first day of school is scheduled for Sept. 3, and Lothrop said school officials have made numerous improvements to the building.

“Our custodial staff, along with others here, have done a ton of work on the building,” he said. “There is fresh paint in several classrooms; we’re trying to spruce up the building as much as we can.”

He added that nine new staff members were hired for the upcoming year, including teachers, ed techs, social workers and a new nurse.

Despite the new staff and coat of paint, Lothrop said the day-to-day student experience in Limestone will be “very similar to how it was in the past.”

“We’ve added some staff,” he said, “but there are a lot of familiar faces here as well.”

Other significant changes will not be noticeable to the community — things like switching out contracts for services such as internet and energy that were formerly under RSU 39.

Approximately 140 students are anticipated for the upcoming school year, which Lothrop said is “about the same as last year.”

Moving forward, Lothrop said he and everyone involved with the newly independent school are excited to get the kids back in class on Sept. 3.

“We’re all working very hard to make this a school the community can be proud of,” he concluded. “A lot of people in the community have donated their time, expertise and energy into making this a building we can all be very proud of, and a school where kids can get a nice small-town education.”

Only one member of Maine’s congressional delegation had come out in favor of impeaching President Donald Trump ahead of House Speaker Nancy Pelosi’s Tuesday announcement that the Democratic-led House of Representatives would begin an impeachment inquiry.
Pets END_OF_DOCUMENT_TOKEN_TO_BE_REPLACED

We think a cat can make for the best pet in the world. To truly love a cat, you must learn to accept them for what they are -- unpredictable and quirky, which is something unique and unlike any other pet.
Campaign Corner END_OF_DOCUMENT_TOKEN_TO_BE_REPLACED