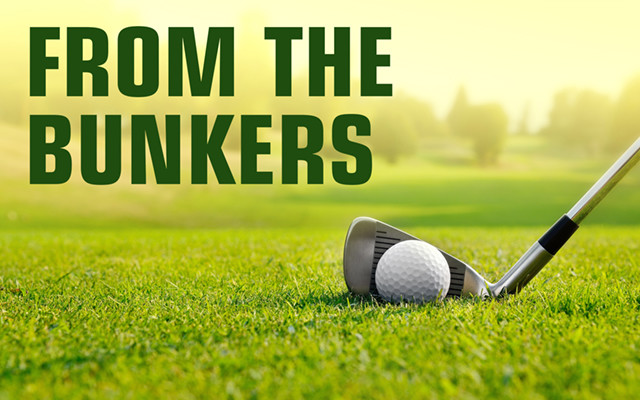 By Mike Fleming, Course Superintendent • August 19, 2019
Life is beautiful here in Aroostook County. And golf is a wonderful part of it. This week we got some much needed rain and the fairways and roughs are greening up. Our golf course has experienced substantial play this week and the comments made are that the course is in excellent shape.

Life is beautiful here in Aroostook County. And golf is a wonderful part of it. This week we got some much needed rain and the fairways and roughs are greening up. Our golf course has experienced substantial play this week and the comments made are that the course is in excellent shape.

The annual Club Championship/Presidents Cup was contested on Saturday and Sunday. The front nine on Saturday was played with a cool rain and a breeze picked up in the afternoon. After the first 18, the lead was held by Jerry York with a three under par 69. Two players followed at 75 and one at 76.

Sunday’s round was damp to start with, but the rains never came. York held off a surge by Porter Gervais and Gabe Goodwin to win the overall Club Championship. The Ladies Club Champion was Misty Marino. Junior Champion was won by Collin Moody.

Coming this weekend will be a nine-hole scramble to benefit the Houlton High School Golf team. Teams will be four persons. Call the pro shop to sign up as a team or individual. As a sidelight, you will get a chance to see if you can beat the team of Rhetta Vega, Isaac Vega, Wyatt Harvey, and Nick Brewer, last year’s High School State Champions. All the action starts at 9 a.m. Saturday.

The Babe Caron Memorial will take place Aug. 31 and Sept. 1. The teams are full, but we are taking names as alternates.

The Lakeside Restaurant served quite a crowd this weekend with the tournament going on. You can call Nancy at 694-9494 to make your reservations. You won’t be disappointed.

As I said above, many people have told me that our course is one of the nicest courses they have played here up north and many points south. Other comments concern the many ball marks left on greens, fairway divots that aren’t replaced, and of course sand bunkers that have not been raked properly. These etiquette mistakes detract from our overall appearance. Please fix your ball marks plus one when you are on the green. Rake the bunker so the next person doesn’t know you were there. It looks good and there is a feeling of true ownership. Thank you.

I hope to see you out on the course this week.

Only one member of Maine’s congressional delegation had come out in favor of impeaching President Donald Trump ahead of House Speaker Nancy Pelosi’s Tuesday announcement that the Democratic-led House of Representatives would begin an impeachment inquiry.
Pets END_OF_DOCUMENT_TOKEN_TO_BE_REPLACED

Last week, we received a phone call about a cat that was in desperate need of help. The young lady said she found a cat that was very skinny and crying and that there was blood in the snow.
Campaign Corner END_OF_DOCUMENT_TOKEN_TO_BE_REPLACED