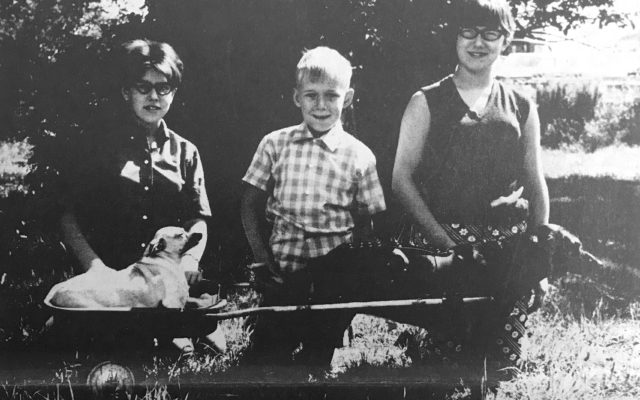 Lanette Virtanen • August 20, 2019
115 Years Ago - Aug. 19, 1904      New truck  — The fire department has recently received a new ladder truck. It is not as large or as good as the one burned in the big fire, but it will have to answer until the authorities are able to purchase a better one.

New truck  — The fire department has recently received a new ladder truck. It is not as large or as good as the one burned in the big fire, but it will have to answer until the authorities are able to purchase a better one.

New position — Dr. Harry Garrison, who has been obliged to give up the practice of dentistry on account of poor health, has gone to the Moosehead country, where he has accepted a position as a guide. Harry is thoroughly familiar with the woods and will prove a trustworthy guide for all partes under his care. It is sincerely hoped the outdoor work will restore his health and strength.

Gone to celebration — Geo. McNair was among the Houlton visitors to St. John last week to attend the two day celebration in honor of the visit of His Royal Highness the Prince of Wales.

Remodeling — B. S. Green is remodeling the basement of his store in Union Square in order to make room for his new stock.

Employed — Herbert Kinney of Houlton has been employed by Maine Potato Growers, Inc. to take charge of their buying operations here this coming year. Mr. Kinney is well known to the potato fraternity, having been employed in many different types of agricultural endeavor.

New equipment — The Houlton Publishing Company last week completed the installation of new and modern printing equipment which is designed to improve the quality of work and service in its printing department.The new installation is a Miehle Vertical automatic press, which permits much greater speed in production of the average printing job. The new press also makes possible a higher quality of printing.

At work — Several young men have been assisting the town crews this summer in various areas of work. One of the jobs was repairing pavement cracks in the taxi apron at the International Airport last week. A few of the students helping were Jerry York, Al Janson, Steve Roach and Jim Berry. York and Berry will be seniors at Houlton High School this year, while Janson and Roach were graduated in June and will be attending college this fall.

Camp winner — Paul Madigan, son of Dr. and Mrs. John Madigan of Houlton, was presented with an award for boat racing  at the Aroostook County Conservation Education Camp at Mud Lake. The presentation was made by camp director Robert England.

Only one member of Maine’s congressional delegation had come out in favor of impeaching President Donald Trump ahead of House Speaker Nancy Pelosi’s Tuesday announcement that the Democratic-led House of Representatives would begin an impeachment inquiry.
Pets END_OF_DOCUMENT_TOKEN_TO_BE_REPLACED

We think a cat can make for the best pet in the world. To truly love a cat, you must learn to accept them for what they are -- unpredictable and quirky, which is something unique and unlike any other pet.
Campaign Corner END_OF_DOCUMENT_TOKEN_TO_BE_REPLACED