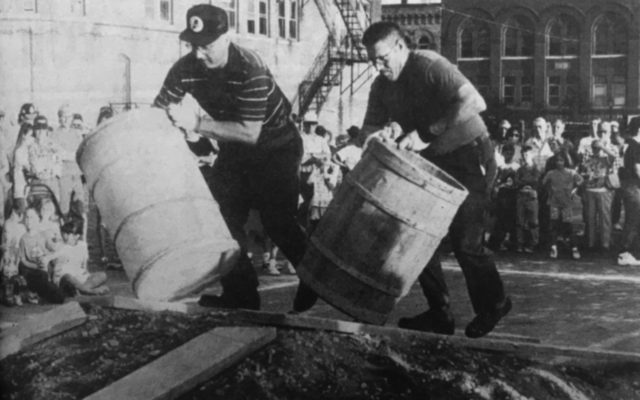 Lanette Virtanen • August 24, 2019
Dr. Sarah Randall, who has formerly been located in the Putnam block, has removed to the rooms over the Ingraham Clothing Co., formerly occupied by Miss Charlotte Kinney, where she will be pleased to receive all her old patients and any new ones who may be in need of her services.

Relocated — Dr. Sarah Randall, who has formerly been located in the Putnam block, has removed to the rooms over the Ingraham Clothing Co., formerly occupied by Miss Charlotte Kinney, where she will be pleased to receive all her old patients and any new ones who may be in need of her services.

Returned home — Lorn L. McLeod returned home Monday evening from the Boston and New York markets, where he purchased a full line of ladies’ and childrens’ garments for his store, which he will open in the Thibadeau block about Sept. 10.

Radio station — The present operators of the U.S. radio station, who have been in Houlton since last fall, will leave Houlton this week. The men who arrived here on Tuesday are regulars in the service and for the present will be in charge of Lieut. Boeder, who has been in charge since the station was established. The work of this station since the signing of the armistice has been along experimental lines and it is understood that these have been very satisfactory. The result of that work is that it will be retained by the U. S. Government as a permanent one and it will be one of three in the United States.

Gift received — Reports from every area in The County organized for the Ricker Restoration Campaign indicate vital activity and that good results are being obtained. The Houlton area came into the picture again with the announcement of a contribution of $1,000, the gift of the Birdseye-Snider Division, General Foods Corporation. Snider gave $1,000 to the Ricker Restoration Campaign.

Canning centers — The Houlton Community Canning Center, having concluded a very successful five weeks, will continue to operate at the high school under the direction of Miss Elizabeth Rowe, Home Economics instructor, for the benefit of those who have more produce to can. Estimates point to a total of over 200,000 cans of mixed produce processed in the 36 Maine centers during the seven-week season.

Old-fashioned supper — The Lumberman’s Museum in Patten held its annual bean-hole bean supper Saturday night with a record crowd attending. One of the featured attractions was the Little old biscuit maker, using reflector ovens to prepare his specialty. The menu also included backwoods gingerbread and, of course, genuine bean-hole beans.

Winner #3 — Earl J. Hall of Houlton was presented with $10 in cash by Lloyd Wilson, manager of Sampson’s, as winner of the third week in the Bazaar of Values promotion. Mr. Wilson made the presentation on behalf of the Pioneer Times, sponsors of the Bazaar of Values.

Wedding anniversary — The children of Paul and Mary Drew hosted a 50th anniversary party for their parents at the Linneus Sno-Sports Clubhouse on Aug. 6. Paul and Mary were married at Fort Sam Houston, Texas, in the post chapel on Jan. 5, 1944. Following the renewal of their vows by Pastor Ken Fox of Mapleton, a buffet meal was catered. A program of music and family remembrances was presented by sons, Dennis and Gary Drew, daughter, Peg Reynolds, and granddaughter, Christie Ruff.

Training seminar — Dana Graham, a hazardous materials tainer for the Service Employees International Union, recently spent a week in San Francisco, California, where he facilitated a training seminar on confined air space at the University of California at Berkeley.

Only one member of Maine’s congressional delegation had come out in favor of impeaching President Donald Trump ahead of House Speaker Nancy Pelosi’s Tuesday announcement that the Democratic-led House of Representatives would begin an impeachment inquiry.
Pets END_OF_DOCUMENT_TOKEN_TO_BE_REPLACED