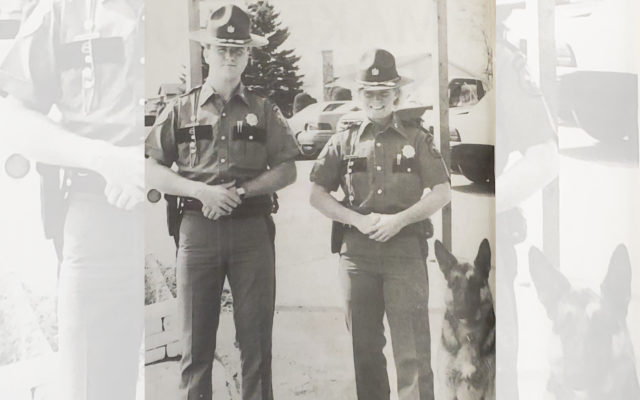 Compiled by Yvonne Tardie, Special to The County • August 24, 2019
Several of the enterprising farmers in the northeastern part of the town have formed a corporation, under the name of the Parkhurst Co-operative Co., for the purpose of engaging in certain lines of business that were locally needed.

Forming a corporation — Several of the enterprising farmers in the northeastern part of the town have formed a corporation, under the name of the Parkhurst Co-operative Co., for the purpose of engaging in certain lines of business that were locally needed. It was understood that the first enterprise in this line was the establishment of a blacksmith shop. The president was Fred D. Ashby, the secretary, Frank Ashby, and seven other leading farmers in the neighborhood constituted a board of directors.

Women’s club director — Mrs, Maude T. Porter was appointed director of District 1 of the Maine Federation of Women’s Clubs, to take the place of Mrs. Alice Cook, who resigned. The fall conference of the federation was held in Lewiston with the theme “Making the Future, Today.” Speakers included Dr. Charles F. Phillips, president of Bates College; Everett F. Greation, Ex-Secretary of the Maine Development Commission; Gov. Sewall; and others. Mrs. William F. Schoppe of Auburn, Director of District 11, was general chairman of the fall conference.

Read estate news — The Harriett Livingstone residence, situated just west of the Buswell Block, so-called, on State Street, was sold to Ralph Buzzell of this city, who planned to reside there. Harriett planned to reside in the sunny South.

Local man named to Council Post — Governor Kenneth M. Curtis announced that John Cancelarich of Presque Isle had been named to the newly created State Health Planning Council. The council’s primary function is to advise the Maine Department of Health and Welfare in carrying out its planning functions. A federal program, called “Partnership in Health,” provides funds to maintain the council.

Presque Isle girl in national event — Theresa Mays, 10, daughter of TSgt. and Mrs. Rodney Mays of Presque Isle, represented the state of Maine in the National Baton Twirling Association “America’s Youth On Parade,” contest held in Syracuse, New York. She participated in the Juvenile Miss Majorette of America pageant as she held the 1969 Miss Maine Majorette title to qualify her to represent the State of Maine. Other titles she held were 1969 Juvenile Miss Vacationland, 1969 High Point Champion, 1968 Juvenile Two Baton State Champion and 1968 Juvenile Military Strutting Champion. She had won a total of 28 trophies and 67 medals.

Bowdoin tri-captain — Rachael Cleaves of Wayne, a 1991 graduate of Presque Isle High School, was selected as one of three captains of the 1994 Bowdoin College women’s cross-country team.She joined Darcie McElwee of Caribou and Laura Kunzelmann of London, England as tri-captains. Cleaves, a two-time letter winner in cross country, had also earned two varsity letters in indoor track and three varsity letters in outdoor track. She was one of the Polar Bears’ top five cross country runners the previous season. The previous year, she earned All-New England and All-America recognition in the indoor 800-meter run, and All-NESCAC recognition with second-place finishes in the outdoor 400-meters and 800-meters. She also served as a c-captain of the indoor and outdoor women’s track teams as a junior.

Won scholarship — Donald Turner of Mapleton was the recipient of a $500 Maine Metal Products Association Scholarship Award for 1994 after being a member of the Key Bank foursome which won the MMPA Fifth Annual Golf Tournament held at Springbrook Country Club in Leeds. Turner was attending Northern Maine Technical College at the time and enrolled in the sheet metal fabricator diploma program.

Only one member of Maine’s congressional delegation had come out in favor of impeaching President Donald Trump ahead of House Speaker Nancy Pelosi’s Tuesday announcement that the Democratic-led House of Representatives would begin an impeachment inquiry.
Pets END_OF_DOCUMENT_TOKEN_TO_BE_REPLACED