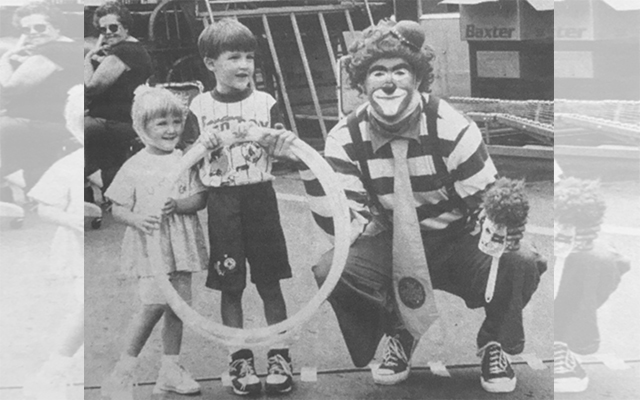 Accepted position— Miss Josephine Peabody, who has been suffering from a fractured hip, has recovered and accepted a position with Doherty & Tompkins.

Vacation — Miss Pearl Sargent, stenographer at the Houlton Trust Co., left last week by auto for Detroit, Michigan, on her vacation. Her position is being filled by Miss Louise Chamberlain, who has returned from Washington where she had a government position.

Celebrate anniversary — Tuesday, Aug. 22, Mr. and Mrs. Gred Leavitt of Ross Ridge, Littleton, celebrated their 50th anniversary at their home with and open house from 2 to 9 for all their friends and relatives. In the evening about 80 neighbors gathered to finish the celebration of this eventful day.

Contest winner — Amity Grange was the winner in Aroostook County of the prize of a $100 War bond offered in the Maine State Grange Forest Products Production Contest according to an announcement made this week by State Master E. Carroll Bean of Kenduskeag.

Drawing Pendleton winners — Charlotte Chaisson of Houlton and Glenna Gerow were each named as winners of a Pendleton suit Thursday at a drawing held at Edythe’s following a Pendleton promotion day at the ladies’ apparel store. Drawing the winning names were Mrs. Phylis Pelson, Pendleton ladies fashion coordinator, who spent the day at the store, and Willard Putnam, president of the Chamber of Commerce.

Wins sewing machine — Mrs. Charles Miner of Foxcoft Road in Houlton won a new Bradford sewing machine last week in Grant’s ‘Royal House of Bradford’ contest where customers select ice cubes from a Bradford freezer to ascertain whether or not they are winners. Dale Porter, department manager of the W.T. Grant Co. store at the Houlton Shopping Center, was there to present the sewing machine.

Nominated for award  —  Bonnie Rairdon of Houlton received a nomination for an Airplay International ‘King Eagle” Award in the Trailblazer category. An award ceremony will be held in Nashville, Tenn. Rairdon received the nomination after nominations were received from 567 country radio stations around the country and a country music panel.

Only one member of Maine’s congressional delegation had come out in favor of impeaching President Donald Trump ahead of House Speaker Nancy Pelosi’s Tuesday announcement that the Democratic-led House of Representatives would begin an impeachment inquiry.
Pets END_OF_DOCUMENT_TOKEN_TO_BE_REPLACED

We think a cat can make for the best pet in the world. To truly love a cat, you must learn to accept them for what they are -- unpredictable and quirky, which is something unique and unlike any other pet.
Campaign Corner END_OF_DOCUMENT_TOKEN_TO_BE_REPLACED