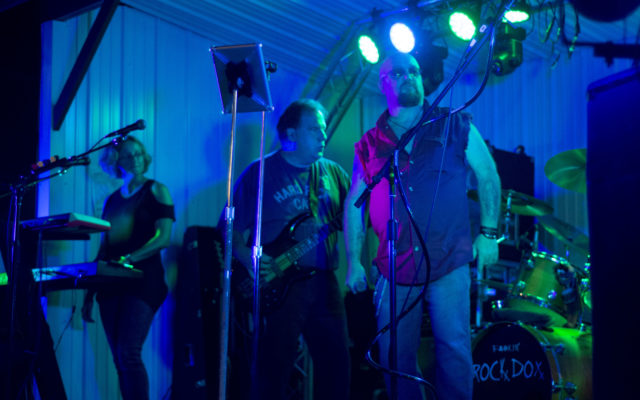 Caribou sends off the summer with final Thursdays event of 2019

Chris Bouchard • August 31, 2019
The days are getting colder, the sun is setting sooner, and the city of Caribou just hosted its final Thursdays on Sweden event of the year.

CARIBOU, Maine — The days are getting colder, the sun is setting sooner, and the city of Caribou just hosted its final Thursdays on Sweden event of the year.

Caribou’s seasonal street festival, which lands on nearly every other Thursday of the summer, has been going strong for more than half a decade, and city marketing and events coordinator Christina Kane-Gibson said this most recent series seems to have drawn in larger crowds than ever.

“Maybe I’m biased,” she said, “but I feel like it was massive this year. Every week had great bands, great crowds and great vendors. Everything is so much bigger than it’s been before.”

City officials are already looking forward to next year’s Thursdays series, and have been approached by bands hoping to play in 2020.

In addition to providing a space for dozens of local vendors to sell items, crafts, food and a myriad of other offerings, each Thursdays event carries a unique theme. The kick-off event on June 6 was called “Vikings Night,” and guests were encouraged to wear colors of the school sports team to show their support.

The city also held a special Thursdays event to coincide with its three-day-long “Caribou Days” series, which this year featured a parade and three performances of the Zerbini Family Circus.

With Thursdays on Sweden being an outdoor event, rain can have a negative impact on the festivities, causing it to move to the Caribou Wellness and Recreation Center on Bennett Drive. The indoor events, while still receiving a few hundred guests, have a drastically lower number of attendants and vendors.

Thankfully, only one Thursdays event this year was moved inside.

Sponsored events were also a new addition to Thursdays, and the city had three of them in 2019. Katahdin Trust Company sponsored the indoor event, which also coincided with its recent 100th anniversary. S.W. Collins sponsored the reunion night event, and Machias Savings Bank sponsored karaoke night.

Sitel, a local call center, also sponsored the stage for each Thursdays event this year.

While the final Thursdays event, which featured music from The Rock Dox, capped off the summer, Caribou still has plenty of events planned for the remainder of 2019.

The Caribou Marathon is just weeks away, and on Sept. 14 and 15 hundreds of runners will participate in the Boston Marathon qualifying event.

The city has matched the number of sign-ups from last year, and Kane-Gibson anticipates about 100 more as the city typically sees a spike in runner registrations just before the Sept. 8 deadline.

Looking ahead, the city will hold an Arts and Crafts Fair on Oct. 19, at Caribou High School, in addition to a series of holiday events in December.

“It really is sad to end it for the summer,” she said. “You feel like it went by so fast. But time goes by fast before the next one, too, because we’re starting to plan for the next year. We’ll see everyone back out here soon.”

Only one member of Maine’s congressional delegation had come out in favor of impeaching President Donald Trump ahead of House Speaker Nancy Pelosi’s Tuesday announcement that the Democratic-led House of Representatives would begin an impeachment inquiry.
Pets END_OF_DOCUMENT_TOKEN_TO_BE_REPLACED

We think a cat can make for the best pet in the world. To truly love a cat, you must learn to accept them for what they are -- unpredictable and quirky, which is something unique and unlike any other pet.
Campaign Corner END_OF_DOCUMENT_TOKEN_TO_BE_REPLACED